Sunday night in Nea Smirni, a traditional Greek rock neighborhood that lately got a new live venue, Area 22, with Outloud closing their mini tour, along with Reload, and Fallen Arise.

The club was crowded from early on, and there were plenty of youngsters around, which is always pleasant. Especially when they can sing the songs from the bands they are watching note for note, and cheer like crazy throughout the show!

Fallen Arise opened the show with their atmospheric metal, being a bit out of the show’s style, a thing that didn’t put down the first rows that responded to the band pretty well. The mix of female with male vocals, and clean to grainy was performed great from Spyla and Chris. Except from their own material they played a cover of “Everytime We Touch” which was brought into the band’s style. There was some nervousness, stress, and probably lack of stage experience, but the crowd’s reactions was more than heartwarming for Fallen Arise. 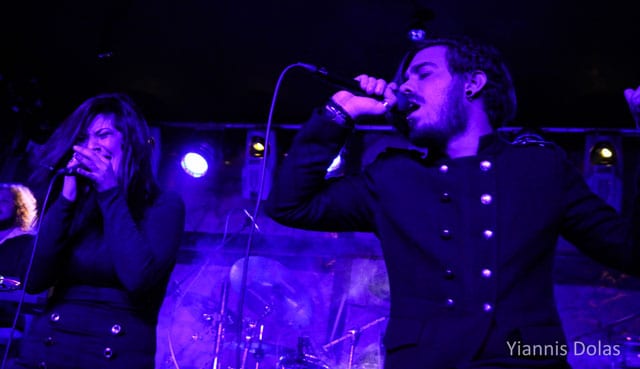 Reload toured with Outloud, and were up next on stage after Fallen Arise. Certainly their style was much closer to the headliners, while they seemed pretty at ease and powerful on stage. I’ve never heard anything from them before and I have to say they left me with a very positive impression, especially “Higher” with the acoustic guitar intro that reminded me of Riot! Again, there was some fanatic followers of the band that made their presence heard by singing Reload’s songs note for note. I’d love to see them again live having checked out their debut album.

Setlist: Give In To The Night, Come Back, Candle In The Night, Longin For Your Love, Prince Of Steel, Higher, Fight, Road To Neverland, Superhero 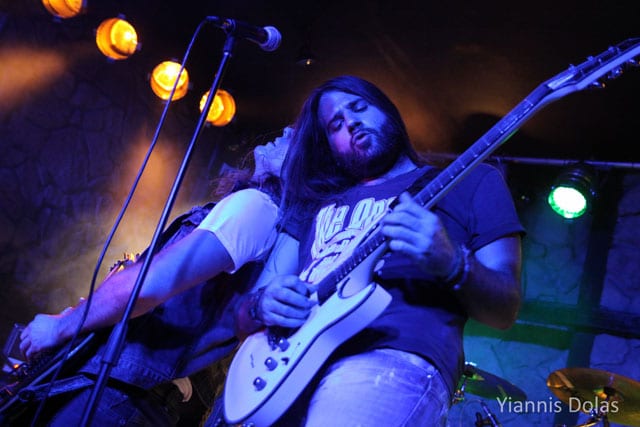 The night’s headliners, the band that most of the people at Area 22 wanted to see, Outloud, took the stage by storm with “Death Rock” and “One More Time” both from their recent “Let’s Get Serious” album, back to back. Once more their smiles and positive energy drove the audience wild, not that they needed to much help on that! That was the third time I saw them playing live, and I think it was the best until the next one! Despite the fact that Outloud’s lineup was featuring some replacements due to several reasons, the band we saw at Area 22 was really tight, played great and their stage presence was pretty good as well. Chandler on vocals was pretty good on any given song, while Bob Katsionis focused more on his guitar playing that the keyboards, as he always does with Outloud. 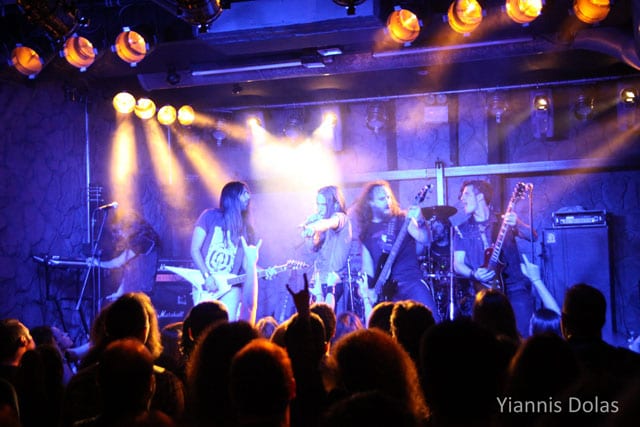 On “I Was So Blind” the place went berserk reminding us of a more heavy metal show, while their choice of covering Judas Priest’s “Hell Bent For Leather” was impressive. Other high points of the show was the other cover on O.M.D.’s “Enola Gay”, my favorite “Broken Sleep” from the first album, “Waiting For Your Love” from “Love Catastrophe” and of course “We Run”, which was kept for last. But, it wasn’t the song that closed the show as shortly after that Bob inviterd everyone on stage to play “I Was So Blind” again! You get the picture… Fans of every age found themselves on Area 22 stage with the band – that was a serious test for the venue! Those left off the stage had to help bassist Dimitris Skordilis, and Chandler to perform two mini stage dives!


All in all it was a pretty good show with three bands giving their best, pretty good sound, a new venue that leaves great expectations, and the presence of a younger audience, which is actually a good sign for Greek bands, and the entire scene in Greece as well.

Setlist: Death Rock, One More Time, Isolation Game, I Was So Blind, What I Need, Tonight, It Really Doesn’t Matter, Let’s Get Serious, A While To Go, Broken Sleep, Enola Gay, Waiting For Your Love, Hell Bent For Leather (Judas Priest), Outloud, We Run, I Was So Blind 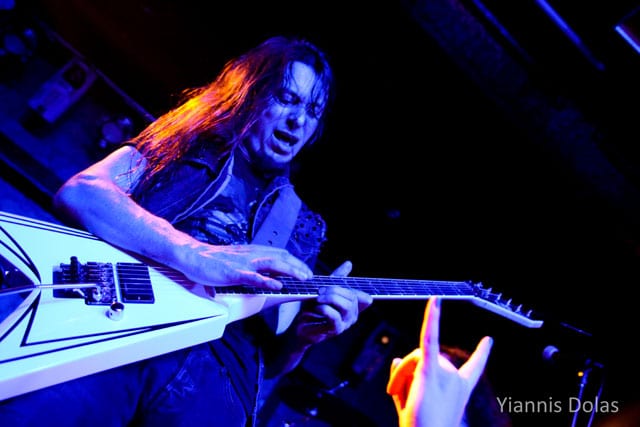