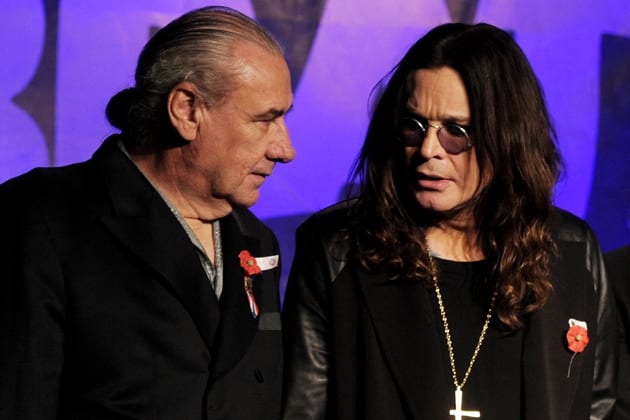 Now Ozzy’s firing back, saying not only is Bill unhealthy, he’s fat, too.

“I don’t think he could have done the gig, to be honest. He’s incredibly overweight,” Osbourne told the NY Daily News. “A drummer has to be in shape. He’s already had two heart attacks. I don’t want to be responsible for his life.”

Previously, Ozzy publicly questioned Bill’s mental faculties, telling a British music magazine that during initial rehearsals for the reunion tour, Ward had a bunch of Post-It notes all over his drums. When Osbourne asked what they were for, Bill allegedly replied that he needed them to remember what he was doing.