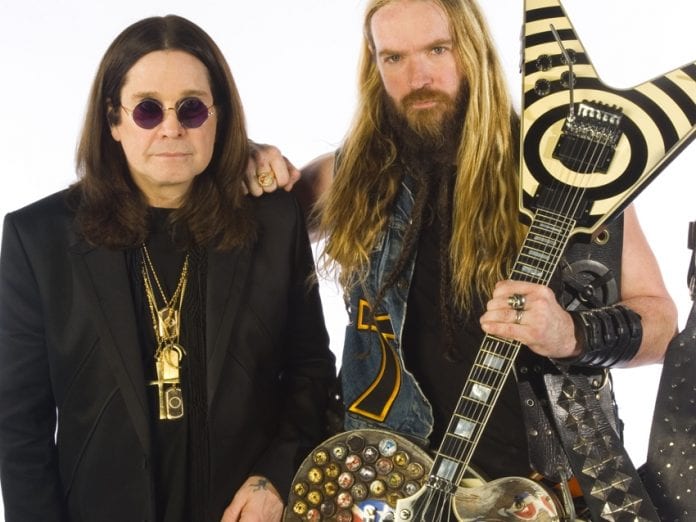 For the first time in more than a decade, Ozzy Osbourne and Zakk Wylde are together again.
Known as one of rock’s most lethal singer and guitarist pairings, the two will hit the road for a series of Ozzy headlining shows in the U.S. this summer and fall, beginning July 14.
While they’ve performed together over the years, these shows are the first collaboration for the duo for a full tour since 2006. These dates also mark Ozzy’s first solo tour in the U.S. in years beyond one Ozzy & Friends performance at the Voodoo Music + Arts Experience in New Orleans, LA in October 2015.
Ozzy and Zakk first teamed up 30 years ago when Zakk (whom Ozzy describes as “a fucking absolutely amazing guitar player”) joined Ozzy’s band in 1987; they last recorded in 2007 on Ozzy’s acclaimed “Black Rain” album.
In addition to reuniting with Zakk Wylde on guitar, Ozzy’s band will include longtime collaborators Rob “Blasko” Nicholson (bass), Tommy Clufetos (drums) and Adam Wakeman (keyboards). Ozzy’s tour dates kick off in July at the Rock USA festival in Oshkosh, Wisconisn, with additional dates to be announced in the coming weeks.