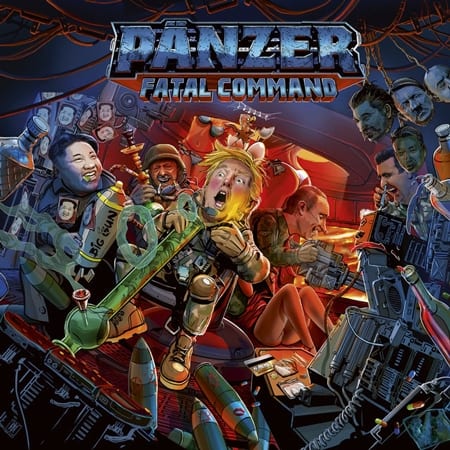 Heavy metal supergroup Panzer, consisted of Schmier (Destruction), Pontus Norgren (Hammerfall), V.O. Pulver (G.U.R.D., Poltergeist) and Stefan Schwarzmann (Accept) is back with its sophomore album, “Fatal Command”. The release is scheduled for October 6th through Nuclear Blast. Almost 3 years ago the band released its debut, “Send Them All To Hell” and since then Herman Frank left the band to focus on his solo project. Below you can watch a video from the first song that the band shared publicly, “Satan’s Hollow”. Schmier comments: “We pay tribute to our early days and the era of NWOBHM. The new songs are faster, heavier, catchy and even more melodic, without being commercial at all. We wanna keep the old and original metal spirit alive.”