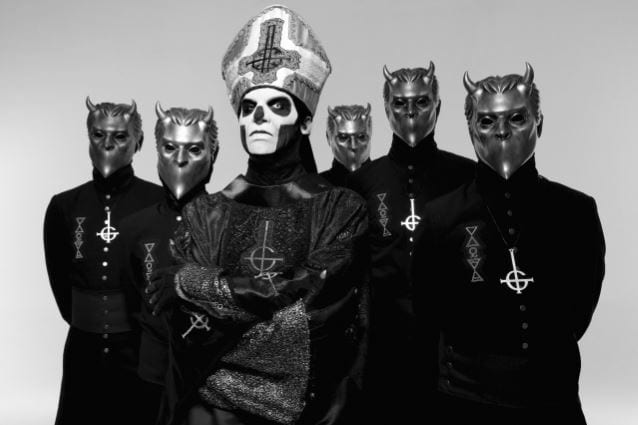 According to Corren.se, GHOST lead singer and founder Tobias Forge — who performs as Papa Emeritus — is being sued by four former members of the band who are accusing him of cheating them out of their rightful share of the profits from the group’s album releases and world tours.
The lawsuit, which was filed in the district court of Linköping, Sweden, where GHOST was originally based, claims that Forge solely controlled the band’s business affairs without input from anyone else in the group. The four musicians furthermore state that a partnership agreement existed between them and Forge which put Tobias in charge of carrying out the company’s management duties.