I don’t think that this great band from Halifax needs a special introduction. From the pioneers of the doom/death sound, together of course with their countrymen My Dying Bride and Anathema. A journey of thirty years, fifteen studio albums (with most of them being iconic) and with a sound that laid the foundation of a whole scene. The times they have visited Greece is a number unknown, even to them. If you are a fan of them and never seen them before until now, you are doing something wrong. But why they keep coming back? There must be a reason. Well, because they are a great band (again) and we love them. Need more than that? 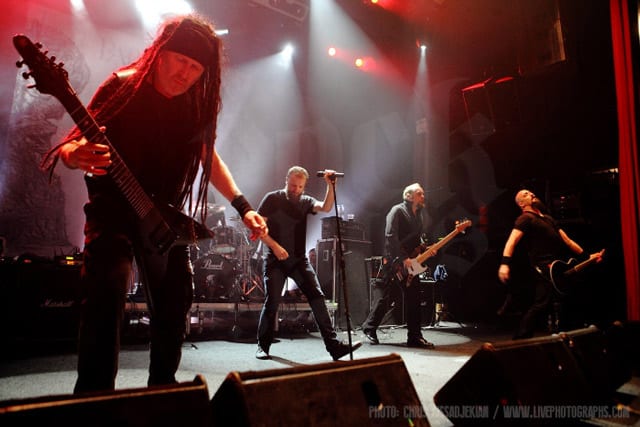 As for me, attending their show wasn’t a hard choice to make. Firstly, there are many years since I saw them for the last time, so I need a (simple) reminder. Secondly, the melancholy of their music is perfect for the winter cold outside and the best antidote to all the flashing holiday lights in every corner of the town. Thirdly, as I mentioned above, this year they celebrate their 30th anniversary. This makes me believe that they will have planned something special for us. The Greek audience honors them with its presence every time, so they know best what to do to repay the favor.

Another reason is that they missed their early days. I think I saw it coming. From one side, Vallenfyre. The (sadly, now broken-up) old-school death metal project of their guitarist Greg Mackintosh. From the other side, the return of the growls of Nick Holmes who joined Bloodbath. Their previous album “The Plague Within” confirmed that, until the last one “Medusa” came and blew me away. A dark doom/death metal gem that shows the huge quality they have because they don’t just return to their roots for the sake of nostalgia, but they create songs that are simply amazing. Really impressive. Also, an interesting and unusual fact is that they keep a steady line-up. Besides the aforementioned Greg and Nick, guitarist Aaron Aedy and bassist Stephen Edmondson are together since the beginning of the band and the only changes were the ones behind the drum-kit, where Waltteri Vayrynen from Finland sits there since last year.

But, putting all of these aside, this sound keeps having their indelible mark. You can call it doom/death metal or atmospheric doom metal or gothic metal, it doesn’t matter. These Brits have influenced it like no other. Jonas Renske from the mighty Katatonia once said that his band started as Paradise Lost fanboys. This is a strong statement and says a lot about their grandeur. They are the Shadowkings. 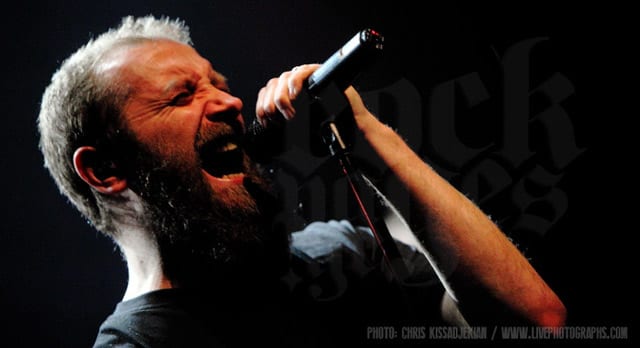