This was the third time that David Surkamp proved from the stage that the rumors about his passing was false. It’s not possible for anyone to be livelier than this really! And to prove this the frontman of the American progsters gave us a full show that lasted more than 135 minutes honoring the two albums of Pavlov Dog that we loved so much, “Pampered Menial” (1975) and “At The Sound Of The Bell” (1976)! 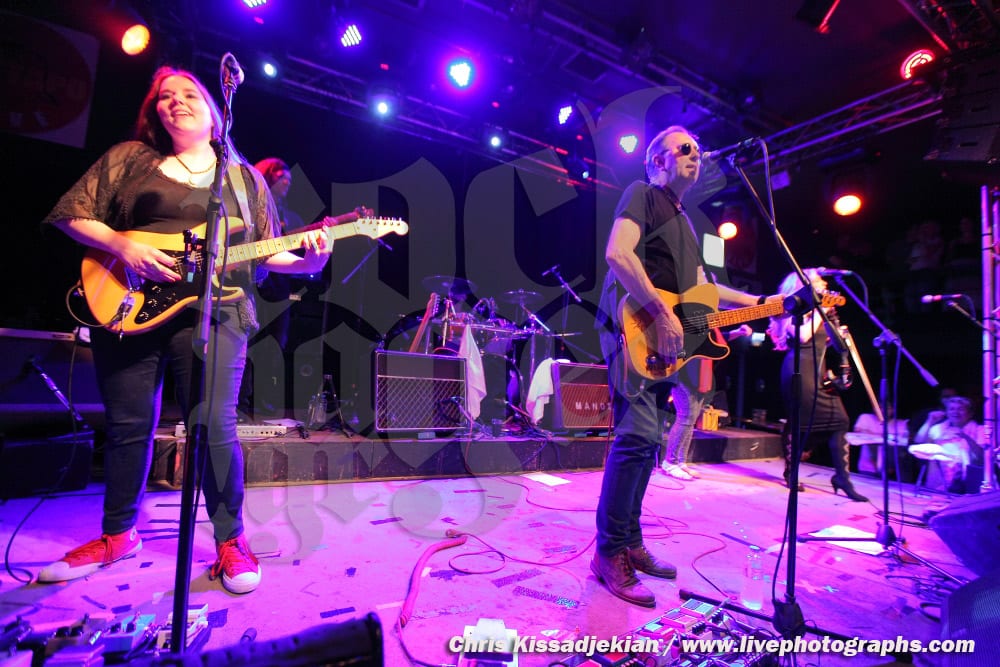 Accompanied by his beloved (as he confessed through the mic more than once) partner in life, Sarah, who sung decently and occasionally played the guitar the composer proved that his backing band choice is a great one, except maybe Mike Safron on drums who seemed a bit stiff. Still, we enjoyed the amazing Rick Steiling on bass, Nathan Jatcko on keyboards and the younger and shiny Abbie Steiling on violin and Amanda McCoy on guitar. 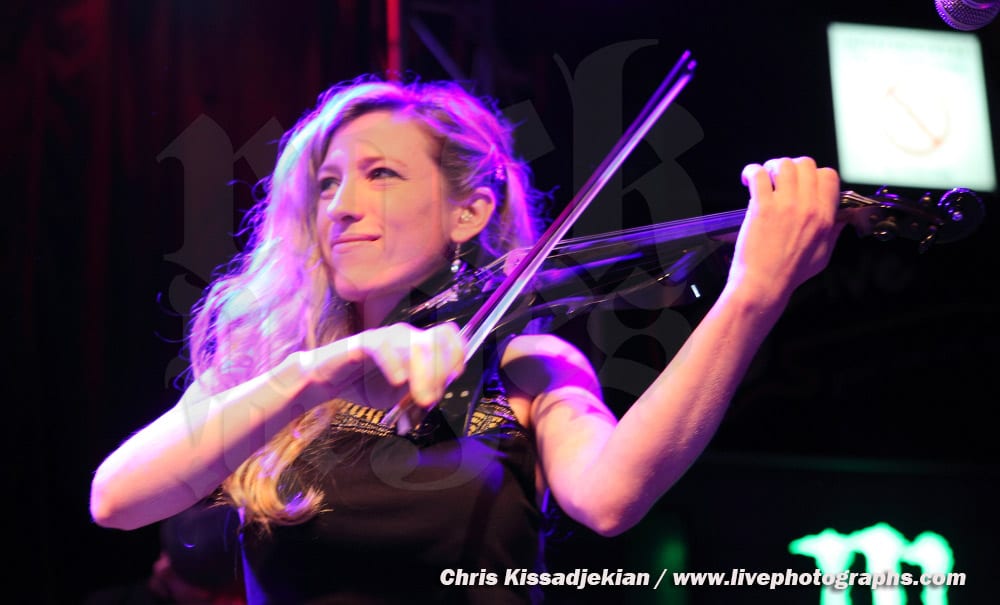 And if all of us had to draw comparisons between “then” and “now”, even subconsciously, those with a cool head noticed that Surkamp’s very special vocal abilities, that put him up with monsters like Demis Roussos and Eystratios Dimitriou from Area, obey to nature’s laws and are surely affected by time. Taking this for granted the singer’s performance was pretty good choosing to keep his range a bit lower. As for his energy and passion on stage, there was no holding back there. 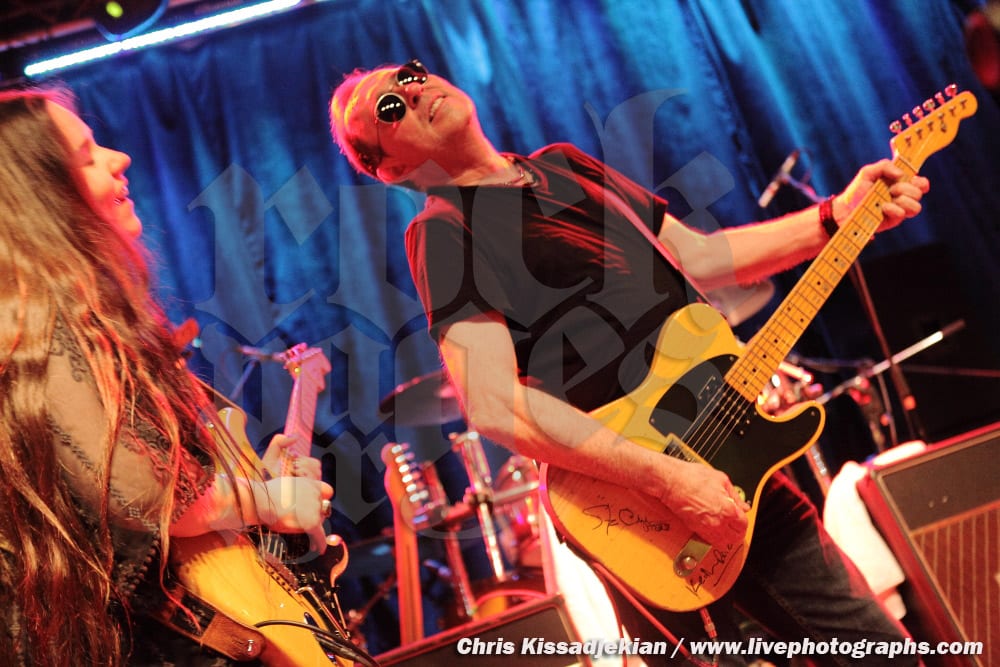 As an icing to the cake came his solo performance of Procol Harum’s “Whites Shade Of Pale” that was spontaneous. And yes, he provoked my curiosity about whose signatures could be seen on his Telecaster. I took the chance and asked him when he got on stage all alone to tune the guitar. “Could you please tell us whose signatures are those”, I asked, “of course”, he replied, “it’s my friend’s and compatriot’s who was a founding member of Booker T & The MG’s, Steve Cropper and the other one belongs to Procol Harum’s Keith Reed, who I bumped into accidentally”. And he starts playing the song…
The night was concluded with “Angel’s Twilight Jump” and “Julia” that made the crowd smile happily and applaud warmly.

Το playlist: Echo & Boo, Late November, Fast Gun, Crying Forever, We All Die Alone, Preludin’, Canadian Rain, Standing Here with You (Megan’s Song) , Wrong, Try to Hang On, One of These Days, Walk Away, Only You, I Don’t Do So Good Without You, Episode, Did You See Him Cry, Song Dance, Valkerie 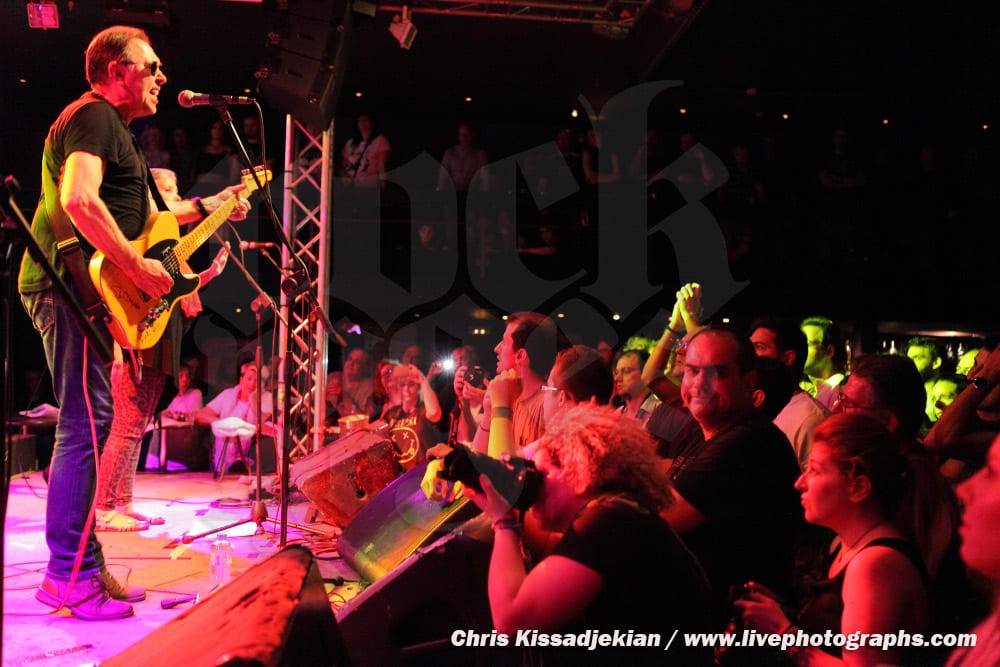