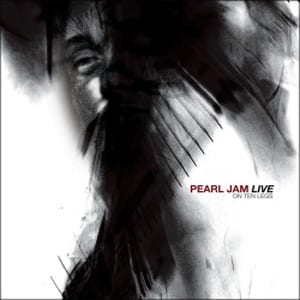 It is certain that the title of this, second live album, from the Seattle band will lead you to their first, “Live On Two Legs”, released in 1998. You may also wonder about the meaning of this official Live by a band that releases all of their live gigs in albums.
The specific album is aiming for the Pearl Jam audience in general; it would be nice for such an audience to have a sample of the band’s live appearances during their second era (let’s call that second era, shall we?). “Live On Ten Legs” consists of eighteen live-recorded songs spanning through their tours from 2003 to 2010, and it is actually a release celebrating their 20 years on the road.
So, it doesn’t matter what I write there’s nothing more important than the essence Pearl Jam express through their music on stage. Amazing performances, incredible vibes and exactly what you expect from a live album. Although I personally like live albums coming from one concert, I can not help but bow to what I’ve heard. When listening to songs like “Jeremy”, “Rearviewmirror”, “Alive” or “Animal”, everything else is nothing but words.
“Live On Ten Legs” is a necessary addition to your album collection, if you don’t have anything live recorded from Pearl Jam. We must also underline that this will also be released as a double vinyl (the band does that for every release), whilst, for the fans only and people willing to spend more money, there is the deluxe edition, featuring the c.d., double vinyl, four posters, five live photos and a touring laminate pass.