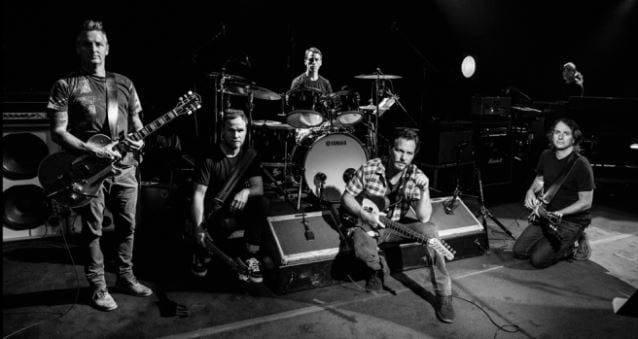 PEARL JAM has invited all five of the band’s drummers — Dave Krusen, Matt Chamberlain, Dave Abbruzzese, Jack Irons and Matt Cameron — to its upcoming Rock And Roll Hall Of Fame induction ceremony.
Only original drummer Dave Krusen and current drummer Matt Cameron have been chosen for induction by the Hall. Abbruzzese, Jack Irons and brief interim drummer Matt Chamberlain have been left out.
Abbruzzese joined the band in 1991 for the “Ten” tour, and played on two of its biggest and most important albums, 1993’s “Vs.” and 1994’s “Vitalogy”. His stint with the group ended that year, after which Irons came on board for a four-year run.