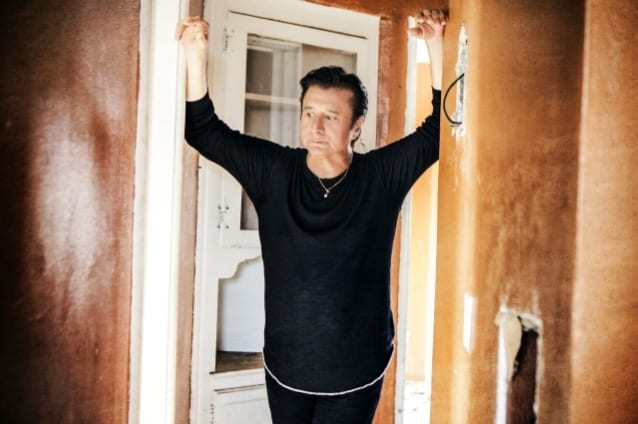 106.7 Lite FM recently conducted an interview with former JOURNEY singer Steve Perry about his upcoming comeback solo effort, “Traces”.
He was asked about the possibility of returning to JOURNEY:
Steve: “No. I think that we’ve gone on our separate ways and we’re doing great. Arnel [Pineda] is a great singer and he’s been in the band for ten years, but yeah, I don’t think that’s where I’m at right now. It took forever for me to find the passion for music again because I felt it was kind of damaged. I thought I would never feel that love again for music, so I had to walk. Now that I’ve found that again — I have so many other songs ready to be recorded.”