On the other side of the phone line the legendary Phil Campbell, Motorhead’s veteran in a new beginning with his –not so new band- with his three sons, Phil Campbell & The Bastard Sons. I was the reason for a 10-minute delay, but Phil was cool. He was worried and concerned about the recent wildfires that hit Attica. “What happened there, what tragedy was that?”, he asked in shock. At least he is excited about the coming Greek dates, but always bitter about the end of Motorhead and how it happened. During our chat we talked about a lot interesting stuff in a sort but juicy interview… Yiannis Dolas 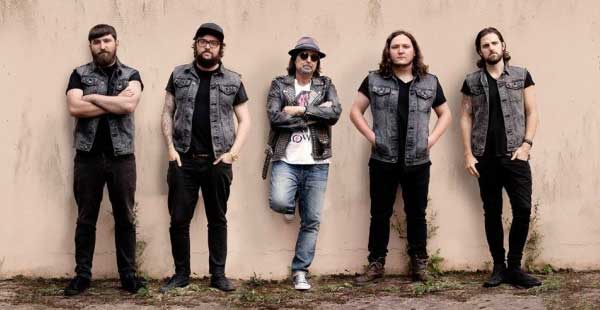 Rockpages.gr: So can you tell me about how is it to be in a band with your sons?

Phil Campbell: Ah, I’ve been doing it for about six years. We’ve always played together since my boys were young. They are all lilke four years apart in their age group. Whevever they were old enough to pick up an instrument I sat them behind a drum kit and put a guitar in their hands and they learned how to play and stuff. So, it’s always been in the family. While I was still in Motorhead we’ve had the All Star band still going. When Motorhead finished we changed the name. Later, we started writing our own material, so it go a bit more serious, but it’s coming great now.

Rockpages.gr: Did the guys like Motorhead and are they influenced by them, not only because you were in the band?

Phil Campbell: Yeah, yeah! The good thing about the Bastard Sons is that I have my influences from the late ‘60s, ‘70s, ‘80s, ‘90s and they have their influences. And yeah, they used to come to see Motorhead quite a lot. And they liked us, but they also have their own particular likes and influences. Bands like Nirvana and all different things. When we put it together then it helps. Sometimes you can hear it in the music, you know, our new songs. It’s a good thing.

Rockpages.gr: Actually, to tell you the truth the album sounds more fresh and modern than I expected, not like something Motorhead would have done, or a classic metal thing. What do you think?

Phil Campbell: I never thought Motorhead was a metal band. Lemmy always said we were a rock’n’roll band. I play very heavy blues guitar. I don’t play heavy metal guitar. The Bastard Sons we don’t think we are a metal band, there is too many categories in music. In a record store they have hard rock section, jazz, metal, folk. They should just have the name of the artist. A to Z. For some people missing out. There could be something they would really like, but because there is a jazz section, or it’s under something else. If it wasn’t, maybe they would pick it up and listen. I think music is universal and it’s not a good idea to categorize it too much. I never liked being called “heavy metal”. I am not.  When it comes to my lead guitar playing, that’s blues playing mate. As long as the listener likes it call it what they want. It’s out of my control. I hope they like the songs.

Rockpages.gr: How does it feel to be in a new band, although you are not new in music?

Phil Campbell: It’s fresh isn’t it? It’s a rebirth. It’s a very unique dynamic to be in a band with three of your kids playing great rock music. We are having a lot of fun. The five of us are writing songs. I like that part because I have more input from four other musicians, instead of two. Motorhead was wonderful but all things end. We did an amazing body of work with Motorhead, stuff that I am very very proud of, but it ended unfortunately. So, we are doing this now. We started off doing it for fun, but people kind of liked us, we played in some big festivals and people were going crazy. So, it’s tagging along really good. We’ve got three Greek shows coming up! We’re going to have a good Greek time! We’re gonna kick your Greek asses, OK? The Parthenon may collapse, you know… 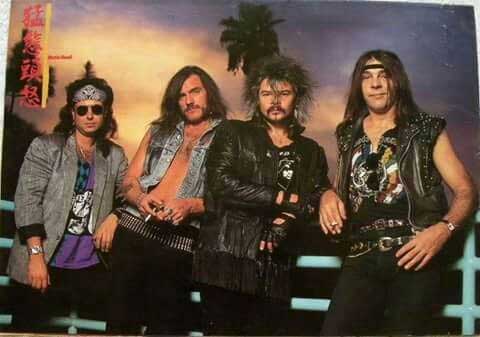 Rockpages.gr: I guess you and Mikkey have talked about it, is there any plan for a tribute to Lemmy and maybe the official end of Motorhead? Have you thought about that? Have you decided anything yet?

Phil Campbell: We are talking about one or two major tribute shows at some point, but it’s gotta be done right, so there is nothing coming up shortly.

Rockpages.gr: What would you say that it was the best Motorhead album you played on?

Rockpages.gr: …and the most underrated one?

Phil Campbell: Eehmm, all the others! No, I don’t know they are all good in their own way and age. A lot of them could have been better. Underrated? Hhhmmm, oh that’s a tough one! Probably, “Snake Bite Love”.

Rockpages.gr: Wow! I love this album!

Phil Campbell: Yeah, it’s good! It’s got some really cool stuff on it.

Rockpages.gr: Actually, today is the anniversary of the release of “Orgasmatron”(Ed: the interview took place on August 9th), what can you remember from that era?

Phil Campbell: Well, that was the first time we met the Guns’n’Roses guys! We were recording in London and I think they were over to do the Marquee show. Before “Appetite For Destruction” came out. One of our roadies brought them down to the studio. Slash, Duff and everything… so, it was pretty wild that time down there.

Rockpages.gr: Can you remember – I am sure you do- the first time you met Lemmy?

Phil Campbell: Yeah, it was at the Hawkwind concert when I was 12 in Cardiff. The concert was amazing, absolutely brilliant. The music and the lights… After the show he came out to the lobby and signed my program. And I still have it somewhere, it’s an old style autograph. Ahhh Lemmy signed it!

Rockpages.gr: And how did you feel when you actually joined Motorhead?

Phil Campbell: Excited and scared at the same time! 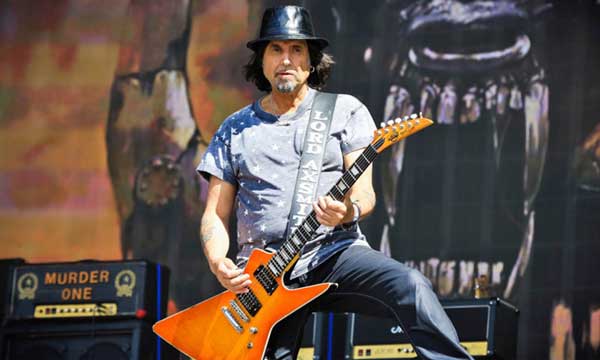