Shortly after the performance with his all star band at Hard Rock Hell festival, Phil Campbell talks with Dimitris Kazantzis for this project with which he dealt in late 2013, the guitars he uses and also his experiences from his visits with Motorhead in Greece.

Rockpages.gr: Phil, tell me a few words about this project. Are you planning a release? 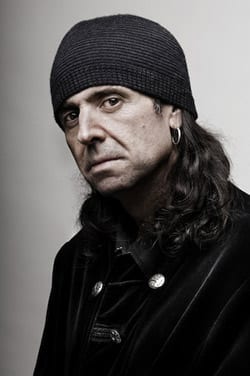 Phil Campbell: No, not at the moment. We are just doing a few shows at the beginning of next year and maybe we are gonna do a new album in the future but I can’t really tell.

Rockpages.gr: What need drove you to form this band after being a successful musician for many years?

Phil Campbell:  Just wanted to do something different and have fun…just play some of my favorite songs.

Rockpages.gr: Checking out the rest members of the band I noticed that they are good musicians. Is this collaboration the result of your own research or did you know them from previous projects?

Phil Campbell: Yes, they are great musicians but it’s really an ongoing thing…there are no rules. So, there wasn’t much research for this one.

Rockpages.gr: Are you planning a tour for 2014?

Phil Campbell: I think it’s gonna be Bergen and Mordred. But in 2014 I’m gonna focus on Motorhead. I think it will be a good year.

Rockpages.gr: The LAG and TC Ellis guitars which you use aren’t much known. What drew you to use these guitars to play with?

Phil Campbell: I just like them; they are good guitars. Phil Campbell only plays with the best guitars, you know…

Rockpages.gr: I’ve been always wondering so please do tell me, are you a guitarist who studied at a music school or a self-taught one?

Phil Campbell: No school. I am a self taught musician. 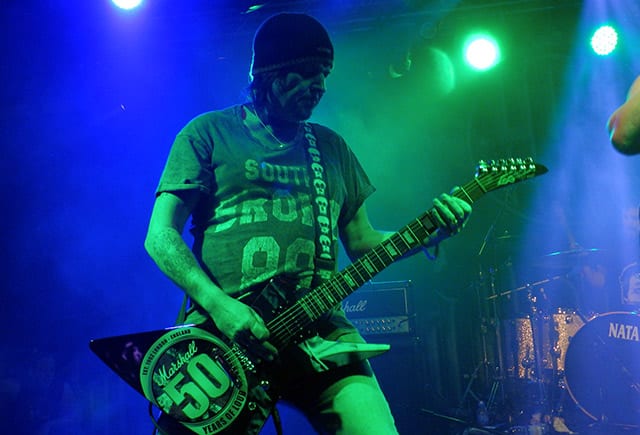 Rockpages.gr: Being an experienced guitarist, can you tell after watching a guitarist performing on stage if he has studied the guitar or he is a self-taught one?

Phil Campbell: Good question…uhh….I really don’t know. Probably I could tell but I wouldn’t be 100% sure. 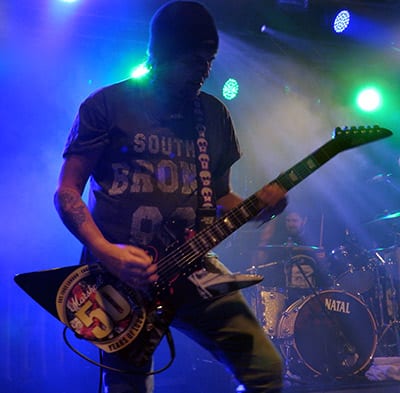 Rockpages.gr: I have already asked Mikkey Dee and I want to ask you too. I’m sure you remember that awful 2004 festival in Athens you performed with Motorhead on the beach. If I was a musician I would have found this offensive. What’s your point of view? You were performing on a “moving” stage, am I right?

Phil Campbell: I remember that…this was with Anthrax, right…well, I didn’t expect that. When the stage moves, there is nothing you can do about it, you know. It was really not a good gig.

Rockpages.gr: Last year, Persian Risk reunited. Have you been approached to join them?

Phil Campbell: No…I just came up on stage with them and did 2-3 songs in Cardiff, Wales. It was just a fun thing to do with my old band. CAL, the singer, is a great guy and a hell of a singer. Persian Risk is a good band and I was happy to play some songs with them.

Rockpages.gr: What is your opinion for reunions like this?

Phil Campbell: Well, the most important thing is the time factor. Lots of people are busy with what they are doing; with their various projects. As long as it’s fun, I am sure it is a good thing for the fans.

Rockpages.gr: It’s been a long time since you last visited Greece, for business reasons at least. Should I tell the audience to expect something from you?

Phil Campbell: Last time we landed in Greece you won a Football Cup (ed.note: Phil refers to the European Footbal Cup that the Greek team won in 2004. But, Motorhead had played one more time in Greece, after that, in 2007). Everyone in Greece was celebrating (laughs)! It took us 3 hours to get to our hotel from the airport…brilliant! As for our fans, check out our latest record “Aftershock” and we hope to play in Greece in summer. See you soon. 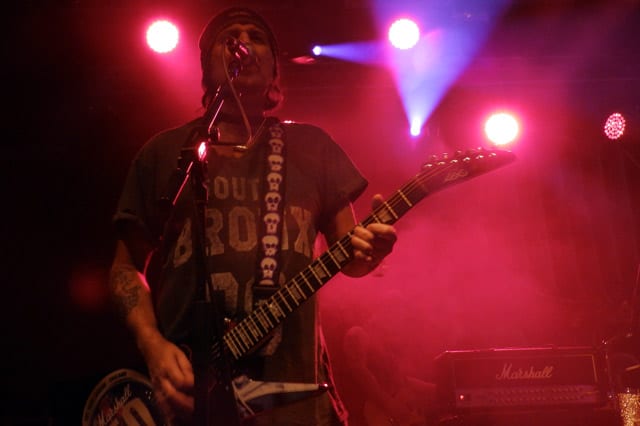