The Greek audience seems to appreciate the good underground music scene. And this is apparent by the large turnout the gig had and by the comments everyone made after the show ended.

It was 15 minutes after 10 when Solarmonkeys hit the stage with their hard hitting music. For the next 45 minutes they played their own songs and two covers. They seemed pretty tight as a band and each member of the band stood out in each owns way. The riffs were aggressive, the base player was exceptional and so was the drummer. The vocals were great and the singer was in constant motion. The sound was really good throughout the set. The bass was at normal levels and everything was loud without the sound being distorted at all. 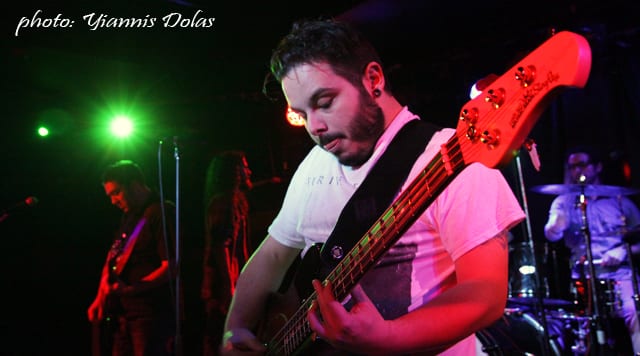 After a great set from Solarmonkeys there was a small break and 20 minutes after 11 Playgrounded climbed on the stage. This was their warm-up show before they leave for a small tour in Italy from May 7th to May 12th. They started with the song “Western Sun”. A solid song to start a show but the sound had multiple problems. There was a continuous buzz throughout the song which left halfway through the next song and the microphone of the singer had connection issues and resulted in the singer not being heard all the times.

Despite the difficulties the band performed their songs really well and they showed ready for their tour. Highlight of their set was the song “For a Moment” that closes their first album. Both the piano solo and the guitar solo were much more dynamic and passionate in the live version.  The band also surprised the audience when they played one new song from their soon (?) to be released album.

Just after 12 o’clock the band bid the crowd goodnight with a great cover of the UNKLE song “Burn my Shadow”. Next rendez-vous between Playgrounded and the Greek audience will be when the band opens the Riverside concert in Athens on June 2nd. 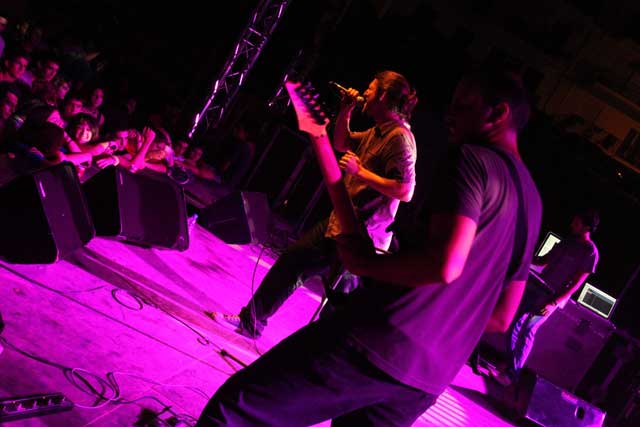