Friday night, the best day for a live show. The fact that Poem were playing after a long time, was enough to draw my attention, even if the support band were not something to overlook. I already knew one of them, but the other one was a pleasant surprise.

First on stage, right on time, Groove Therapist. I’ve heard their name before, but never listened to them. What I saw that night got me and the rest of the audience really excited. Their music is based on progressive metal/rock, but without staying there, as they put other elements in their songs (“Mr. Funker” is a perfect example with its funk influences). The quintet from Athens gave a great show and I was impressed by Katerina Koti and her bass guitar, as it is a key element to the compositions. After each song, the fans cheered and applauded, showing how much they liked it. Especially in the last song, their reactions were even louder and in the end they were shouting for more! Unique moment, check them out. They have already released one concept album, “Mr. Funker The Myth” and are preparing for the next one.

Setlist (without being entirely sure for the titles of the new songs): Mr. Funker, Orphanrage, Drop D., Dreams To Nightmares, Mirror Of Reality, Broken Dreams, Denial, Anger 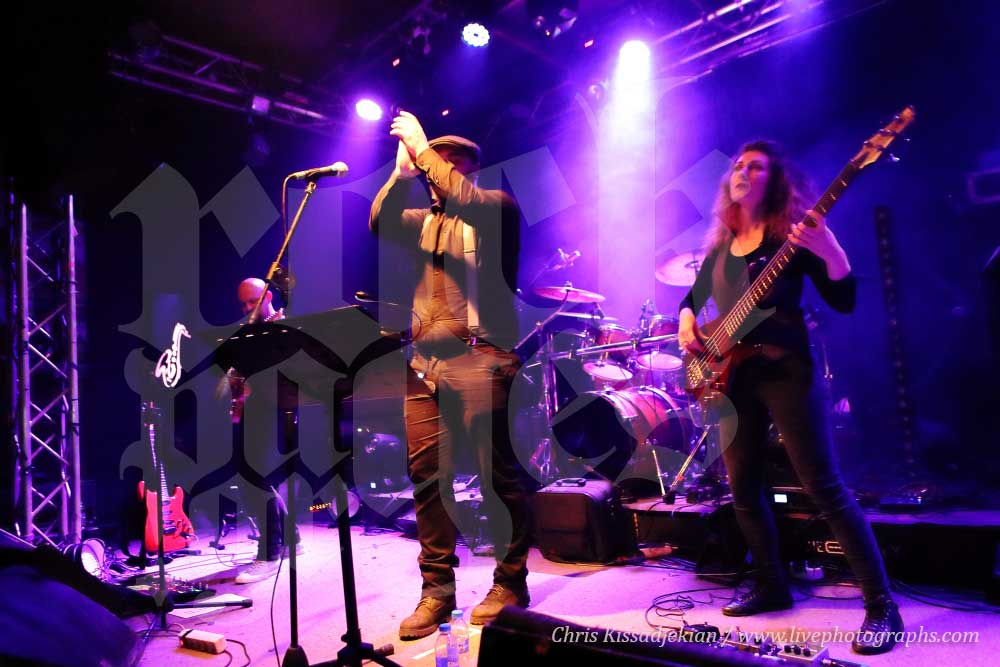 As for Nochnoy Dozor, I’ve seen them before with Mask Of Prospero and they gave me a very good impression, something that didn’t change now. The fans were a bit less enthusiastic, but it may be logical because their experimental/ambient rock music is low-tempo and that doesn’t psych you up very easily. Of course, this doesn’t mean that they weren’t excellent. Especially this double vocal attack from Lina and Revekka (with these amazing pentagram earrings) is shocking. A band with a very special sound and if they continue like this, I don’t think that it will take them long to make a strong name in the local scene. And what great songs are “All Mine” and “Black Hand”. Their first, self-titled EP is out there and it asks you to listen to it. 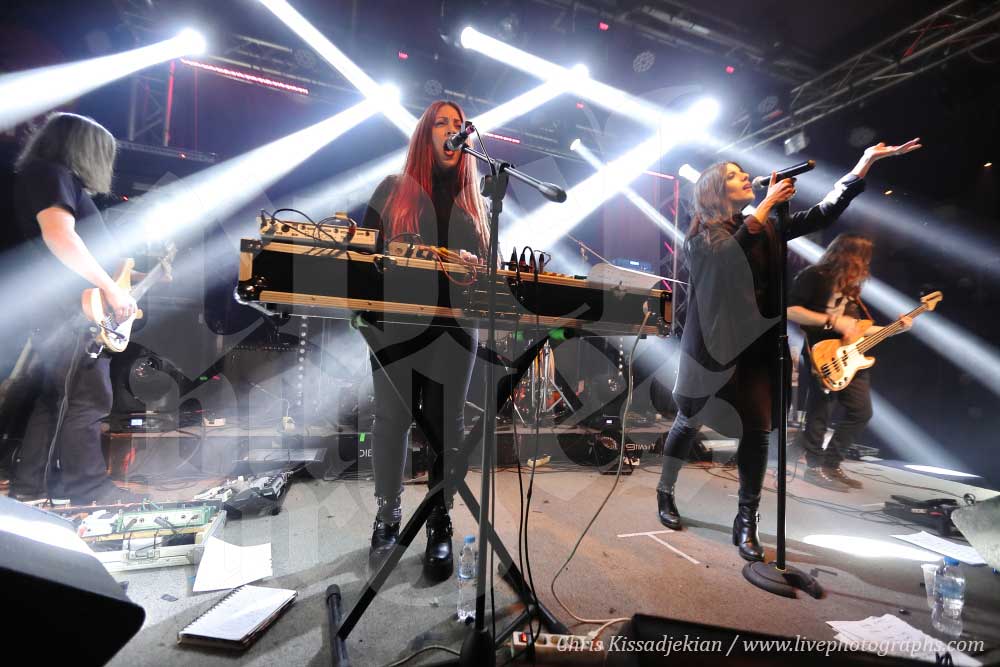 After two great opening acts, the time for the headliners had arrived. Without talking much, they started presenting their latest excellent album “Unique” in its entirety, while on a great mood. And it was after the great “Four Cornered God” when they decided to go a little back, to “Skein Syndrome”, and play the hymn “Weakness”. Probably the best refrain they’ve ever written with the fans helping with their voices. Without pausing between the songs, their performance was ideal. Stavros Rigos with his sturdy drumming, Takis Foitos with his flawless technique on bass, Laurence Bergström who took all the major guitar parts and of course George Prokopiou who was more focused on his vocals with great results, gave me exactly what I was expecting. A band in the best period of their career, proving that they are not considered one of the best Greek acts by chance. Top moments were also “Giant” and “Passive Observer”. And now, who waits until the end of the year for their new album, as they told us in our interview? 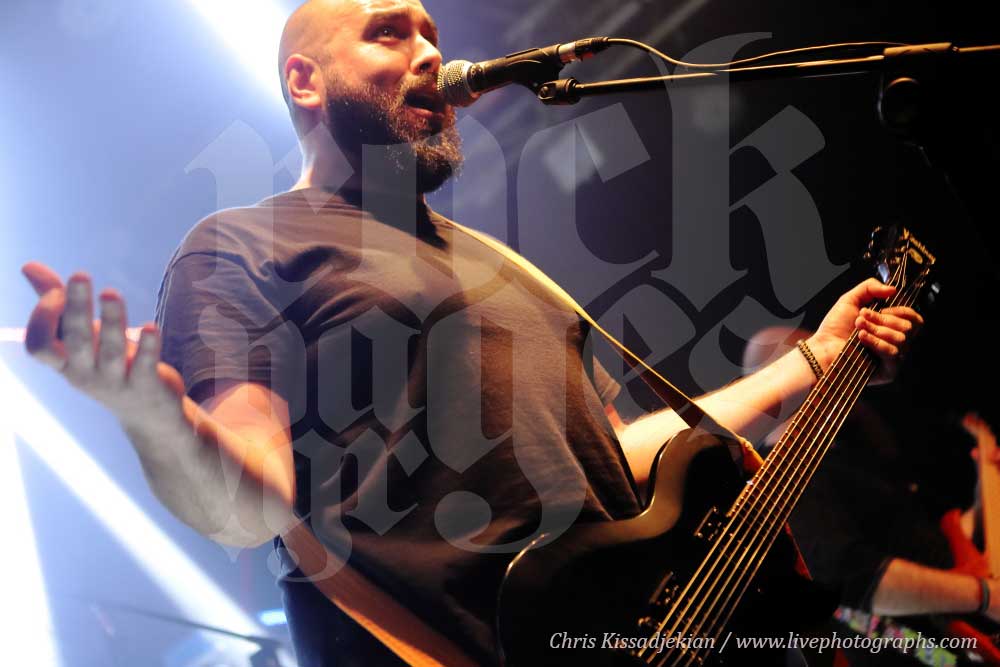 Finally, I have to say that the sound was excellent in all the bands. Also, the light show and the smoke on stage helped for a better result. A night full of great music came to its end and the fans exited the venue with a big smile of their faces. Gigs like this one, will give you special moments almost every time. And this particular one, was not an exception. 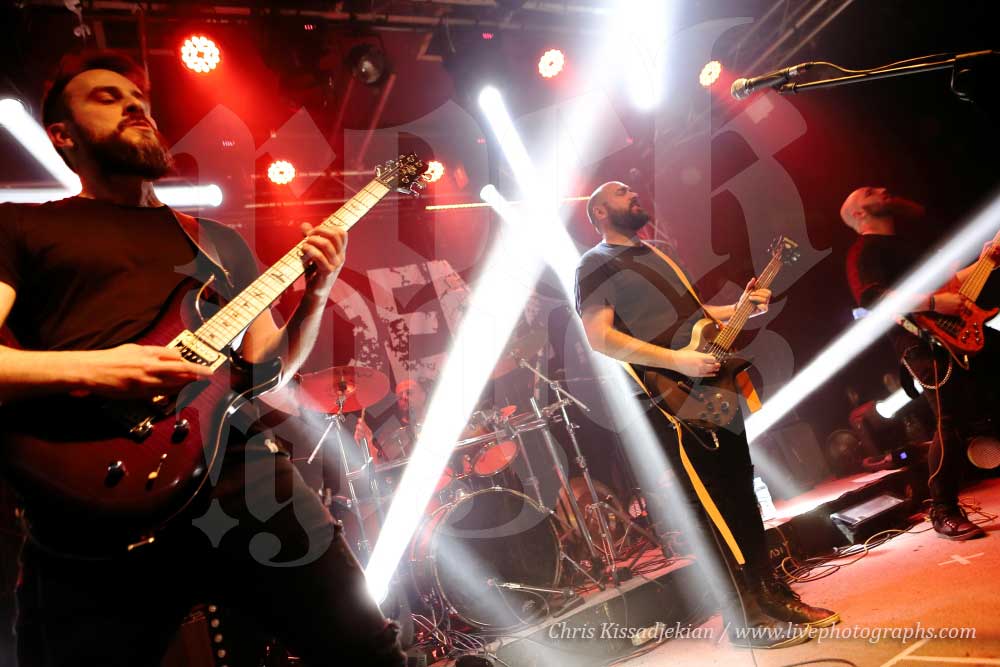