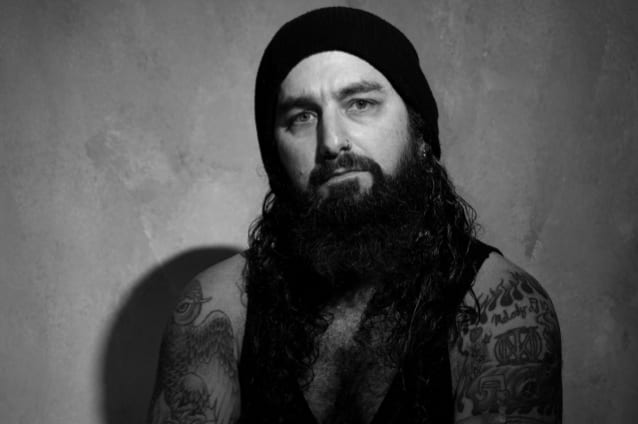 Mike Portnoy has commented on the popular theory that “rock is dead,” or that it will never be what it once was.
The former DREAM THEATER and current SONS OF APOLLO drummer was asked to weigh in on the topic during an interview for the upcoming film “Rock Is Dead?”
He said: “I guess there’s two ways of looking at it. Are we talking about the music or the business? Because if you’re talking about the music, I couldn’t disagree more. I think rock, as an art form, just keeps growing and growing and blossoming and blossoming, and you have all these subgenres that just keep growing. And you have all the great music from 50 years ago and all the great music being made today. So, musically, I couldn’t disagree more. But if you’re talking about as a business, it’s harder and harder in modern times for not only musicians to make a living, but even the people that are not the musicians — record companies or instrument-selling companies or retailers, whether it be music stores that sell instruments or record stores that sell CDs and records. Rock as a business is going through the toughest times it’s ever been through.”
He added: “When I was coming around, you had thousands of bands selling millions of records. Now you have millions of bands selling thousands of records. Artists and musicians have to think of new ways to make a living.”
Asked if he believes this is the Internet’s fault, Portnoy said: “Yeah, it is. It is. Obviously, when Napster came around in the late ’90s or early 2000s, there was a big stink about it, and Lars Ulrich [METALLICA] went in there fighting for musicians and ended up getting torn to shreds. But here we are almost 20 years later, and I think Lars was spot-on correct, actually.