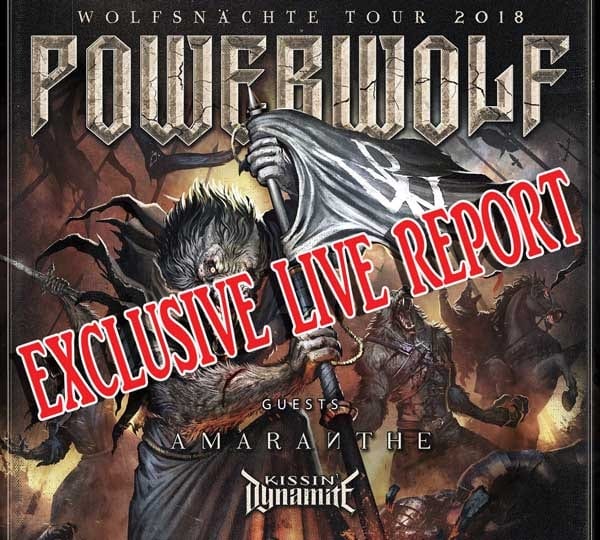 Three bands with quite different characteristics and sounds together on a quite succesful tour in Europe, considering that almost all of their shows were sold out. We are talking about Powerwolf, Amaranthe and Kissin ‘Dynamite. All of them are bands with very modern features in their music as well as their entire career in metal. At least the first two, have quickly achieved enviable success. 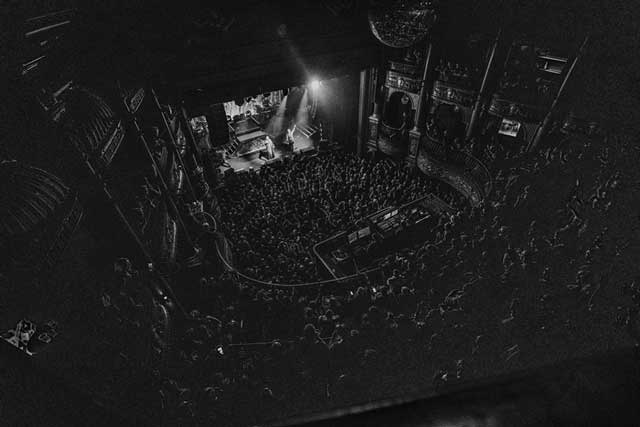 Koko’s capacity at Camden, London, is considered to be 2,500 people and the tickets had been sold out about a month and a half ago. This speaks by itself, and all these justify the fans that filled the hall and the loge
The show was opened by Kissin ‘Dynamite, a German band which belongs to the European hard sleaze metal.  This year they completed a decade of existence and six albums as well. Presenting their recent album, “Ecstasy”, they showed a great streak on stage with very good performance and an excellent sound, exciting not only their own fans, which were quite a lot, but most of the audience. During the forty minutes they had at their disposal, they managed not only to become the ideal opening for the rest of the night but to show that they are ready for greater things.

Setlist: I’ve Got The Fire, Somebody’s Gotta Do It, Highlight Zone, Love Me Hate Me, Waging War, You’re Not Alone, I Will Be King, Flying Colors. 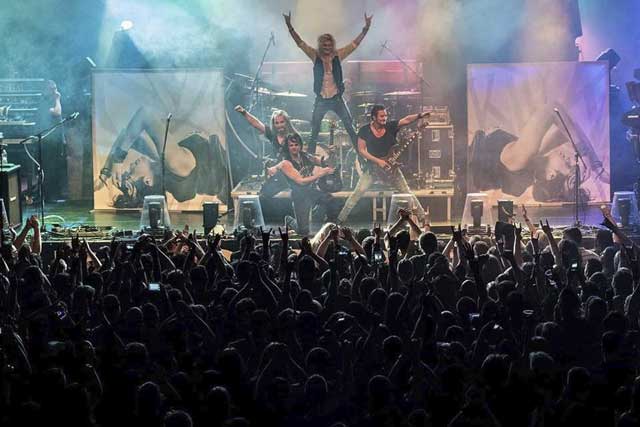 At first I found it difficult to get used to the sound of Amaranthe. I think that their sound is very personal. However, when I got used with it, I realized that their success wasn’t accidental at all. It is a great virtue for a band to have something different to present, adjusting to it, its influences. Their performance excited me. Apart from the explosive presence and the vocal skills of Elize Ryd, the band had an incredible energy on stage, exciting everyone in Koko, having a great style and an excellent communication with the audience which reciprocated it. From the brand new “Helix”, we listened to “365”, “GG6” and the homonymous song, while “Digital World”, “Amaranthine”, “Drop Dead Cynical” and “Nexus” which closed the set, where to my opinions the moments that make a band gain the audience. 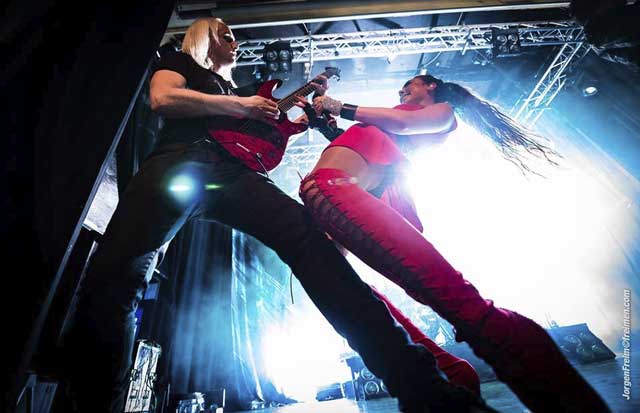 It has happened to me several times to enjoy the performance of a band even though it’s music is not so much of my taste. Personally, in a live I take notice of the performance, the way they place themselves on stage even if I’m not interesting in the theme or some other elements of their music. Such a case is Powerwolf. With an impressive backdrop and a professional precision in all their performance, it was impossible not to gain the audience and me as well, even if I don’t have any disc of them. Powerwolf were excellent in their almost two-hour performance and if it wasn’t for some rather large breaks with Attila Dorn speaking to the audience (to my opinion), the show would be absolutely perfect. This fully justifies the career of the band and the position they have since some years on major tours and festivals.

Setlift: Fire And Forgive, Army Of The Night, Incense And Iron, Amen & Attack, Let There Be Night, Demons Are A Girl’s Best Friend, Killers With A Cross, Strigoi Army, Blessed And Possessed, Where The Wild Wolves

Have Gone, Resurrection By Erection, Stossgebet, All We Need Is Blood, We Drink Your Blood, Lupus Dei.

As a conclusion, I would like to repeat the total success of this tour. It’s not necessary, as many believe that in a tour, the bands that participate should belong to the same musical genre. I don’t think that anybody who went to Koko that night was disappointed.

Finally, I want to thank the people of Spinefarm Records and AFM for their valuable help in covering the show and not only. 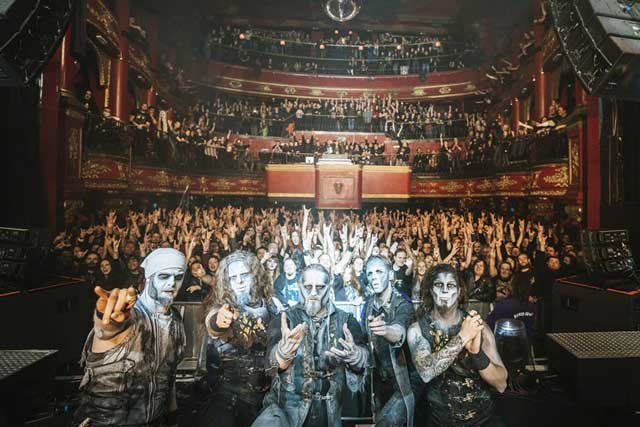