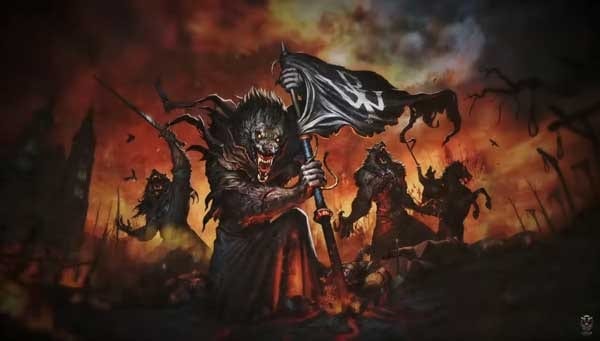 The German band released a lyric video for “Incense And Iron” from their upcoming seventh album “The Sacrament Of Sin”, which will be released on July 20th by Napalm Records. The album was recorded at Fascination Studios in Orebro, Sweden and it was produced by Jens Borgen who has also worked with bands like Kreator, Dragonforce, Sepultura and Paradise Lost. “I would say the approach was to expand the territory a bit”, said guitarist Matthew Greywolf on Overdrive. “I think ‘The Sacrament Of Sin’ has become the most diverse Powerwolf album with the most variation in the music and a lot of new elements in our sound. At the same time, I think it’s become a pretty typical Powerwolf album in terms of atmosphere and power and character”, he resumed.