Just a couple of hours before Primal Fear’s show in Athens we caught up with Ralf Scheepers & Mat Sinner who were more than happy to share some of their thoughts regarding their latest album “Apocalypse”, the new deal with Nuclear Blast, their future plans and much more. Later in the evening they put on a show that the Greek fans will remember for a long, long time! Interview: Sakis Nikas 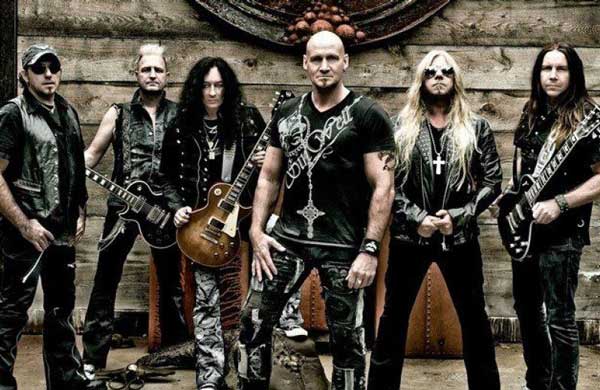 Rockpages.gr: It’s been a long time since you’ve last been to Greece. What took you so long?

Mat Sinner: We just needed the right invitation (laughs). This time the offer was good and since the tour is with Gus G., it was an even better package. I knew Gus because we had played together in the past. Actually, he was the one who suggested to play together here in Greece…he is well-known everywhere but especially in Greece. So it was a perfect timing to return to Greece with our new show.

Rockpages.gr: You are promoting a new album called “Apocalypse” which is –at least from my perspective- the natural progression of “Rulebreaker” and “Delivering The Black”…maybe a little bit more polished in the production. What do you think? Is it a worthy addition to your rich back catalogue?

Ralf Scheepers: Yeah, I think so…it came out perfect. I agree with you…it’s a natural progression but sound-wise and the songs themselves met absolutely our expectations. The production was awesome and we couldn’t be happier. “Apocalypse” came out like we expected it to be. 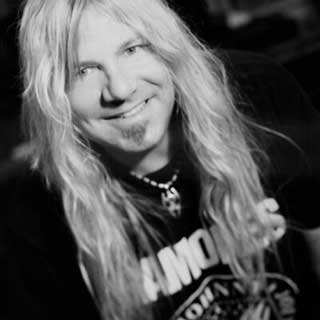 Mat Sinner: Also, there are songs in there that all the Primal Fear fans love and expect from us…like for instance “Supernova”. This song was interesting…the vocals started in a lower ranger and then went higher and higher! Ralf has done a tremendous work on this one…absolutely phenomenal job. He totally surprised me and the fans loved it. We always have the artistic freedom to sit down and write longer songs with lots of parts and different timings. This is a challenge for us really…

Rockpages.gr: I agree. You mentioned “Supernova”. The same thing applies for “Eye of the Storm”…

Mat Sinner: Exactly. We played earlier in Europe and Japan and the fans absolutely loved it. I think it’s very important for us to have the freedom to be a little bit different. We don’t want to write only the typical heavy metal songs that we love to do so by the way (laughs) but we also want to try and write longer songs, even 10-minute songs as long as the arrangement is fitting and the song turns out great. As I said, it’s a big challenge for us to write longer songs and keep them interesting for the fans.

Rockpages.gr: You recently signed a deal with Nuclear Blast once again. Does it feel like home to you?

Ralf Scheepers: Actually it is like home to us because the offices are really close to our home (laughs)! But yeah…we are really glad that we are back with Nuclear Blast. There are always reasons why you change teams. Back in 2007 when we decided to change labels and leave Nuclear Blast it had nothing to do with personal decisions but with the fact that we needed a change after 10 years of working with them. Also, we needed then a label with a fresh ear and actually it is exactly the same right now. The same feeling again.

Rockpages.gr: I think Nuclear Blast suits you better…it is a heavy metal label after all…

Ralf Scheepers: Yeah, I think so, too! And they were really keen to get us back.

Mat Sinner: As a matter of fact, back in 2016 Nuclear Blast wanted to release “Rulebreaker” but Frontiers didn’t want to give it away. Now, we fulfilled our contract with “Apocalypse” which is by the way our most successful album worldwide. So Nuclear Blast has the benefit of getting us back at our very peak and I truly believe that it’s a good deal for both sides.

Rockpages.gr: You released “Apocalypse” in 2018…12 studio albums in 20 years. Primal Fear is surely a band that breaks the rules as it is not customary at all nowadays to release so many studio albums in constant basis. What keeps you motivated?

Ralf Scheepers: We have so many creative heads! All the musicians in the band are great songwriters which is a really good thing for Primal Fear. Also, it’s a very good thing for the fans to have a new album every couple of years.

Mat Sinner: It depends on the vibe and the atmosphere within the band. We’ve been touring so much all these years and the vibe is still great…it is a lot of fun to work together with the guys and this is obvious on stage and in the studio. The fans are aware of it. 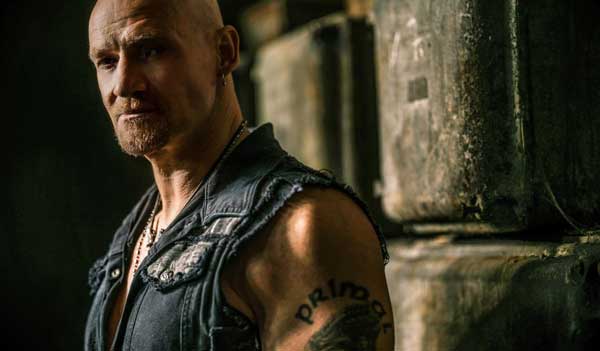 Rockpages.gr: Mat, where do you find the time to do all these things? You have Primal Fear, Sinner, Rock Meets Classic…

Mat Sinner: That’s the love of music! It’s my lifestyle…I am a professional musician and I make a living out of it. Unfortunately nowadays it’s not possible to live with the income of just one band. You have to find other sources in the music business like Ralf who is a vocal teacher. For me it was something else…I wanted to present something different that’s why I came up with the idea of Rock Meets Classic. It’s nice to keep yourself busy and do things in the music business. Needless to say that I will never give up Sinner. I started with Sinner back in the early 80s.

Ralf Scheepers: It’s so hard to pick one of your babies (laughs)! You always hear musicians say that “the most representative album is the last one”. But it always depends…

Mat Sinner: Well, the first album was very important and it was really an unexpected start; we did this album with no intention of starting a long career or something. It was just a partnership back then between myself and Ralf. We did and then everybody was surprised by the outcome. We were getting all these offers for a tour and we really loved it. The first album will always be in my heart. Then of course “Nuclear Fire” because it was a great album…“Seven Seals” because it was a different album and then I have “Rulebreaker” because I still love the catchy choruses and the cool riffs on that album. But then again “Apocalypse” was our most successful album! Did I answer your question (laughs)?

Rockpages.gr: (laughs) Almost! Last question, guys…lots of bands release their official biographies. Have you thought about it and if yes which would be the title of it?

Mat Sinner: I have written a book called “The Book of Seven Seals” because it came out after that album. Unfortunately it is only in German language and it’s kind of hard to find these days. Nonetheless it contains a lot of information on Primal Fear…the years from 1998 up to 2006.

Ralf Scheepers: I think a good title would be “Rollercoaster Ride”…we have a song called “Rollercoaster” and I think that it fits Primal Fear’s career with its ups and downs.

Mat Sinner: But you should also find the time and the energy to do that. It is a lot of hard work and at the moment we don’t have the time really to focus on that. Maybe someday… 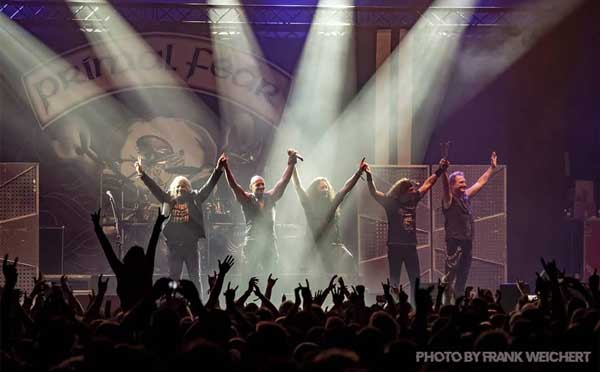