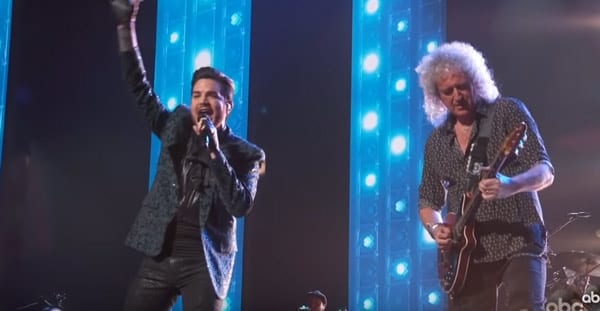 Queen and Adam Lambert opened the ceremony for the 91st Academy Awards, while “Bohemian Rhapsody” won 4 the award in 4 categories. The band performed (as you can see in the video below) for just three minutes in a medley of “We Will Rock You” and “We Are The Champions” getting a standing ovation. A bit later Rami Malek, who plays Freddie Mercury on  “Bohemian Rhapsody” won the award for Best Actor in a Leading Role, and the movie was also awarded for Best Film Editing, Best Sound Editing and Best Sound Mixing.