A new and superb album, extensive European Tour last summer, American Tour with the Scorpions, political and economic upheavals in –  an almost musically exiled- Greece; all of which are more than enough to occupy Eddie Jackson, welcoming, in this way, the “Human Condition” by Queensryche a few hours before the Queensryche show in Eindhoven. Interview: Dimitris Kazantzis

Rockpages.gr: The huge topic among all the Queensryche fans is of course the upocoming album “Condition Human”. How close it will be to the last record and which will be the new elements that we will find in there?

Eddie Jackson: The last record was first and foremost the first that we did with Todd but also we had Jimbo Barton as a co-producer. 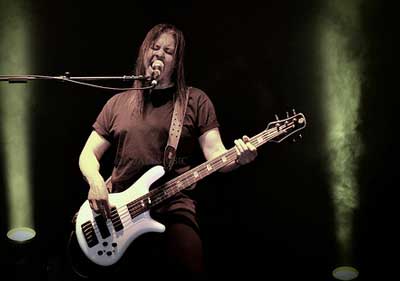 Those were the first 10-11 songs that we had recorded with Todd and we are very proud of it. We had a great time recording it…the new album shows a little bit of a growth and the chemistry has developed over the last couple of years since the album but pretty much is the same mindset and approach. Of course there are different songs in there and there is a new producer, Chris Harris, who really brought out the best of us during the recording sessions. Once again, it’s another great record for us that we are really proud of.

Rockpages.gr: Does the title have any connection whatsoever with the lyrical content of the songs?

Eddie Jackson: Well…Condition Human is based on life experiences, both positive and negative ones…how we deal with diversity or the technological world that we all live in. It’s pretty much about that…about human emotions.

Rockpages.gr: In this European Tour, you are playing live on stage the new song “Arrow Of Time”. How does the crowd react to it so far?

Eddie Jackson: Great! When we first flew over to Europe a couple of weeks ago we decided that it would be a good chance to present a new song and so far the reaction it’s been great.

Rockpages.gr: The promotional campaign for the album that started last year has as its title “Building The Empire”. How can you build another empire in 2015 given that you have faced so many problems in the last couple of years…

Eddie Jackson: We are taking the same approach…we are doing what we always did in the past. It’s another chapter for us but it’s the same approach really. We are focused on the new record and the fact that we have a relatively new singer is another challenge for us. What we have dealt with in the past belongs to the past and now we are looking into the future and we enjoy every moment of it.

Rockpages.gr: Since Todd’s arrival to the band, you are playing songs up to the “Empire” album. Do the rest of the albums – I am referring to all the albums after “Promised Land”- have any significance for you? Do they represent the band at this point?
Eddie Jackson: That was always the concept really…when we started working with Todd, the idea was to work and rehearse songs from the EP up to the “Empire” album and Todd was really cool about it. Eventually, we will start doing songs from “Promised Land, “Hear In The Now Frontier”, “Tribe” etc. in the future but for the time being we are playing songs that we haven’t performed for a very long time…that’s how the whole idea came about. But it’s a matter of time before we will start performing past Empire songs. 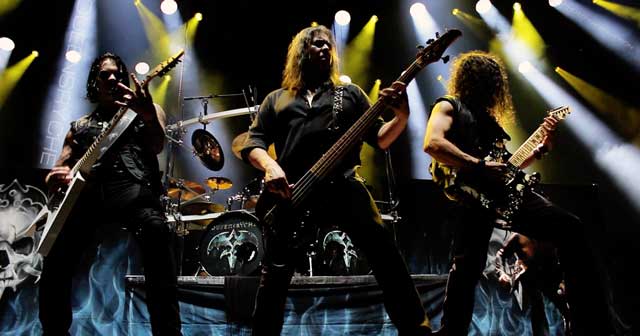 Rockpages.gr: Is there any plan or schedule of releasing a live album or DVD in the near future?

Eddie Jackson: Possibly…that’s always on the back burner. We just finished recording a new album and eventually you never know…we might release a live DVD from the tour. It’s always a possibility.

Rockpages.gr: I am a big fan of the band since 1984. Personally, I would love to see you playing live songs that you rarely play or you don’t play at all. Wouldn’t it be interesting of doing a “Lost Songs” Tour or something like that?

Eddie Jackson: Anything’s possible! I mean, right now we are focusing on the new album and tour. All these other options are still possibilities whether it’s a live DVD or a “Lost Songs Tour”. It’s just a matter of time before we tried something like that. Anything’s possible!

Rockpages.gr: How do you compare the American to the European audience in regards with their dedication and the reaction in the concerts? Do you see any difference or is it really the same for you?

Eddie Jackson: There are slight differences…there is always that passion. We have some die hard fans in Europe. I guess the main difference is that the European audience wants to hear early stuff…songs from the very first albums. Again, there are fans in USA who want to hear songs from that early period, too. I am not here to say who is better than the other…there are slight differences. 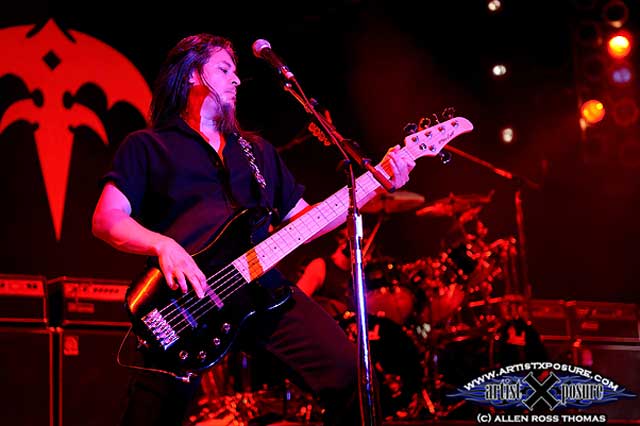 Rockpages.gr: Lately there is an ongoing financial war in Europe that focuses in Greece and influences the future of my country in the European zone. Being yourself a citizen of USA can you tell us if the people over there are watching the whole thing and which are their reactions?

Eddie Jackson: It’s unfortunate. There is always some issue going on around the world whether it’s in Greece, Germany, USA…as I was saying it’s unfortunate but we are always trying to be supportive and help each other…be there as human beings. Hopefully Greece and any other country that’s facing problems will recover and we will do our best to help as much as we can.

Rockpages.gr: This show is actually your 1500th show of your career! Can you remember a specific show or a concert experience since 1983 when you first appeared on stage with Queensryche?

Eddie Jackson: Well, they are all very special to us…we are fortunate that we are still doing this after 30+ years later. There might be certain shows that stand out from the others but we treat them all the same. We are proud that we have such a loyal fan base that allow us to evolve and grow as a band. So we thank the fans for all the support. 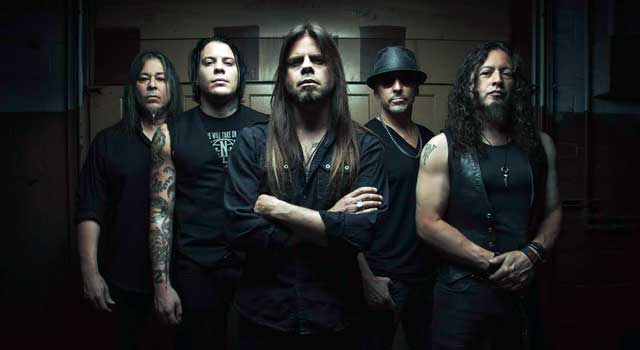