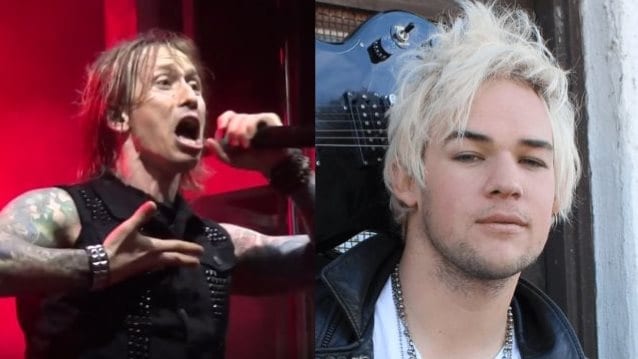 According to Germany’s Rocks magazine, QUIET RIOT has split with singer Seann Nicols (a.k.a. Sheldon Tarsha; formerly of ADLER’S APPETITE) after only five shows and has replaced him with “American Idol” finalist James Durbin.
QUIET RIOT drummer Frankie Banali told Rocks that Seann did “a great job” on the band’s upcoming album, “Road Rage”, but that “artistic and personal” differences ultimately forced them to go separate ways. “We had to make the best decision for QUIET RIOT,” Banali is quoted as saying. “If there are problems so early in the cooperation, it’s better to pull the emergency brake.”