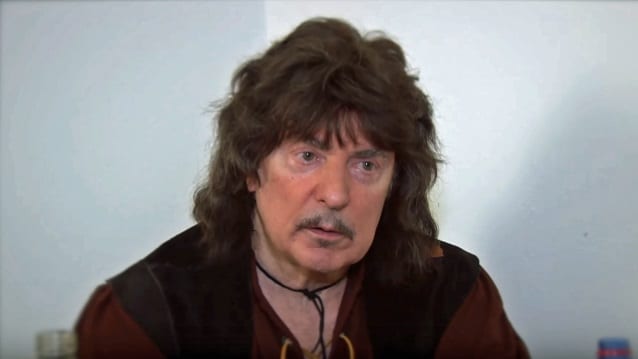 Ritchie Blackmore says that the current incarnation of RAINBOW is “the best lineup” the band has ever had.
Asked how he would compare the current RAINBOW lineup to all the others, Ritchie said: “I will say something now that is probably gonna upset a lot of Cozy Powell and [Ronnie James] Dio fans, but that’s really how I think: this lineup is the best lineup RAINBOW ever had. On the other side, I’m always in the now on stage and off stage, which means that I had always loved the current lineup of any band I was in the most.”