The Iggy Show was in full effect Saturday night. Iggy came on, amidst I-wanna-be-your-dog barking, with punch after punch of hits in 20 bombastic first minutes. Someone said maybe he’s getting them out of the way before he gets tired, but he never did. Get tired. 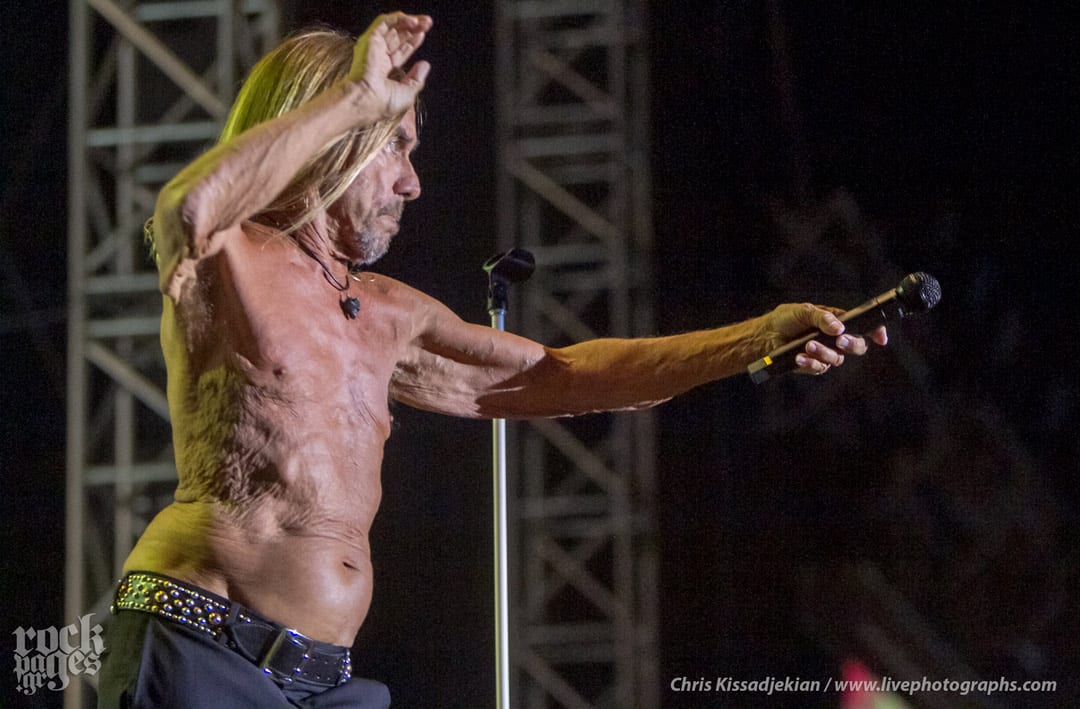 The band kept launching into song after song as he shamanised the 18000-strong audience, channeling undeniable energy. The band, complete with horn section and backing vocals, is in on the Rock n’Roll Circus wall of sound – playing classics like ‘Search & Destroy’ and ‘Gimme Danger’, ‘Nightclubbing’ and ‘Lust for Life’, ‘Real Wild Child’, ‘No Fun’, the witty cover of ‘Jean Genie’ (how was this not always an Iggy standard?) and ‘1969’ take a lot of extra oomph from the big production. 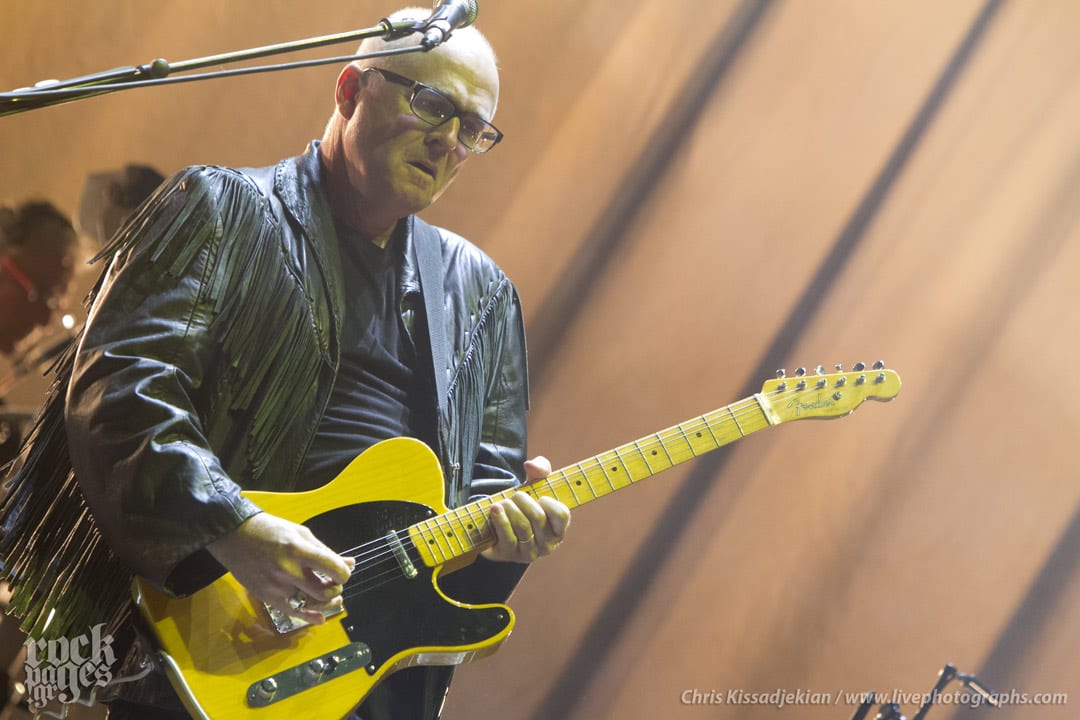 The closing surprise, a heavy blues version of Nick Cave’s ‘Red Right Hand’ sounded like it had always been part of the set. Atmosphere and energy and Iggy: Water Plaza has barely felt better. In the 50 years since Danny Fields’ point zero, the rock n roll thing has become pretty well patented. Now let’s get something out of the way: Iggy got well paid to be here. Just like James got paid, and Shame got paid, and the opening acts, both well-established Greek bands, got paid to be there. James are perfect consummate professionals, and they have heart too. It’s kinda rare these days, and the crowd was all in for the journey. Oh, and ‘Sometimes’ always melts my cynical little heart. But I’ve never been a fan, so I’ll steal the opinion of one and state that they apparently didn’t have the connection with the crowd he would have liked. [Side note: I did protest “but the singer went crowdsurfing!” to no avail]. The crowd did go wild at times however, and there was plenty dancing and flirty hip movements to go around. 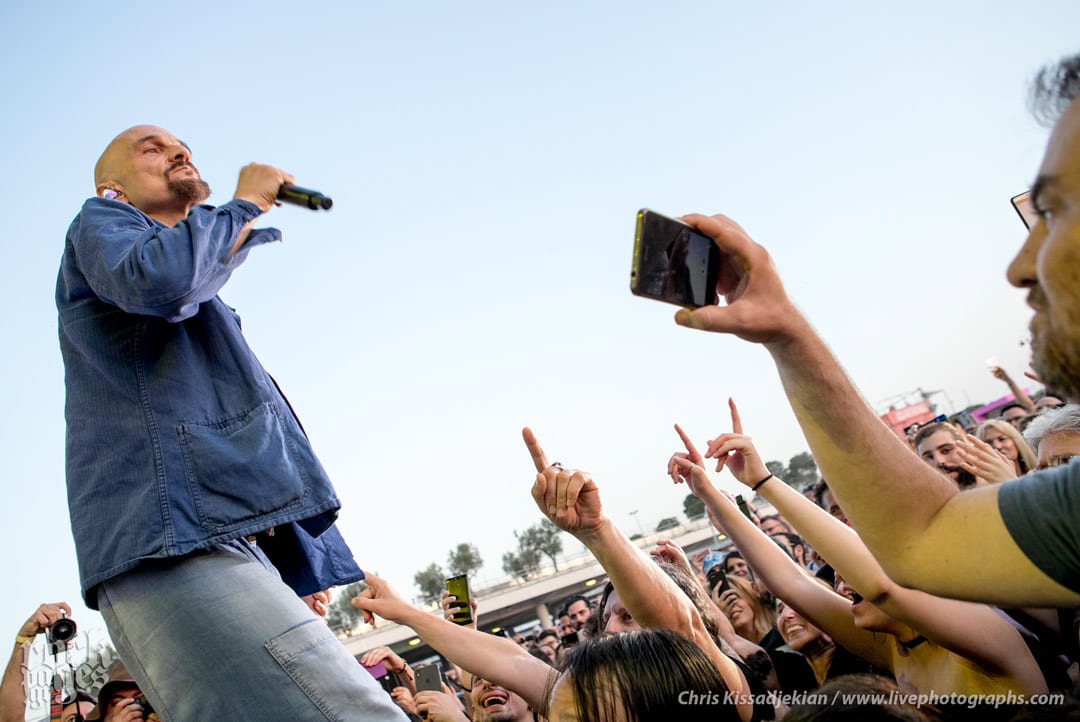 At the end of the day, Jim Iggy Pop Osterberg was the reason for all this. Iggy of the masses, who started out unable to be them. Respect. 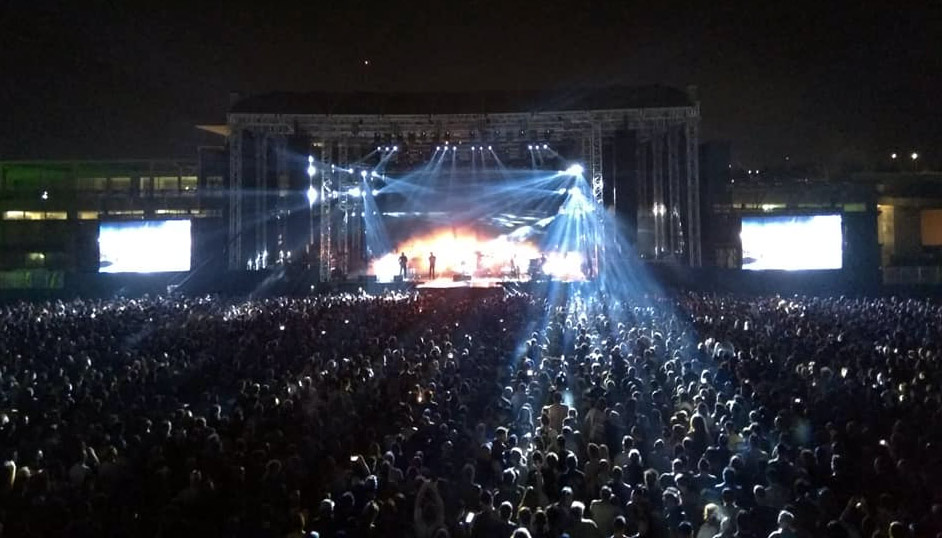