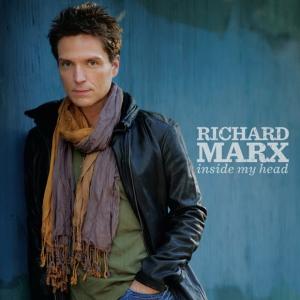 The news of Richard Marx’s return with a brand new studio album spread waves of joy to all the melodic rock fans as I don’t think that there is even one fan of the genre who doesn’t appreciate and respect the talent and compositional skills of the American musician. “Inside My Head” is being released exclusively in Europe and includes 13 fresh songs that instantly stand out due to Marx’s stamp of quality but on the other hand I am pretty sure –naturally, there will be some few exceptions by those die hard fans- that those songs won’t satisfy at an absolute degree the potential listener. What I am saying is that the compositions project a melancholic atmosphere and are based on acoustic forms. The most negative aspect of the whole album is that all the songs remain static and at the same level. In other words, the album doesn’t escalate at any point.
Marx’s voice is still superb and unchangeable but unfortunately this is not enough. I repeat that the songs are not necessarily bad or ill-crafted. They are just flat and in the difficult global economical depression they urge you to…grab a razor and slit your veins!
Highlight: There is also a second c.d. with re-recorded classic hits by Marx that more or less remain truthful to the originals…yet clearly updated.