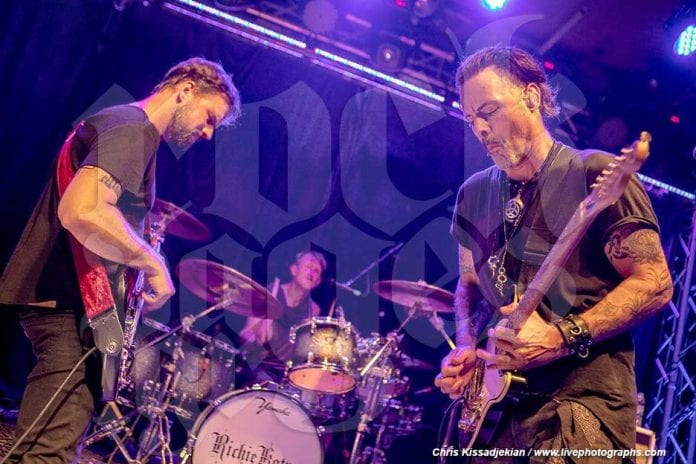 What I saw when I entered Kyttaro last Friday night was surely unexpected. The place was packed! The balcony was full, the floor was full! So, I had to squeeze near the door in the beginning before managing to push my way to the right side of the stage where it was more comfortable if you could compromise to watch Kotzen and his band from there. 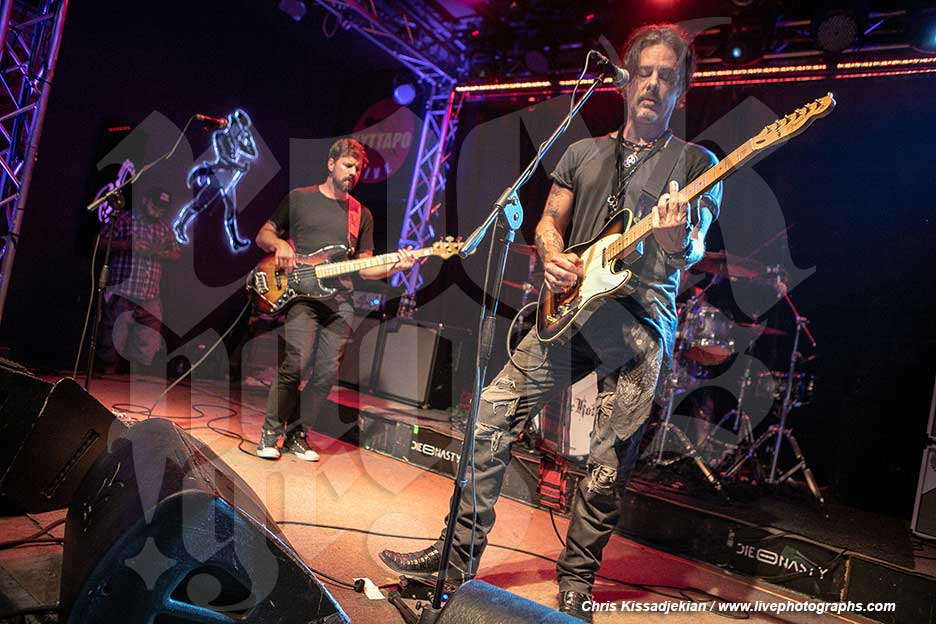 The show started exactly at 10:30, as it was rescheduled and announced the same day, instead of 10 and there was no support acts. On stage our host along with his bandmates on bass and drums, Dylan Wilson and Mike Bennett gave us a magic night that we will surely remember forever. Everything was magical… the songs, the sound, Kotzen’s voice, his guitar, the groove. While the audience reaction can only be described with one word: devoutness!

A big part of the crowd was people in bands that wanted to get a closer look of the phenomenon that’s called Richie Kotzen, a very sentimental singer and guitarist. A musician that makes everything look so simple. His moves on stage were counted giving the impression of a timid and introverted guy. The magic continued when he sat on his piano, sung and kicked the sit out of his pedal that was distorting the sound. The audience remained enchanted and looked flabbergasted from this supreme musical spectacle, while there were some enthusiastic outbursts at Kotzen’s guitar solos, who was only using his fingers to play.

The show lasted for 90 minutes sharp with old and new songs and two solos on bass and drums. “Fooled Again” and “You Can’t Save Me” were the crowd’s favourites, while it was a few people that could sing all of the songs, they were the hardcore Kotzen fans. Surely, we would have liked a bit more in the end and not just one song as an encore. The people wanted and screamed for it, but the band didn’t return on stage. See you next time mr.Kotzen!

We should congratulate the promoters for taking the risk to bring Kotzen to play the show, because it was a risk. Also, congratulations to the audience for showing up on a tough day with a World Cup game (preliminary Brazil vs. Belgium 1-2) at play. Greek music fans supported a great artist, who aims at a special crowd and who was coming in Greece for the first time. Between us, I was expecting a much smaller attendance with the typical group of people who goes to gigs, but to my surprise it was them plus a lot more! 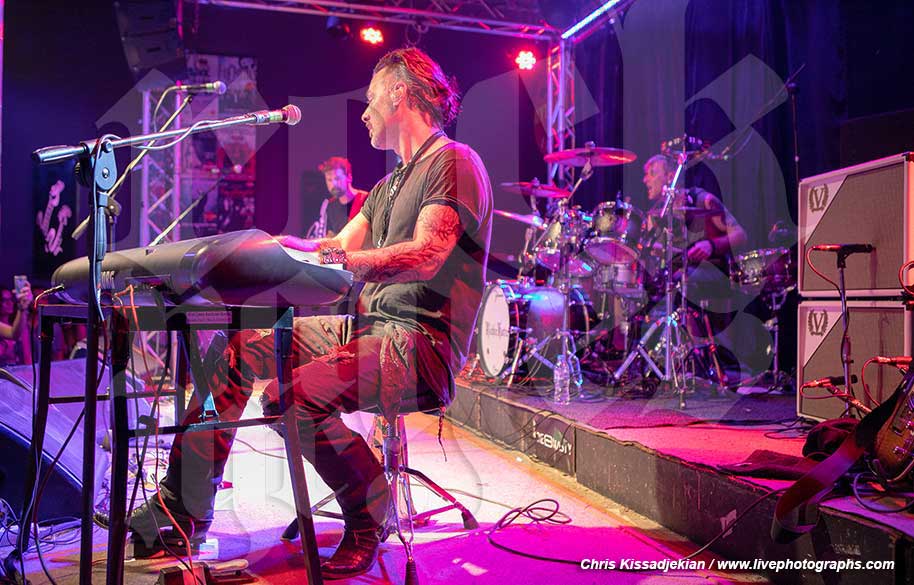 PS: the show is over, the lights are on, there is music playing on the PA and Kotzen’s roadie is packing the equipment. He un-gaffers the setlist from the floor and he is passing it out to people when a guy pops up and asks for a pick. With an indescribable body language he is showing his fingers moving as if he was saying “dude, he was playing with his fingers”!