Since we had the chance and pleasure to sit down with Bill Tsamis and Mark Zonder for a TV Interview that we published recently here at Rockpages, we thought that it would be most appropriate to ask Rick Anderson a few questions about the new Warlord album. As you will read below, his answers were really interesting and detailed.

Rockpages.gr: Rick, which were your first thoughts when Bill said that he wanted to make one more Warlord record and he needed you to be the singer? 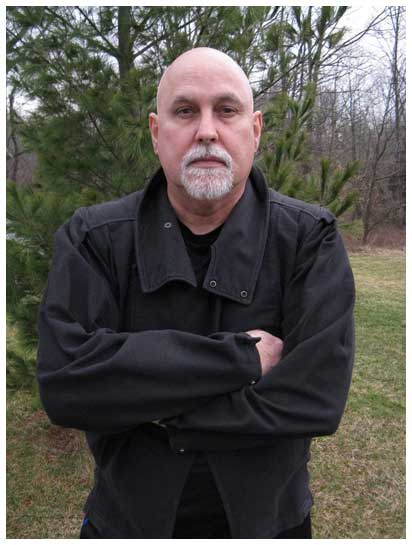 Rick Anderson: Let me begin by saying that I appreciate you asking me about my involvement with Warlord.  As for your question, I have always felt that Bill Tsamis is the only musical genius I have ever known, personally.  It is difficult to put into words, but it has always seemed to me that the music of Warlord transcends any other rock or metal music.  I am not trying to be critical of anyone else or any other band.  I just believe that the music of Warlord is different.  When Bill asked me if I would sing on the new Warlord project, it did not take me long to accept the invitation (almost immediately).  It was an honor just to be asked.

Rockpages.gr: I am sure you know that all the Warlord fans are ecstatic with “The Holy Empire”. Was it something that you saw it coming when you were recording the album?

Rick Anderson: Once we began recording and listening to the tracks, we knew that this project was something special.  We are pleased at the response, but I cannot say that we are totally surprised.  It is nice that the response seems even more positive than we might have anticipated.  I think that the positive response cannot be attributed to any of the members of the band, individually, but to Warlord as a whole.

Rockpages.gr: Is there a song on the album that has a special meaning to you; that “speaks” more in your heart than the others? For me personally, that song is “Glory”…

Rick Anderson: I really like all of the songs.  There are moments on every song that are special.  I can identify with the messages in the lyrics.  I did my best to “feel” what Bill has written in order to communicate it effectively.  It has been almost 30 years since I first met Bill and Mark.  We have been through many life experiences (both joyous and challenging).  These songs show maturity from a musical and lyrical standpoint that we can all relate to.  As we know, the music that Bill writes is the heart of Warlord.  I am excited about the whole album.

Rockpages.gr: Did Bill tell you how he wanted the vocals to be or did you have complete freedom on interpreting the compositions?

Rick Anderson: In Warlord, every element is an “instrument”.  Whether it is a guitar part, drum beat, cymbal crash or a vocal part, each “element” is a part of a much larger composition.  Much like in a master painting or classical composition, each part is viewed like another color on the canvas, or string part to the composition.  Recording vocals for Warlord is different from any other recording I have done.  Bill knows exactly what he wants and what he feels the composition requires.  He is open to input, but, in the end, he has the final say.  Each of us strives to add what best fits the music.  Bill did use many of the ideas I offered, particularly on the background vocals and harmony arrangements.

Rockpages.gr: Why didn’t you sing on “Kill Zone”?

Rick Anderson: The song Kill Zone required a more intense, edgy, metal sound than my voice has.  I could have sung the song “range-wise”, but the approach would not have had the effect that it needed.  I think Giles Lavery did an awesome job on that song.  The song suits his voice better than mine.

Rockpages.gr: You have a long history with Bill Tsamis; both with Warlord and Lordian Winds. Did you think, back then, that you will be sitting here after almost 30 years talking about it?

Rick Anderson: No, I did not think that we would be talking about it now.  I got back in touch with the band about ten years ago.  Since then, Bill and I have stayed in touch.  Here we are today and I am very thankful for it, but, no, I did not expect it. 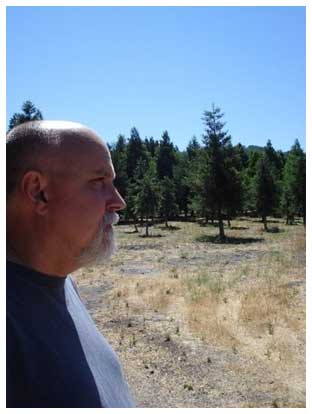 Rockpages.gr: In “The Holy Empire” are included the songs “Thy Kingdom Come” and “Father” which were first recorded in demo format in 1985 with you behind the mic. Do you remember if there are any significant differences between the two versions?

Rick Anderson: Bill’s writing is so strong that I remembered both of these songs (both lyrically and melodically) all these years later.  Yes, there are some differences in the demo version from 1985 and the finished versions now.  Bill could speak to this more specifically than I, but lyrically, “Thy Kingdom Come” was changed a bit and the first verse was sung an octave higher back then (like the second verse is now).  I really like the new versions of each of these songs.  There is a sense of “completion” about them.  They sound, now, the way we had hoped they would once they were properly recorded.

Rick Anderson: Again, it comes down to the writing.  Vidonne’s voice is very dramatic, passionate and believable.  I think the Lordian Guard versions are excellent versions of these two great songs.  Lordian Guard displayed another aspect of Bill’s writing that I believe is also evident in the writing and arrangements on songs of The Holy Empire.

Rockpages.gr: Why didn’t you participate on Warlord’s mini tour? 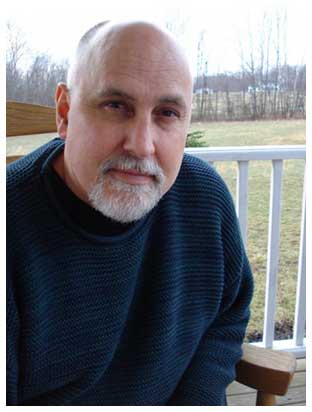 Rick Anderson: Since a large portion of the set list for the tour was going to contain “classic” Warlord songs, it made sense to use a singer that had a strong classic metal sound with a powerful high range.  Giles has that kind of voice and was better suited to sing those songs in a “live” setting than I was.  If, one day, we have the opportunity to present more of the “new” Warlord songs in a “live” setting, maybe I will have the chance to perform them.

Rockpages.gr: Would you like to leave a message to all the Warlord fans around the world?

Rick Anderson: It is very satisfying (after all these years), to finally feel a sense of completion of an entire project with Warlord.  We appreciate your patience with us.  Hopefully, by listening to the project, you can get a sense of the time and effort we took into trying to get it right.  This music deserves the best we can give.  I believe that your interest in the music of Warlord has absolutely nothing to do with my voice, but is a credit to Bill’s gift of writing (ed. note: Rick Anderson is being, as always, very modest. His voice is unique and it has a lot to do with our appreciation of Warlord’s latest album).  This music is unparalleled.  It is a privilege to be a part of this project.  I am thankful that I was given the opportunity to lend “a voice” to it.