Listening parties for international releases in Greece are very rare nowadays. So, what took place in Athens a few days ago was totally unique with Nuclear Blast, the biggest metal record company this day and age, setting up a listening session of the new Riot V album with European press members invited in the Greek capital.

So, in a great atmosphere at the warm and hospital Ragnarok club downtown surrounded by booze and local food specialties (gyros, pita bread and skewered meat) we got the chance to listen to six songs from “Armor Of Light”, if that’s the final title, Riot V’s second album. The material wasn’t at its final mix, but quite representative of what’s going to be in the album on March 30th. The first impression was positive. If the rest of the album, which will feature 12 tracks, maintains the same level then we’re talking about a killer release.

The speed is high and the pace is devastating. Todd Michal Hall singing is superb laying down amazing performance on every track, while Frank Gilchriest melts the double bass drum. Mark Reale’s spirit lives on through the guitar work of Flyntz and Lee. What made a big impression to me was the band’s attempt to move away from recycling the old riffs of the classic albums. Except “Messiah”, which is “Thundersteel’s” bastard brother, the only reference to older Riot is some riffs and passages on the solos. Riot V make clear that they look ahead, at least when they are in the studio. 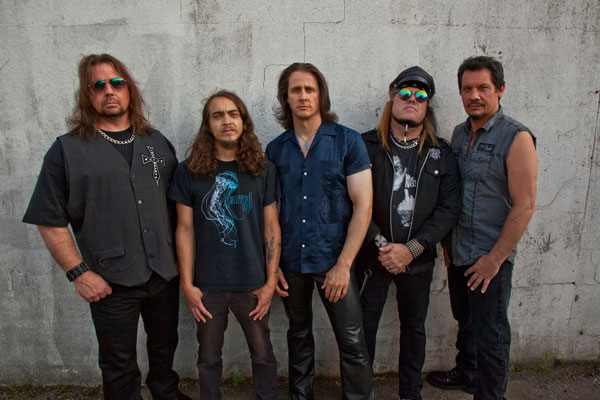 Taking another look on the footnotes I was taking during the new song’s pounding through the clubs speakers I saw that only one song was indifferent, “Armor Of Light”. Those that I thought stand out are “Heart Of A Lion”, with a direct reference to Richard the Lionheart, if I heard correctly, “Messiah” which opens with a muddy riff that might bring the first two album in mind and then progresses to “Thundersteel” as mentioned before and it’s the fastest of the six, as well as “Burn The Daylight” that kicks off different than the rest with a swaggery drum intro but doesn’t waste any time before it gets wild… “burn the daylight, rip up the road”…

Obviously, it’s not that easy to come up with conclusions from the first time you listen to an album, even if you have the finished product. What counts is the first impression and the vibes you get from the first spin and those were pretty good. So, we have to wait until the 30th of March to enjoy the album at its full.

PS: We also took a glimpse on the album’s cover, which wasn’t finalized yet and it looked amazing. Probably, one of the band’s more aggressive portraying Johnny is in a battlefield more muscular than ever fighting against three enemies… 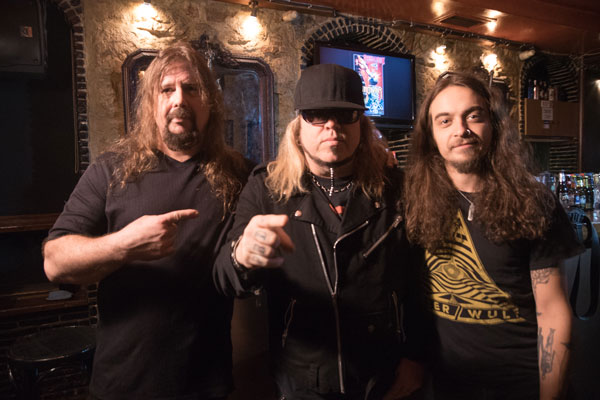