There are a few constants in this life. Without them things would be most likely boring and definitely not interesting at all. A concert by Riot V is such a constant and one word comes instantly in your mind (even before they hit the stage): GUARANTEE! You know beforehand that whenever you see Riot V on stage you will have a great time…in other words: satisfaction is guaranteed! 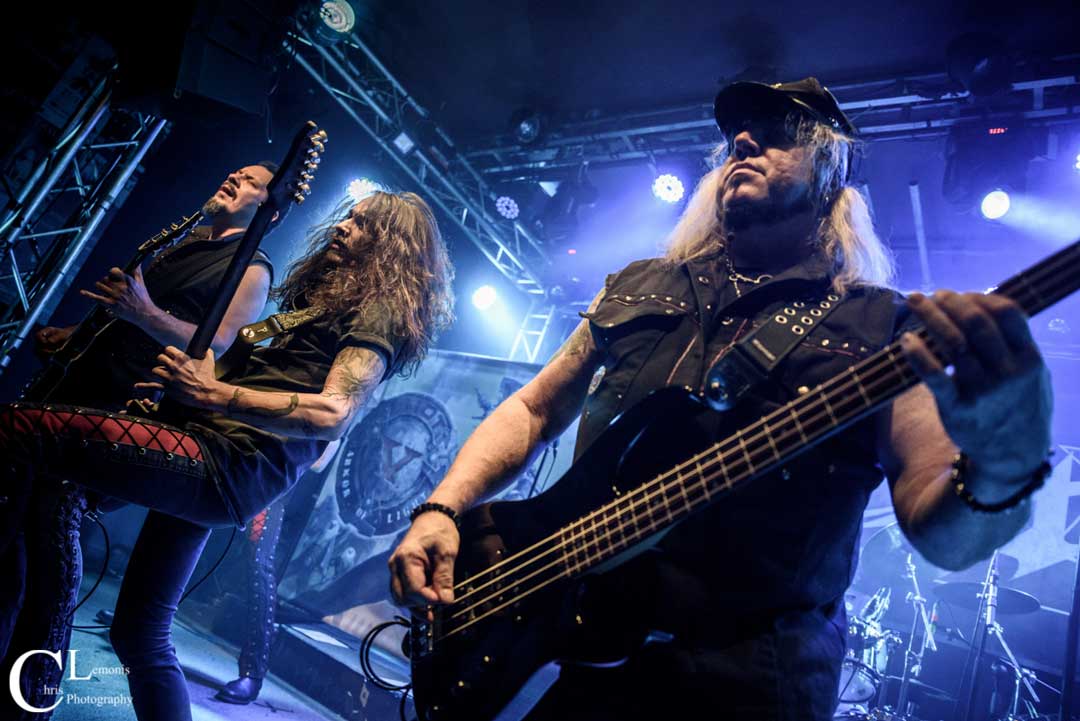 With a 45-minute delay the opening act was the Greek quintet of Strikelight. 2019 marks the band’s 20th anniversary and the two new members have definitely breathed a fresh air to the band. Traditional, 80s heavy metal in the vein of Maiden and Priest was sufficient enough to warm up the crowd that has already packed the venue (around 400 people were present on this Sunday night). 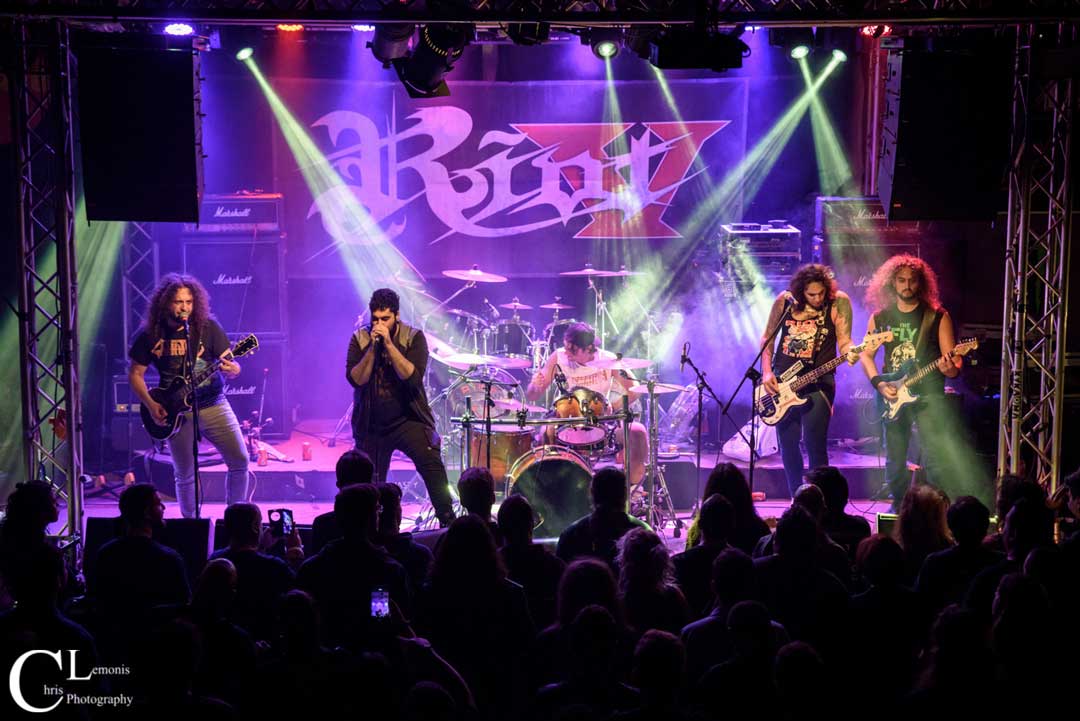 Up next was the American outfit of Tanith; a band with a sound firmly rooted in the 70s classic rock era. Their style is a combination of Uriah Heep and Jethro Tull with a few prog/epic touches here and there. For almost an hour they were absolutely amazing and flawless on stage with the female bassist/singer Cindi Maynard and guitarist/singer Russ Tipins stealing easily the show with their overall stage presence. The last three songs of their set list (“Mountain”, “Dionysus”, “Citadel”) were absolutely amazing and they won over even the most reserved attendee. Just make sure to check out their sole record so far called “In Another Time”. Good stuff. 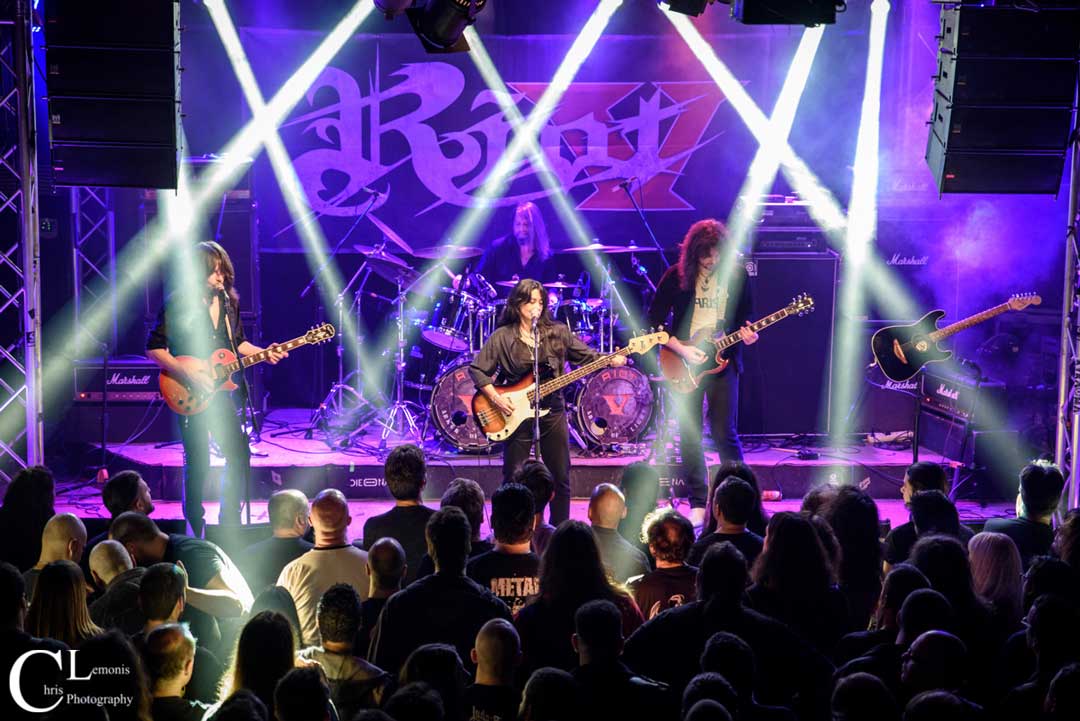 The time has come for Riot V. This was the main event of the night and the moment we were all so eagerly waiting for! The opening notes of “Victory” (cued from their latest record “Armor of Light”) reminded us all (once again) that this band is so tight on stage and they get better and better every single time they pay us a visit. This was yet another reminder of what we should expect for the next couple of hours: an absolute heavy metal party! Every single member of Riot V surpassed everyone’s expectation and there is absolutely no need of special and individual references as all of them were amazing! But…Todd Michael Hall was divine as he reached even the highest vocal note without a single problem (there, I made a special reference after all). 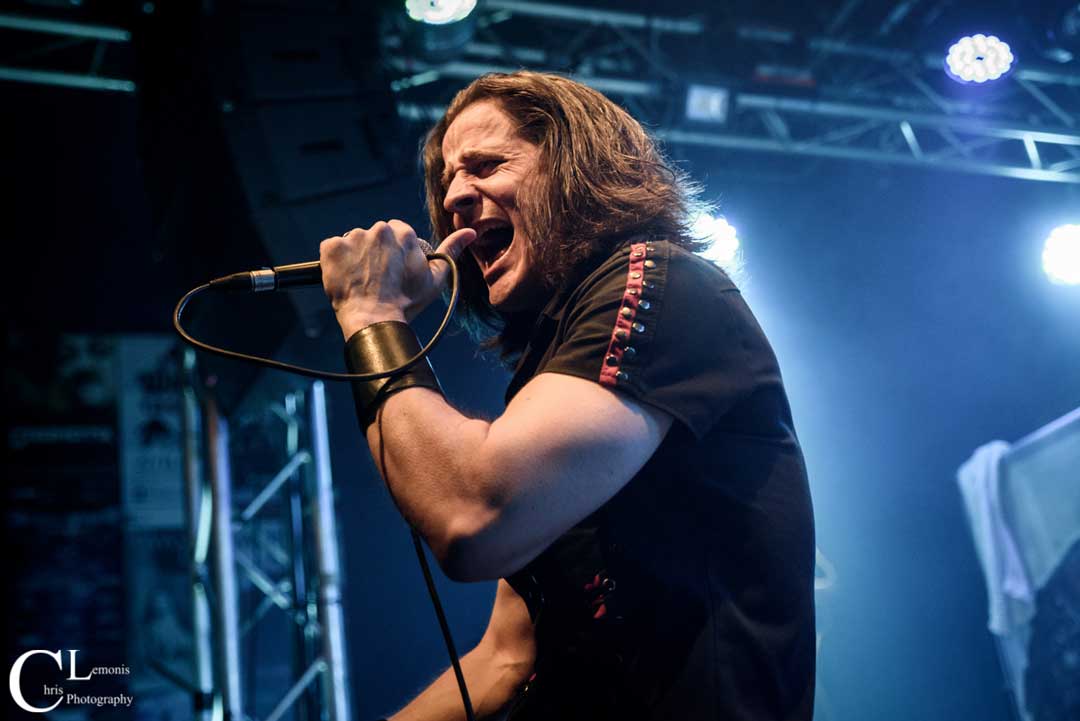 Riot V came, saw and conquered us all and here are some of the most impressive highlights of their show: a) every single track of the majestic “Thundersteel” (“Flight of the Warrior”, “Bloodstreets”, “Johnny’s Back” and the title track), b) the three selected songs from the underrated “The Privilege Of Power” album (“On Your Knees”, “Metal Warriors”, “Storming The Gates Of Hell”), c) AT LONG LAST, two songs from the Mike DiMeo era and the “Nightbreaker” record (“Destiny”, “Magic Maker”), d) the anthem called “Take Me Back” from “Unleash The Fire” where the fans sang with all their power ALL the lyrics of this flawless song.

It would be a mishap if I didn’t mention the really emotional moment when Donnie Van Stavern dedicated the show to the band’s late founder Mark Reale. Rest assured that they were more highlights apart from the aforementioned moments. After all, a Riot V concert is a highlight on its own merit. Thank you for the music, guys…shine on, metal warriors! 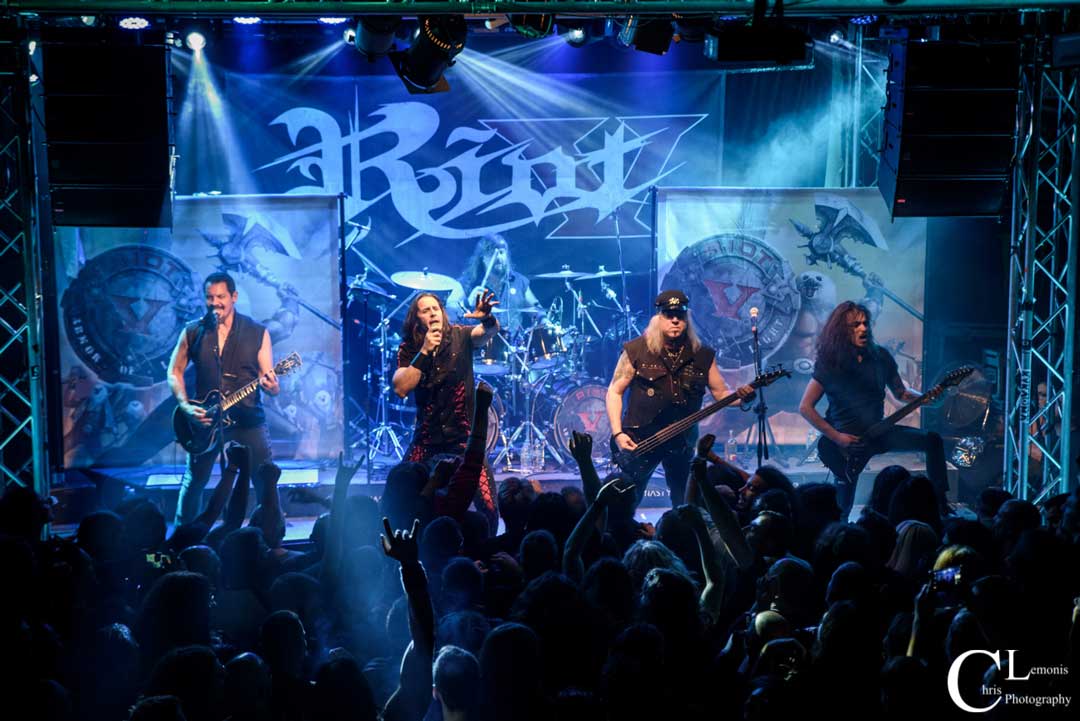