For every traditional heavy metal fan’s pleasure Riot are back for good. And if last year’s “Unleash The Fire” fell like a thunder from the sky, we all knew more or less what to expect from the Americans on stage. And indeed, once more Riot were impressive giving us a hell of a show.

Angelo Perlepe’s Mystery kicked off the event reaching their usual high level of performance with their neoclassical metal and they proved a great warm up for Riot. Still, as I’ve written in the past Mystery is a band that’s worth enjoying playing a full set, so that you can listen to songs that Angelo is leaving out of their setlist when the band is a support act (like “Tales… Of The Unexpected”, and of course their self-titled song, that must return to their setlist). The cover of “Sign Of The Crimson Storm” (which was played again later by Riot) was great, and you should check out the studio version from the Riot tribute album that was released recently. 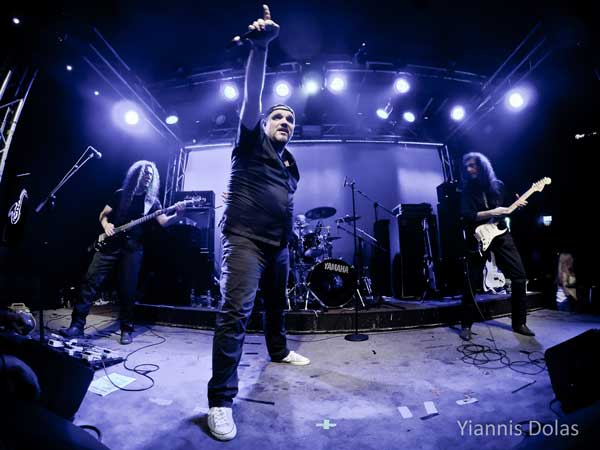 A few minutes before 10 and after a short intro Riot got on stage playing “Narita” and “Ride Hard Live Free” back to back driving the 300-350 people strong audience wild. Old dogs Don Van Stavern and Mike Flyntz were amazing with Frank Gilchriest and Nick Lee being flawless on drums and second guitar respectively. Todd Michael Hall must certainly be -if not the best- one of the best heavy metal singers of recent years. Regal and very cool on stage he performed every Riot song at ease, while it’s obvious that the songs from the 1988-1990 era (“Thundersteel”, “Priviledge Of Power”) when Tony Moore was the band’s singer, fit him like a glove. 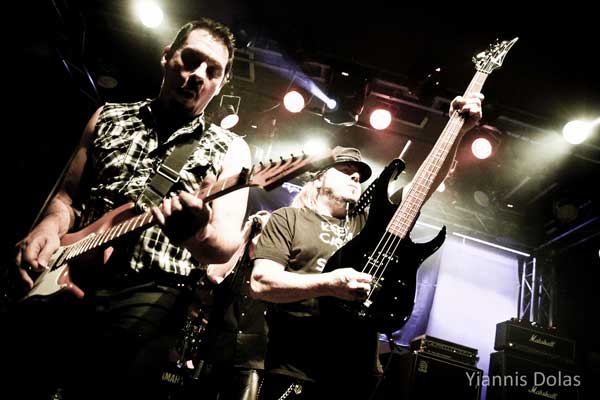 As expected the focus was (rightfully) on “Thundersteel” and “Unleash The Fire” albums, since we listened to -if I remember correctly- 10 songs from those two albums. Actually, the great “Take Me Back” was played twice since Riot kept playing even after the conclusion of their normal setlist after public demand. The absolute highlight was, in my opinion, “Angel Eyes”, the incredible performances on “Bloodstreets” and “Outlaw” and of course the aformentioned “Take Me Back” that’s already established a place in Riot’s pantheon. 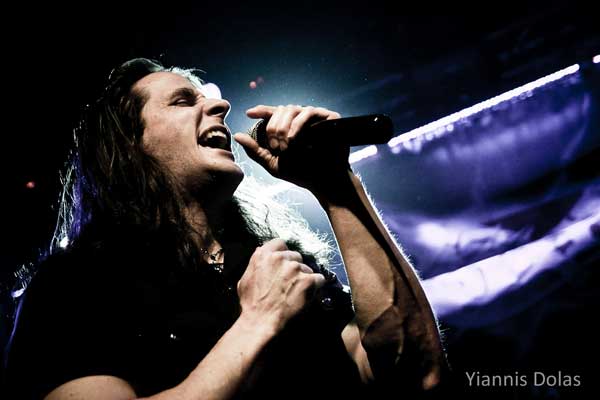 After a two-hour show and with the timetable kept intact Riot left the stage and I don’t think that there was even one unhappy member of the audience… of course, I’d like to listen to “Maryanne” but, something tells me that it wouldn’t match with the rest of the setlist. No matter what the show was a true apotheosis to American heavy metal, an apotheosis to real heavy metal music from a band that has risen from its ashes! 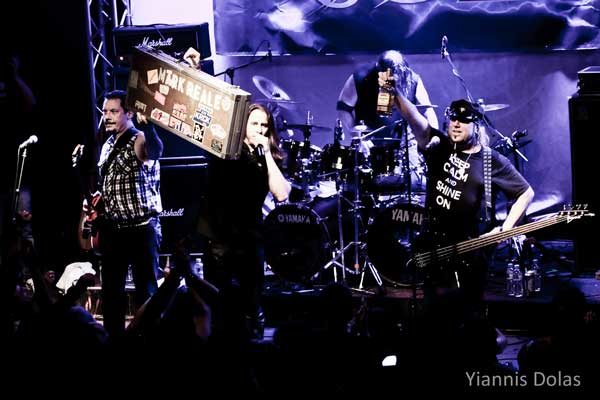 And one last thing, as I was telling a friend before the beggining of the show… Riot is a unique case in history. Despite having lost their founder member and main composer they managed to release an incredible album that stands toe to toe with all the masterpieces from their discography. Rightfully the night (as every Riot show) was dedicated to Mark Reale.

Narita, Ride Hard Live Free, Fight Or Fall, On Your Knees, Johnny’s Back, Hard Lovin’ Man, Metal Warrior, Outlaw, Wings Are For Angels, Black Leather, Sign Of The Crimson Storm, Angel Eyes, Bloodstreets, Take Me Back, Flight Of The Warrior, Fall From The Sky, Warrior– Road Racin’, Swords And Tequila, Thundersteel — Altar Of The King, Take Me Back, Fire Down Under 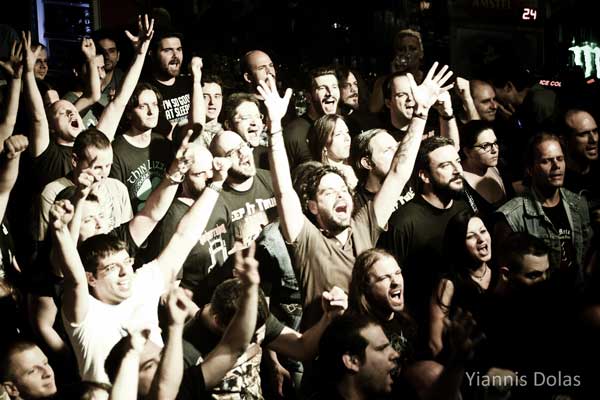