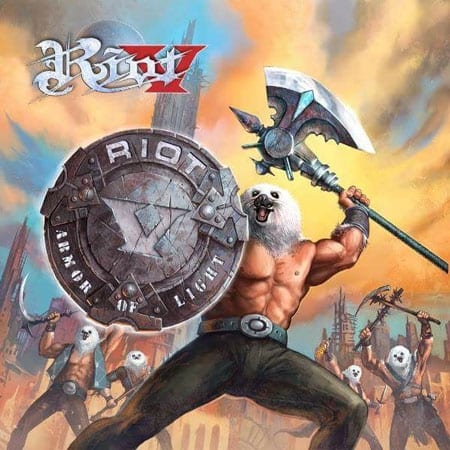 PRESS RELEASE: RiotV new album entitled, Armor Of Light, to be released April 27th, 2018. 1st single and video for “Heart of a Lion” releases soon! On Wednesday, January 24, 2018 the metal community gathered in Anaheim for the Hall of Heavy Metal History induction ceremony. Cult New York heavy metal band and godfathers of power metal RIOT V was inducted alongside Black Sabbath drummer Bill Ward, Dream Theater keyboardist Jordan Rudess, bass virtuoso Billy Sheehan, and other metal royalty for their contributions and influence on the community. “I am honored and psyched to be inducted into this year’s Heavy Metal History Hall of Fame with Riot!” comments Don Van Stavern. “The 30-plus year in existence is a testament to the longevity of a band through the fans love of our music. I am also honored to be inducted with legendary musicians like Bill Ward from Black Sabbath, Carmen Appice and of course last year’s recipients the greats Lemmy, Randy Rhoads and Dio and that’s an honor and award itself!”

Also, you can check out the video below!