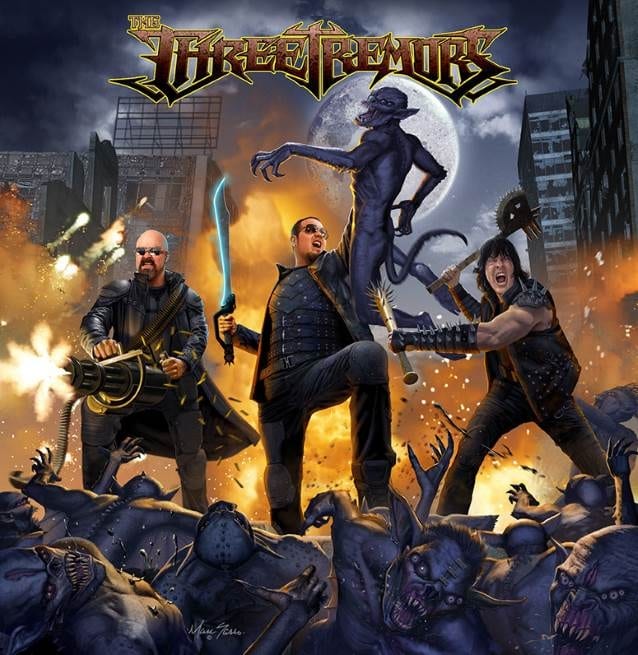 Acclaimed heavy metal singers Tim “The Ripper” Owens (JUDAS PRIEST, ICED EARTH, YNGWIE MALMSTEEN), Harry “The Tyrant” Conklin (JAG PANZER) and Sean “The Hell Destroyer” Peck (CAGE, DEATH DEALER, DENNER/SHERMANN) have joined forces in a new project called THE THREE TREMORS.
THE THREE TREMORS’ self-titled debut LP, which will feature 12 original songs written by Peck, is tentatively due in the fall. According to a press release, “This album delivers everything you could imagine and even more than you would expect from such a lineup. Apocalyptic speed metal that will resonate for years to come.”