They may have not been listed among the top names in the 80s, but they surely conquered their place within the female rock and roll scene. This kind of ‘get-togethers’ feel like meeting with history.  Jody Turner, Julie Turner and Tracey Lamb appear to have tricked time and they just look great! These Rock Goddesses have made a come-back and they have something cooking. Apart from talking about their future plans, we made a flashback in their early days, and asked them to make a reference to the tragic current news. I would like to mention that this interview took place the day after the terrorist attack in Paris and, of course, before the loss of Lemmy and David Bowie. Interview: Dimitris Kazantzis

Rockpages.gr:  I would say that your come back on the stages is a big pleasure for old school fans of rock and roll. Is that a good motive for a full reactivation?

Jody Turner: Judging by the reaction that we had so far, I’d say that it’s a good timing. Everybody seems to enjoy our show and I guess you could say it’s a perfect timing.

Rockpages.gr: I guess that the title of your new album “Unfinished Business” is indicative of the mood you are coming back in. How close or how far will the sound be , in comparison with the three previous albums, in 28 years?

Jody Turner: That’s a working title really…we don’t know the title yet. But yeah, we keep referring to the new album as “Unfinished Business”…we’ll see. As for the sound…well…that’s a good question. We haven’t drastically changed; that’s for sure! Of course, we have updated our sound but the key elements of our music are still there. Naturally, we can’t be the same as we used to be in the 80s but this is 2015 and the chemistry of this line-up is fantastic. 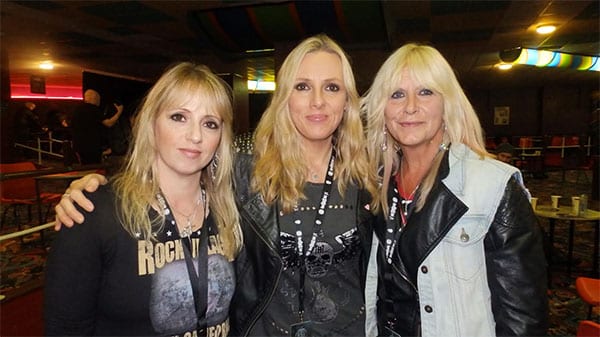 Rockpages.gr: Beyond the music, how did you find the music industry after so many years? We are living in the era of digital format now and of other new things.

Jody Turner: I like the new technology…I have a studio and it’s much easier nowadays to arrange and record an album. Also, we can e-mail each other pieces of new music and everybody comes up with an idea and we don’t have to be at the same place at the same time. In that aspect, I think that it gives more power to the musician…I mean having the ability to record in this way…as I said it’s much easier compared to the past.

Rockpages.gr: Would you compare yourselves to other, a little older, female rock and roll bands such as Girlschool or The Runaways? If so, to whom the most? 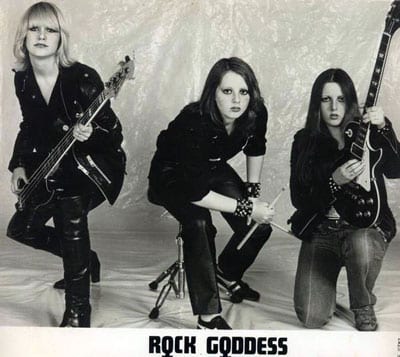 Jody Turner:  I wouldn’t compare us with those bands or for any band for that matter. Naturally you can’t compare us with a band with male members. If I had to name one band, I’d say maybe The Runaways.  They were a huge influence on us…Joan Jett is one of my heroes. I don’t think that we are anywhere close to Girlschool…we don’t sound like them at all. They are great mates of ours…we might get together for a beer but I don’t think that we share much in common when it comes to music. So yeah, maybe The Runaways in the early days…that was a great band. You can compare us to them.

Rockpages.gr:  How does the term “female” Motorhead sound to you?

Jody Turner: Is that how people are calling us?

Rockpages.gr: Yeah, at least some people…

Jody Turner: Well, I’ll take it as a huge compliment. We are energetic and we are giving 100% on stage…that’s for sure. I didn’t realize that people were comparing us to Motorhead…that’s a surprise…a pleasant surprise.

Rockpages.gr: Have you ever thought of re-releasing your first albums? They are quite difficult to find nowadays.

Rockpages.gr: Recently, Phil Taylor passed away and we lived the tragedy of the Paris attacks on a rock n’ roll concert. What’s your comment?

Jody Turner: Phil left us too early…it’s so sad. I had met him a couple of times in the past. He seemed like a very genuine and funny guy. I know  that in the last few months he had been very ill but he was young and of course he will be missed. He was a great drummer but I am sure everybody knows that. He was very funny, hilariously crazy…he fitted perfectly in Motorhead.

Tracey Lamb: He was mad…in a good way mad! Rock and roll madness!

Jody Turner: And he was very cute, too (laughs)!  The Paris attacks…well, it’s terrifying to know that it could have happened at your concert or at any concert really. Those people are fanatics…it’s random; it could have happened anywhere. All I can say is that I’m sorry for their families…I can imagine how they feel but on the other hand life goes on and we mustn’t let those people terrorize us.

Rockpages.gr: Are there any plans for a tour in the near future?

Jody Turner: The main plan is to record and complete the new album. That’s our main goal right now and then we will work on all the other possibilities. Of course, we will arrange some gigs, maybe a tour…we’ll see. 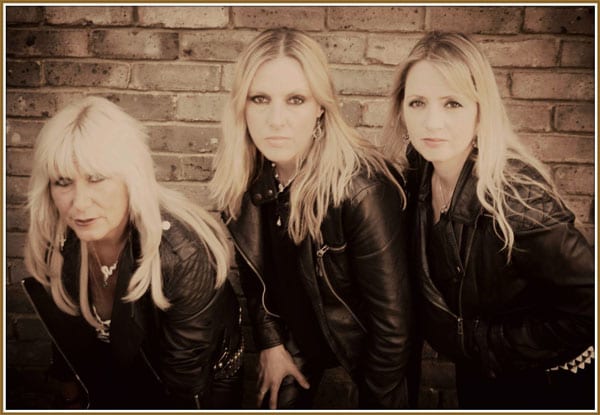