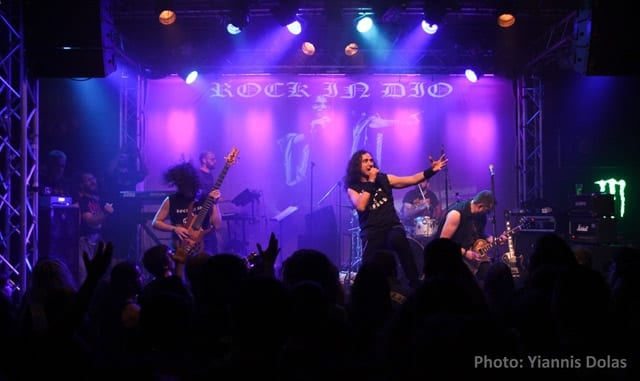 For the fourth consecutive time we gathered at Kyttaro to honor our beloved one Ronnie and be part of the charity action of Rock’n’Roll Children, the Greek Dio tribute band.

We’ve enjoyed 40 songs of the great singer performed by a galaxy of stars of the Greek scene, who’ve never sung on the event before. That was this year’s new feature, the new voices, as well some other stuff that give to people in the audience the motive to be a pro of “Rock In Dio” every year. This year we saw the biggest names ever being a part of this 4-hour long celebration. Sakis Tolis from Rotting Christ played drums (!) on “Rainbow In The Dark”, Bob Katsionis from Firewind and Outloud played keyboards on “Gates Of Babylon” and “Rainbow In The Dark”, and Fotis Bernardo from Septic Flesh, Chaostar, and Six For Nine sung on “Holydiver”, and played drums on “Don’t Talk To Strangers”. 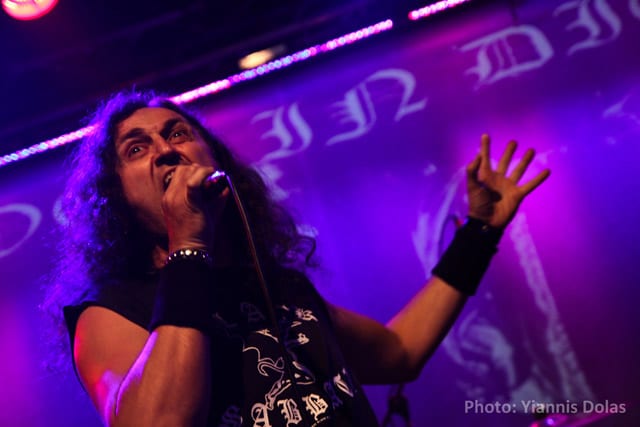 Also, for the very first time there was a black metal singer in the lineup, Sakis Darkface from W.E.B. who shared the mic with Yiannis Papanikolaou, Rock’n’Roll Children’s singer, for an extra strong “We Rock” combining clear with black vocals. Plus, it was the first time when other musicians except from singers took part on the show with the aforementioned Sakis Tolis, Bob Katsionis, Fotis Bernardo, as well as Aggelos Vafiadis, touring keyboardist of Warlord, and member of 9mm. In addition there were also some people outside the heavy metal “circle” taking part, like actress/singer Penelope Anastasopoulou, and Georgina Karahaliou that did a good job, and gave a more mainstream tone to the whole evening. Finally, apart from the classic, and “inevitable” songs we listened some for the first time: “Push”, “Born On The Sun” and “I Could Have Been A Dreamer”. 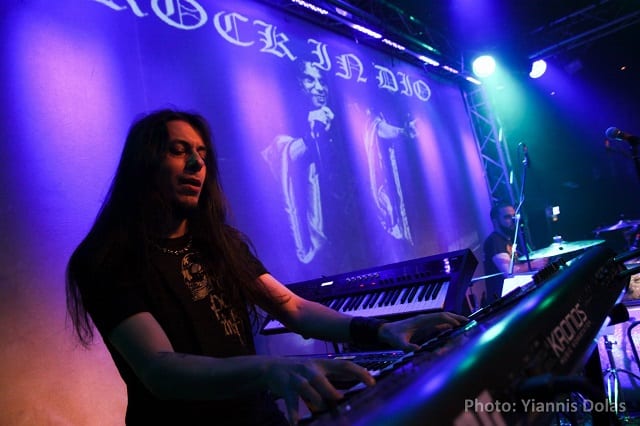 What wasn’t original though was the crowd’s presence that packed Kyttaro club accomplishing Rock In Dio 4 charity goal in the best way possible. Rock’n’Roll Children were once more amazing on the four-hour marathon. As we’ve written before, it’s not easy to sing Dio’s song, and of course it’s even harder to transform to Blackmore, Iommi, Butler, Cozy Powel from one song to another! They drove us crazy, they gave us goose bumps, and moved us as they did themselves. 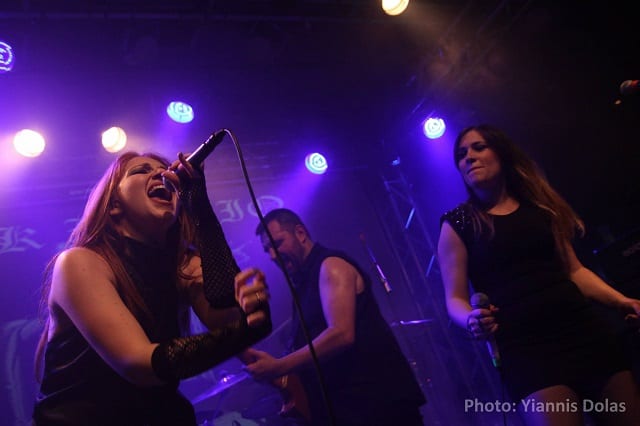 Among the best moments of the night I’d pick Takis Kostantinidis of Crush on “One Night In The City”, Vasiils Topalidis on “I Could Have Been A Dreamer”, and “Gates Of Babylon”, who actually had just arrived from Thessaloniki a few minutes before the show, and of course hadn’t rehearsed with the band! As for the girls’ performance I’d say that Angel Wolf Black on a very touching “Rainbow Eyes” stood out. In general I have to admit that all of them kept a very high level on every song. The technical team, without whom a show look that would be impossible, was always there helping all musicians, even offering a bottle of whiskey when needed! 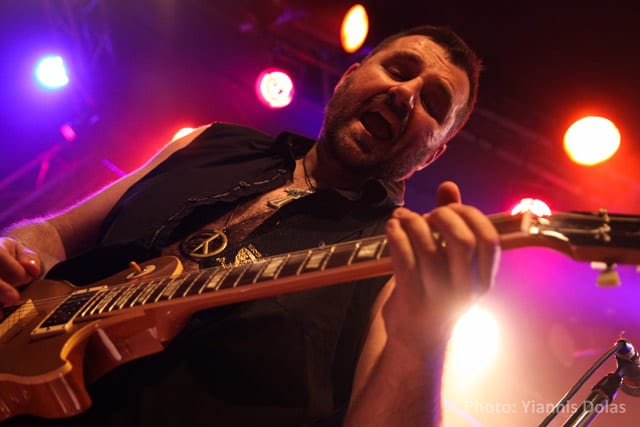 I am sure that Dio, wherever he is, must be proud knowing about this event that agrees to his spirit of charity and humanity with his songs being the absolute vehicle. We miss him, we will never forget him, and next year we’ll be there for “Rock In Dio 5” as he would be as well! 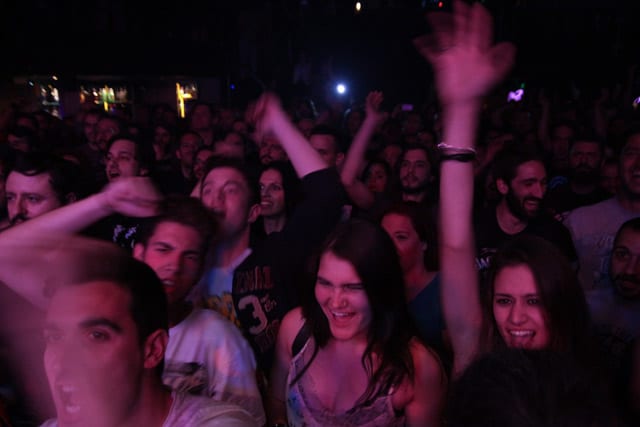 Photo album with all the special guests here! 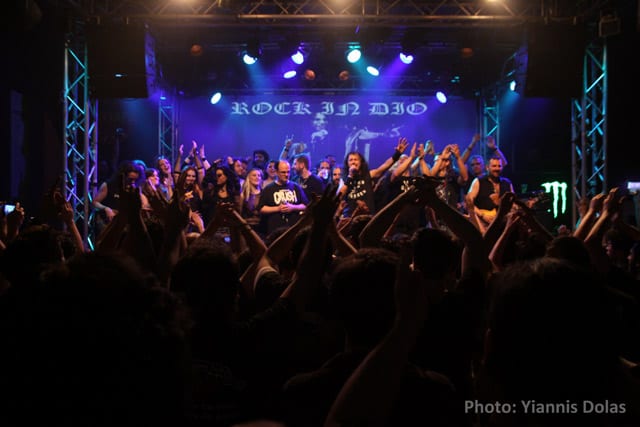