The annual charity concert “Rock In Dio” was scheduled on the same day of the tragic anniversary of Ronnie James Dio passing. I guess that most of you know about this project, so I am going to cut to the chase!

Having invited armies of hard rock and metal Greek singers in the past to join them on stage, Rock’n’Roll Children went a step further and this time presented guests on all instruments changing over on drums, bass, guitar, keyboards and vocals during their 37-song setlist. The overall number of guest musicians reached 70, something that made this show the biggest heavy music gathering in Greece ever. 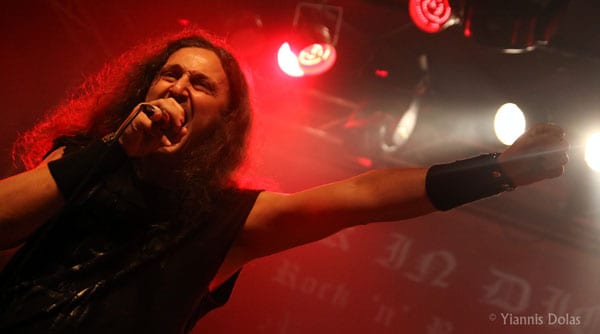 As far as the music is concerned, I can’t say that there were a lot of surprises on the setlist, except of course “Sitting In A Dream” which was played live on a Rock In Dio concert for the first time, since all the classics were included. On the other hand, while waiting for the show to take place you could only imagine how all those musicians would play together and on which songs. For example, Elias Logginides (guitar) and Savvas Betinis (vocals, bass) represent two totally different styles of heavy metal, so it was intriguing to finally check out the combinations of the announced guest list of musicians. Several performances were an apocalypse, such as Efthimis Karadimas of Nightfall singing together with Yiannis Papanikolaou on “The Sign Of The Southern Cross” combining clean with black metal vocals. Tony Taskinidis was also very impressive putting his own touch to “I”, while Gus Drax was explosive on guitar playing “Stars”, which this time didn’t close the show, and made the crowd go insane with his solos. Out of the female singers Tania Kikidi was great on “Gates Of Babylon” with her enormous energy and swagger, Vicky Bee handled “If You Don’t Like Rock’n’Roll” great, while Rania Savidi was a pleasant surprise, with a completely out of place dress code, but with a ballsy performance on “Rainbow In The Dark”. 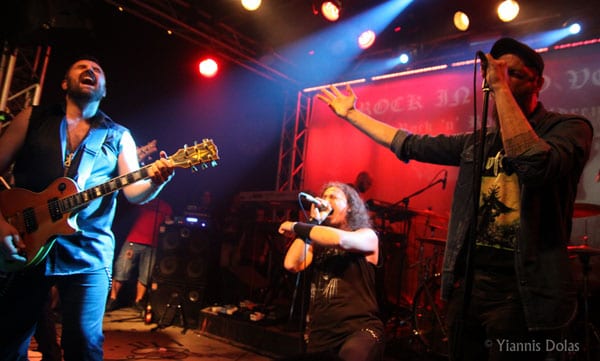 The crowd who sold the event out reacted amazingly to the 4-hour show reflecting the passion that was coming off the stage. Sing-along was granted, while a few mosh pits and crowd surfing reminded that this was a heavy metal concert after all. Also, what’s very positive is the fact that young ages were all over the place packing the front rows of the venue. Finally, it’s worth noting that a representative of the Ministry of Culture was at Kyttaro, another thing that happens for the first time in a Greek metal show, after the event was also shared by the Ministry’s official web page! 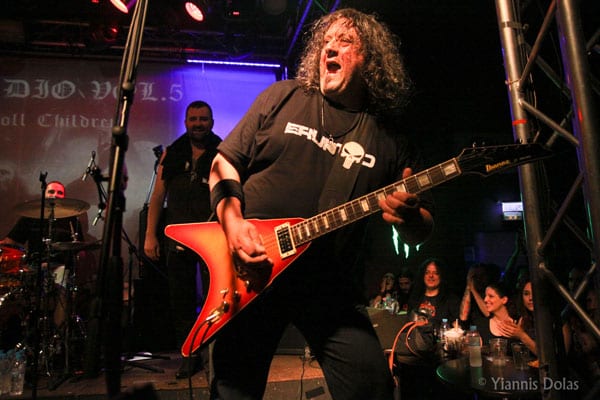 Once more congratulations and kudos to Rock’n’Roll Children for setting up such a celebration, all the guests, but mostly to all those that were behind the scenes working their asses of to pull this huge concert off. Watching Rock’n’Roll Children hugging, kissing, laughing, crying and taunting each other  throughout the show it’s obvious that this is a family that’s growing every year and we enjoy feeling like being members, even once a year. 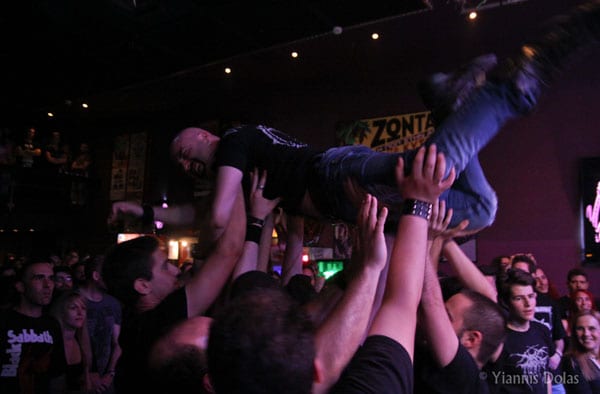