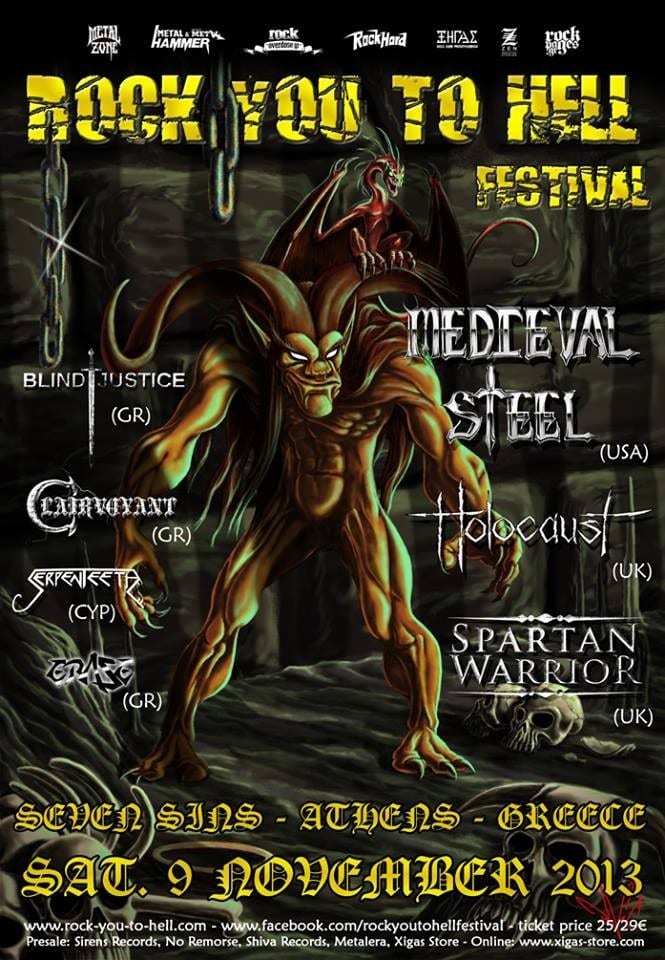 The first “Rock You To Hell Festival” took place in Athens on November the 9th and it featured some very important bands of the underground traditional heavy metal genre. Most definitely, Medieval Steel’s virgin show in Greece was sufficient enough reason for almost 250 Greek metallers to find their way onto the club.

But, the presence of the legendary NWOBHM names of Spartan Warrior and Holocaust could not be overlooked either. Taken into consideration the difficult period in Greece, the number of attendees was actually satisfactory. Just imagine that the previous day, the singer of Mr. Big, Eric Martin, failed to gather more than 100 fans.

I entered the 7 Sins Club when Spartan Warrior was about to hit the stage. They seemed in great spirits and they put on a hell of a show! The singer Dave Wilkinson was the most imposing figure as he dominated the stage with his overall presence while his voice was brilliant. They opened with “Easy Prey” and “Steel n’ Chains” but they also chose to perform such gems as “Assasin”, “Witchfinder” and “Never Take Me Alive”. All in all, the fans had a great time during the 55-minute Spartan Warrior set and I am sure the band enjoyed it, too. 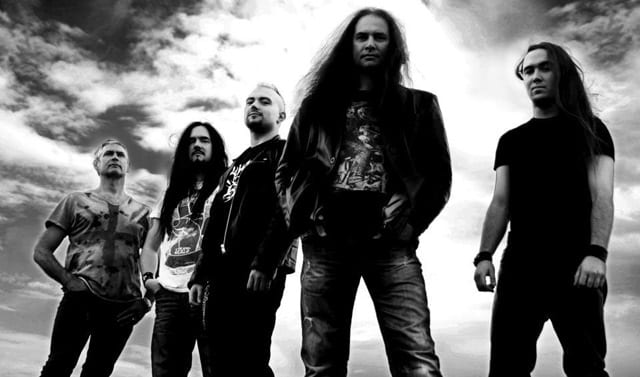 During the break, we had the pleasure of doing a couple of interviews with Holocaust and Medieval Steel (you will read all about them in a few days). The time has come to witness the Greek outfit of Blind Justice. This is a band with a long history behind them and a great deal of experience under their (bullet) belts! It was really moving and exceptional to listen to tracks that were written almost 25 years ago and were predominant in the tape trading circuit back in the day. “Heavy Metal Revolution”, “World Destruction”, “Kingdom of the Gods” and “Eternal Skies” sounded fabulously while the cover versions of “Don’t Break The Circle” (Demon) and “Night Crawler” (Judas Priest) were the additional ingredients to an overall flawless performance.

An impromptu 3-track set by Wotan was not fitting at all as the band –for whatever reason- chose to play without a bassist thus their epic sound was not…epic at all (to say the least).

Up next was the legendary Holocaust. The fans gave them a stunning ovation when the great John Mortimer appeared on stage (with a Spartan Warrior t’ shirt, actually). His imposing figure combined with the energy of bassist Mark McGrath provided the ideal platform for a superb Holocaust show. Needless to say that everybody sang along during the anthem “Heavy Metal Mania” but also during the majority of the songs. Holocaust –together with Diamond Head- must be the most influential NWOBHM band. 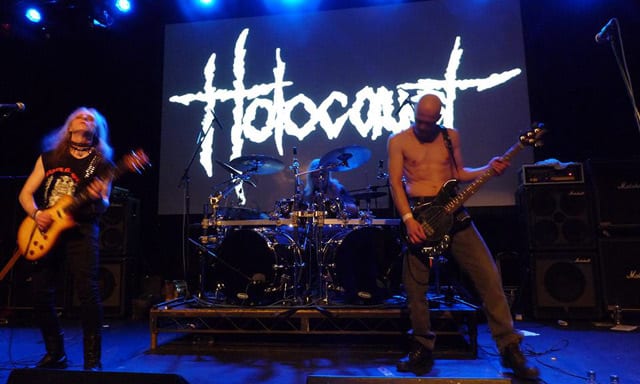 A few minutes before the clock stroke 11:30, Medieval Steel had the task of taking us back in time and space…most specifically in Memphis, 1984. Their legendary 4-song EP has gained a huge cult name in the underground metal genre and everybody was anxiously awaiting to listen to songs cued from that Extended Play. What most of the fans didn’t know was the fact that Medieval Steel had in store –actually in the merchandise booth- a new album entitled “Dark Castle” that will officially be released in the beginning of December. Naturally, the band based their set on this release and from my perspective it sounded more like a straightforward heavy metal bunch of songs without many references to the epic sound of the past. However, I will have to wait for the studio offering so as to form a more solid opinion.. When Medieval Steel played “Battle Beyond The Stars” and “To Kill A King” there was a phenomenal crowd reaction while on the title track (the moment which we all have been waiting for), Bobby Franklin gave the microphone over to the fans who sang along with everything that they got in an ear-bleeding volume, I must add! Medieval Steel’s bassist, Chuck Jones, along with drummer-extraordinaire Chris Cook provided a most solid rhythm section and all in all Medieval Steel proved that they remain a force to be reckoned with. I must not forget to mention that during the title track, a hardcore fan of the band appeared on stage with a huge sword much to the pleasant surprise of the band!

Let’s hope that there will be a second “Rock You To Hell Festival” and why not these bands will play in Greece really soon in the near future. Congratulations, guys! 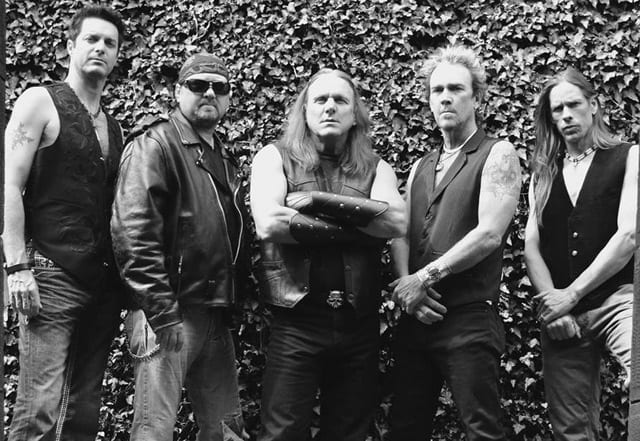