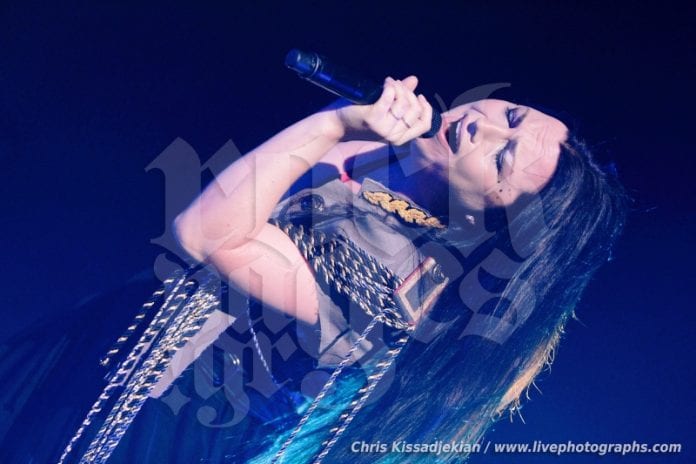 Sunday’s extreme heat probably was a factor that might discouraged some people to go to Terra Vibe in Malakasa. Except from the people who was trying to find a place in the shade the band had to overcome the heat and be what they were supposed to be on stage. 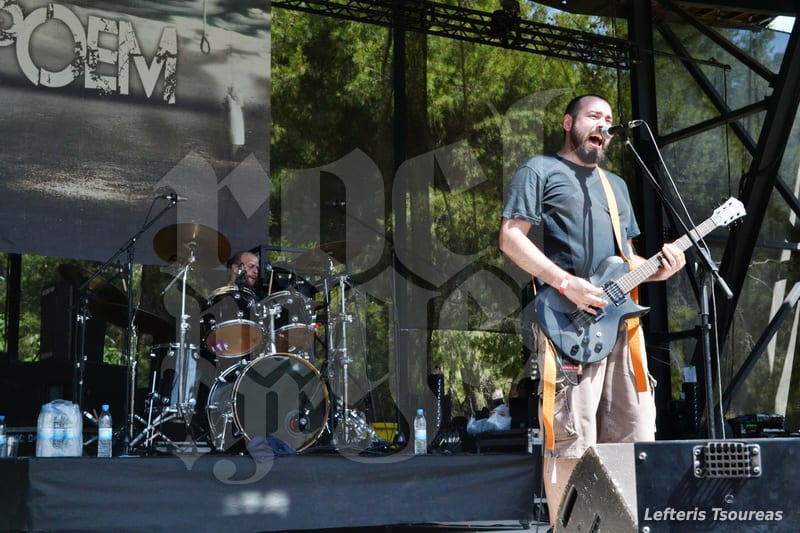 I’d say that during the 20 minutes that I managed to catch Poem (unfortunately I have nothing to say about Tardive Dyskinesia because I didn’t make it on time to watch them) the situation was horrible and the band looked affected from the almost 40 degrees at the moment. The band did its best they weren’t worthy of a situation like that. 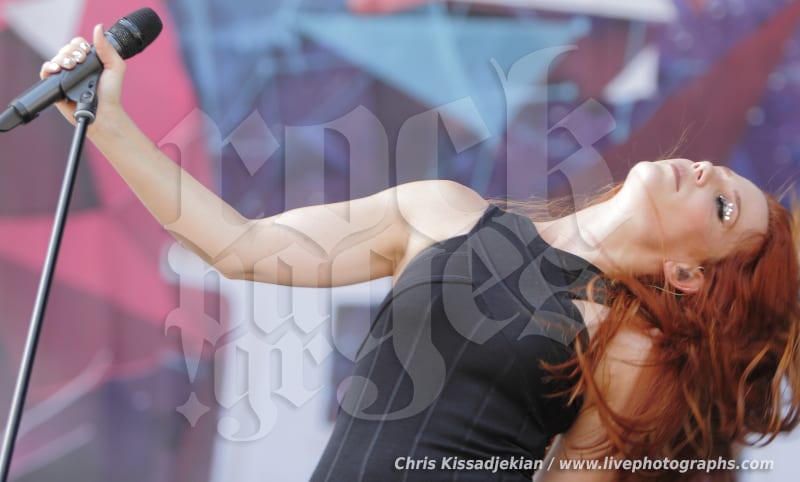 On Terra Stage Mark Jansen called “heroes” all those who were waiting under the hot sun to watch Epica. And he was right. The more experienced Dutch didn’t seem affected from the heatwave and their performance was very good with Simone Simmons getting better and better. Epica played a “best of” set with three songs from their recent “The Holographic Principle”, which was one hour long and didn’t leave anyone unhappy.
Setlist: Eidola, Edge Of The Blade, A Phantasmic Parade, The Essence Of Silence, Ascension-Dream State Armageddon, Unchain Utopia, Cry For The Moon, Sancta Terra, Beyond The Matrix, Consign To Oblivion 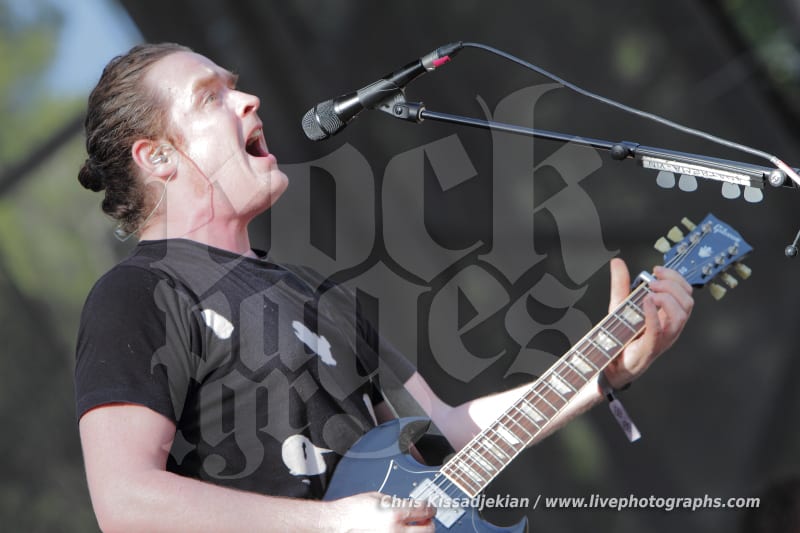 Moving on to Anathema I have to confess (as well as other colleagues of mine had done) that this band cannot give what it’s supposed to give when the sun is up. We’ve seen that every time they played in a festival. The same goes for this performance. Anathema’s sound and stage craft is special and situations like that can make the audience feel bored. Yes, I was tired with Anathema and that wasn’t the first time. And to add salt to my wounds they didn’t play “Fragile Dreams”…
Setlist: Untouchable part 1, Leaving It Behind, Endless Ways, The Optimist, Thin Air, Springfield, Closer, A Simple Mistake. 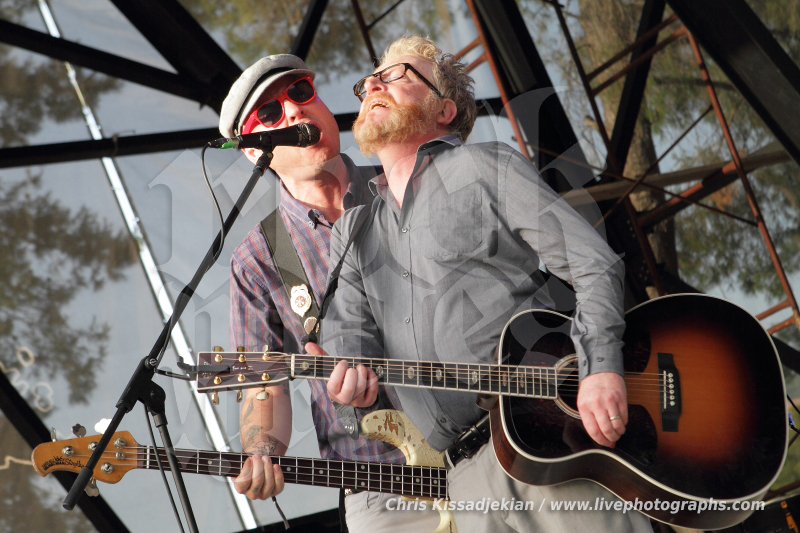 I didn’t have a clue about Flogging Molly who followed on Vibe Stage. Looking around for them I saw that they are popular in social media, but I was sure right from the start that I wasn’t going to like them. Watching them live I decided that I wasn’t ever going to buy one of their albums, but what I was watching was well rehearsed and performed. Irish folk with a touch of punk and some not very usual musical instruments was enough to fill up the space in front of the stage that was dancing like maniacs, despite the heat that was a bit lens intense by that time.
Setlist: The Hand Of John L. Sullivan, Swagger, Selfish Man, Drunken Lullabies, The Worst Day Since Yesterday, Requiem For A Dying Song, Saints & Sinners, Life In A Tenement Square, Float, Tobacco Island, Crushed (Hostile Nations), Salty Dog, Devil’s Dance Floor, If I Ever Leave This World Alive, What’s Left Of The Flag, The Seven Deadly Sins 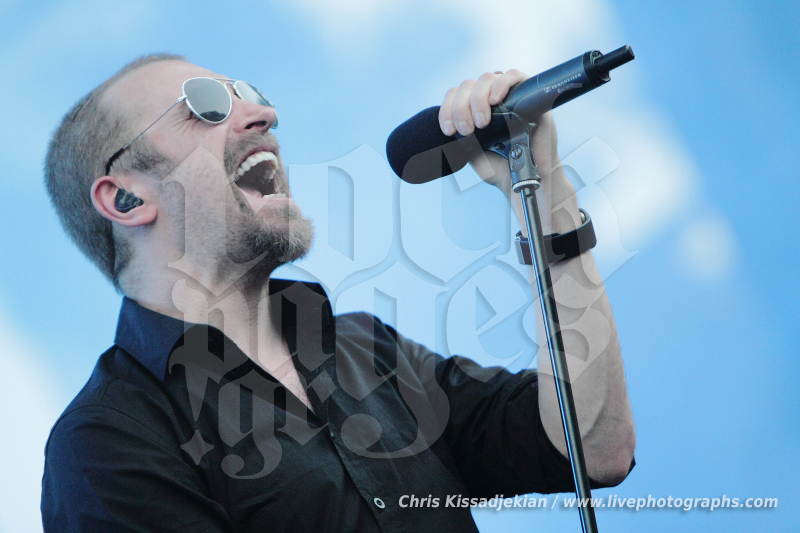 Back to Terra Stage and Paradise Lost’s best festival performance in Greece. It was a great show from the five men in black from Halifax that made amends for previous festival shows of theirs that evoked bad comments. The band was explosive with an amazing setlist that got me covered personally and makes me wait for “Medusa” more eagerly in early September, as well as their next show in Greek soil. Their performance was amazing!
Setlist: No Hope In Sight, Pity The Sadness, One Second, The Enemy, Faith Divides Us – Death Unites Us, Hallowed Land, Return To The Sun, As I Die, Embers Fire, Say Just Words, Beneath Broken Earth, The Last Time. 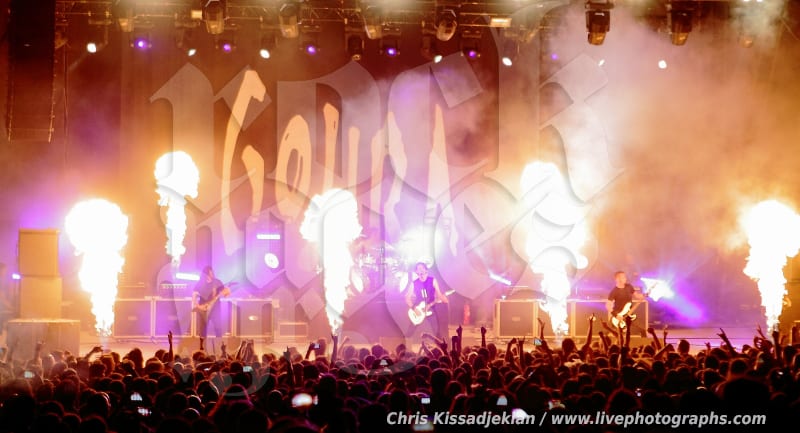 Gojira have gone up a couple of levels since I saw them in Athens for the last time in 2009. Their performance was great and the same goes for their light show with several fires on stage and of course their show. Also, the crowd’s reaction to Gojira was superb, which speaks volumes of what happened. That reaction went over the top as the French left Sepultura’s “Territory” for last.
Setlist: Only Pain, The Heaviest Matter Of The Universe, Silvera, Stranded, Flying Whales, The Cell, The Shooting Star, Toxic Garbage Island, Backbone, Terra Inc., L’ Enfant Sauvage, Oroborus, Vacuity, Territory. 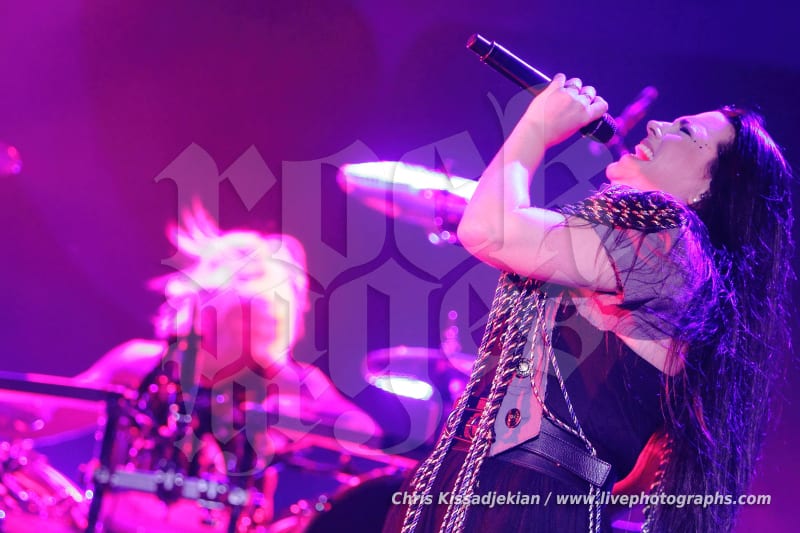 I think that Gojira and Paradise Lost were the best bands on day 3 of Rockwave Festival.

… and that’s because Evanescence, the headliners, who were last were good. Just good! The Americans did what they had to. They focused an 80-minute set on 4-5 hit songs that are more than 10 years old and spread out with ballads playing it safe with their mainstream material. Except from Amy Lee’s voice and communication charisma they have nothing else to show, well they have “Bring Me To Life” as well. It’s not their only good song, but I think that if they didn’t have that they wouldn’t have been that successful and popular worldwide. 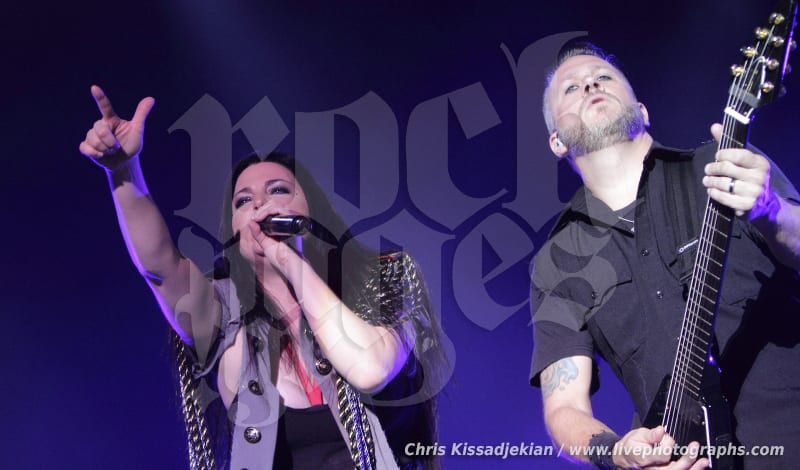 I really can’t say why I like Evanescence! But, I am sure that they thousands of cell phones that went up in the air on the first notes of “Everybody’s Fool” among others is the band’s answer to any possible doubt. It was a good performance, but there wasn’t something new, or something that would get you off your feet musically, or even visually.
Setlist: Everybody’s Fool, What You Want, Going Under, The Other Side, Lithium, My Heart Is Broken, Your Star, Made Of Stone, Haunted, Weight Of The World, Say You Will, Whisper, Call Me When You’re Sober, Imaginary, Bring Me To Life, My Immortal, Disappear. 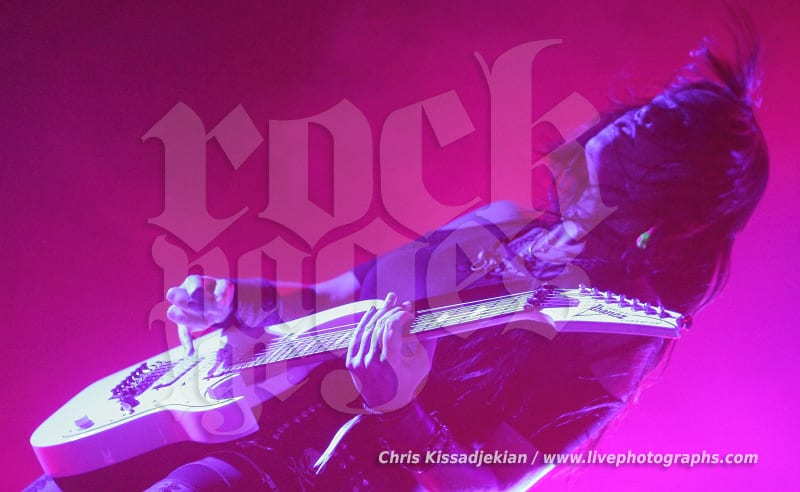 Rockwave 2017 was over and I can say with confidence that it was the best line up we have seen for years. What was also important was that the schedule was followed precisely, although at some point we should stop mentioning that, as it’s supposed to be the case every time.
Good job from everyone involved and let’s hope for an even better festival next year and not as hot!
Dimitris Kazantzis
Photos: Chris Kissadjekian, Lefteris Tsoureas 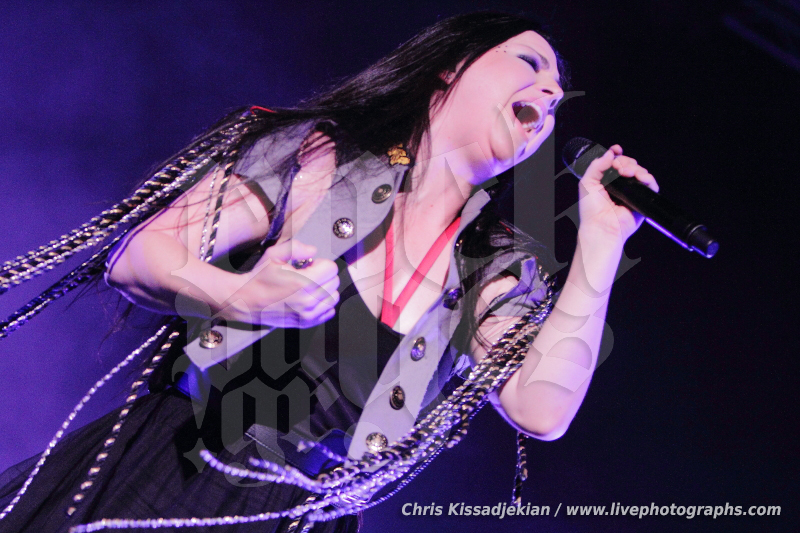