It was a weird atmosphere that Saturday when Rockwave Festival was taking place with most people in the country feeling confused to say the least. Judas Priest were the headliners on Vibe Stage and the only international band for the heavy metal scene. On the other stage Prodigy were headlining with John Garcia and his band being a very interesting spectacle for the fans, which unfortunately due to an impressive stroke of bad luck which climaxed with an impressive fall of one of our colleagues inside Terra Vibe premises, we wouldn’t watch, as well as the Greek bands (Exarsis, Maplerun) except Rotting Christ. The good thing is that we’ve got an exclusive video interview with Judas Priest, and something more very special for all of you, that is coming pretty soon…

With the intro of ‘666’ playing over the PA, Lucifer’s presence was felt in and around Rockwave’s vibe stage. Despite the sun and the inconsistency in the sound’s quality, Rotting Christ’s discography and its bond with the crowd are more than enough to make their every performance a festival highlight. The greatest Greek metal band emphasized on ‘Kata ton Daimona Eaf̱tou (Do What Thou Wilt)’, with five songs from that album, without forgetting their past. The very last song, ‘Non Serviam’ had more than one reasons to be played. We eagerly await their Iive album, ‘Lucifer over Athens’, as well as the band’s next record. 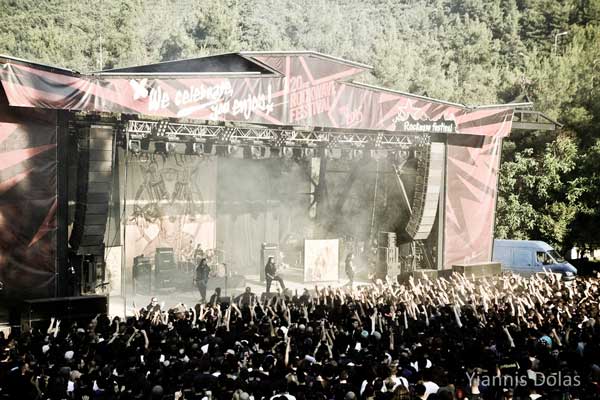 The festival’s schedule was kept intact and every band was on time without having two bands playing at the same time on both stages, so you could watch all the action, although when Rotting Christ were over nobody seemed to move from their place, since Priest were to follow… 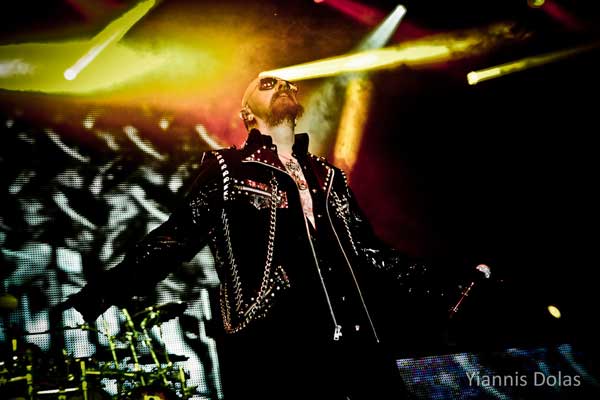 Metal god fathers were like a bull in a china shop with “Dragonaut” from “Redeemer Of Souls” opening the show followed by classics “Metal Gods” and “Devil’s Child” grabbing the crowd by… the hair! Rob Halford, the “Metal God” was in good shape, he changed costume several times and did pretty well throughout the show, something that spread enthusiasm to the crowd that overall seemed affected by the political turmoil, except from the first rows that were going bananas. The rest of the band was very strong with captain Glenn Tipton being simply awesome with his playing and classic posing. Richie Faulkner, always the new guy, with four years already in the band is totally at ease with his impeccable style and cool image. On the right side of the stage Ian Hill with his feet stuck on the ground for the last forty years or so, was blasting his thunderbolts on the huge mountains Scott Travis was raising with his drums. 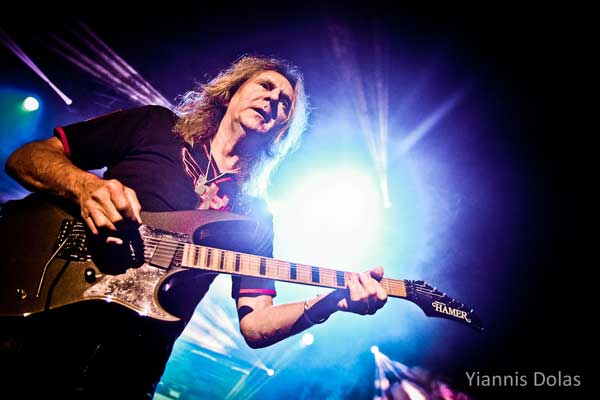 There were no stage props other than the video screens that were showing some graphics and video clip kind of footage at times, as well as the band towards the end of the show. At least, the bike was there on “Hell Bent For Leather” -which was played a bit earlier than usual- and stayed on stage until the end of the concert. 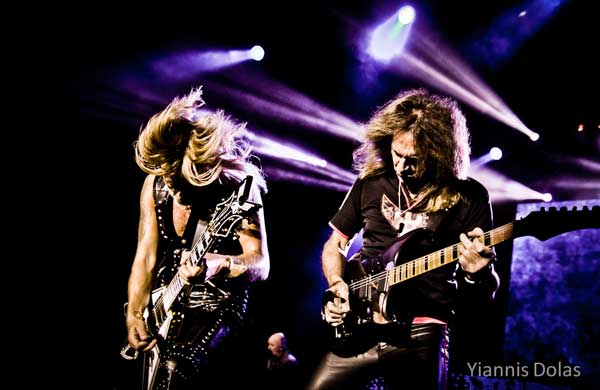 Sure, I’d love them to play “Touch Of Evil” and maybe a couple more obscure songs from their huge discography, or even “Down In Flames” one of my favorites from “Redeemer…” but they played their tour set with no surprises in 90 minutes. I’d say that their performance was a bit inferior that the last time we saw them in Athens, but maybe that’s natural. What counts though is that this emblematic metal institution can still play on top level with enormous energy keeping the audience on its tows and holding the flag up high for heavy metal with its classic, timeless hymns. 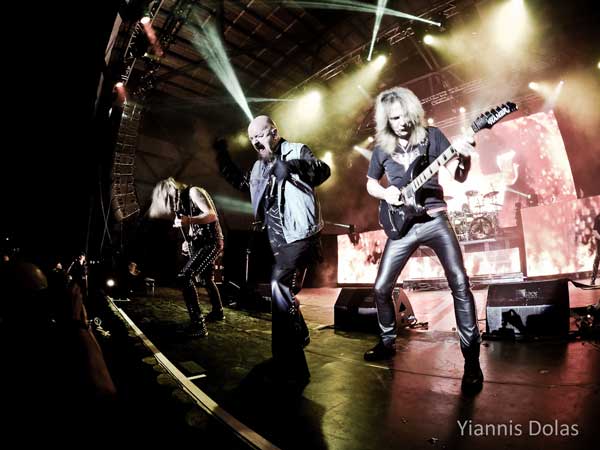 Of course, all of the above earn an even more special meaning when, after the carefree ultimate party anthem “Living After Midnight” and with the show and the band’s visit coming to the end, you hear Metal God’s voice telling you: “you are deciding about your future tomorrow”… Respect! 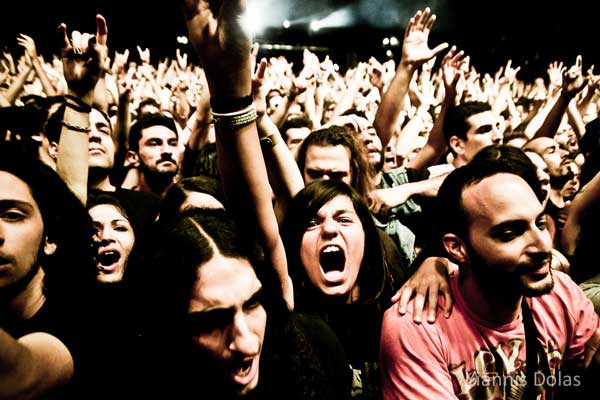