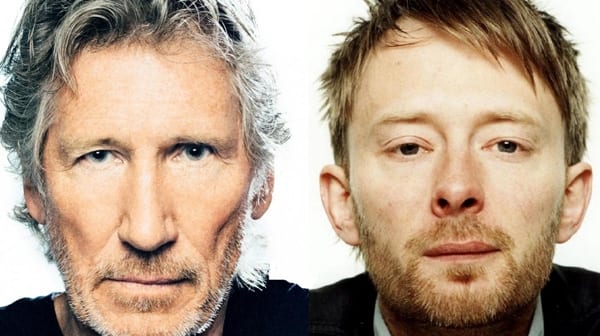 Radiohead’s show in Israel tomorrow (Wednesday, July 19th) has caused Roger Waters’ rage against the band. The last straw was when a few days ago director Ken Loach addressed to Radiohead and asked them to cancel their show even on the last minute and unite with the Boycott, Divestment And Sanctions (BDS) movement which calls for a cultural boycott of Israel and was set up to “end Israel’s occupation, racial discrimination and denial of basic Palestinian rights. Thom Yorke responded: Yorke responded saying: “Playing in a country isn’t the same as endorsing its government.”

That answer triggered Waters’ immediate reaction calling Yorke uneducated in the following statement: ): “My answer to people who say we should go there and sit around the campfire and sing songs: No, we shouldn’t. We should observe the picket line.

“Anybody who’s tempted to do that, like our friends in Radiohead, if only they would actually educate themselves. I know Thom Yorke’s been whining about how he feels insulted, people are suggesting he doesn’t know what’s going on.

“I sent you a number of emails, begging you to have a conversation. As did Brian Eno – you ignored us all, you won’t speak to anyone about anything. So it’s that kind of isolationism that is extremely unhelpful to everybody.”

Waters added: “I look forward to – if you feel like it, when you finish your trip to Israel, because you probably still will go – write me a letter and tell me how much good you did and how much change you managed to affect by chatting with musicians.”