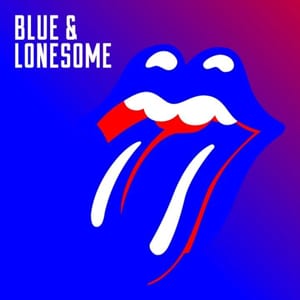 “Blue & Lonesome” is really the answer to the malicious question whether the Stones are alive or not? And since 2016 left them unscarred, I wouldn’t bet in favor of this being their last ever album. This is after all the biggest, most important and influential band in the world (let alone, still active)! 55 years of an illustrious career and 25 albums under their belts are sufficient enough numbers to leave you in awe, right?

“Blue & Lonesome” is a clear indication that the Stones take a turn to their roots. The basic elemnt this time is the blues factor that at moments reigns over the ever present rock musical stamp. After all, the blues influence was always in the DNA of both Jagger & Richards, as they say in the liner notes of the booklet. The case in point here is the magnificent title track, and “All of Your Love”, “Everybody Knows About My Good Thing”, “Hate To See You Go” and “Hoo Doo Blues”; songs that help retain the blues tradition well into the 21st century. Blues sound and harmonica are the two key characteristics of this album that one can easily listen to it as a whole or why not in separate tracks at a rock club.

I can’t really predict if this album will stand the test of time but on the other hand I truly believe that this is irrelevant and unimportant. Stones have left its permanent stamp lots of years ago and the band’s contribution is immense…as immense is the release of “Blue & Lonesome”. I am curious enough to see how many of the so called rock stars of our day will get to release in their “pension years” even one remarkable record…even just one! Respect!