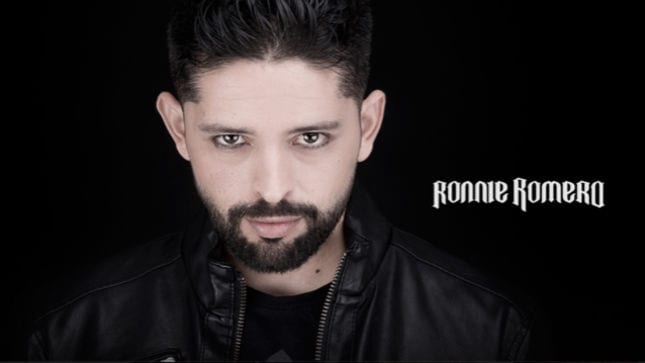 Ritchie Blackmore’s wife has called new RAINBOW frontman Ronnie Romero “an amazing find” who “checked all the boxes” when it came to his live performance and singing ability.
Romero, originally from Chile but now settled in Madrid, Spain, made his live debut with RAINBOW in June 2016 after he was selected by Ritchie to front the latest version of the band Blackmore had formed after quitting DEEP PURPLE.
Candice Night, who has been married to Ritchie for nine years but has been together with the legendary guitarist for nearly thirty, told “Rock Talk With Mitch Lafon” that she came across a video of Romero while having a late-night discussion with Ritchie about a possible RAINBOW comeback.
“It was a 2-o’clock-in-the-morning YouTube search where Ritchie and I were talking about… He had been mentioning maybe reforming RAINBOW and the pros and cons of using people that had names or didn’t have names or what to do, and he wasn’t really sure — it was kind of back and forth,” Candice recalled. “So, honestly, I just looked up some bands that did cover work of [Ronnie James] Dio-era RITCHIE BLACKMORE’S RAINBOW [songs], and I discovered… There were three guys — I narrowed it down to that — that I thought were amazing, and I showed all three of them to Ritchie, and Ronnie was definitely the forerunner — I mean, far and away the forerunner.”