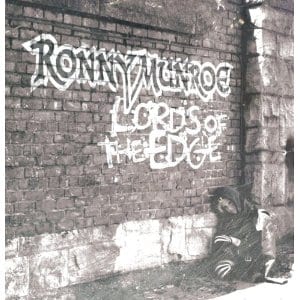 The man from Tacoma returns with his new solo album. This seems to be a returns that does justice to his tireless efforts the last few years as it’s no secret that Munroe is one of the most hard working musicians of our time.
“Lords Of The Edge” is an astonishing sample of heavy metal music. An album that not only has everything that a true metal record should include but it also possess the best elements of two worlds: the traditional heavy metal and the modern steps towards the new sound of the genre. The main characteristics of Munroe’s latest effort are the crystal clear sound, the memorable choruses while the guitar hooks, riffs and solos are handled by such recognizable names as Michael Wilton, Chris Caffery and Stu Marshall…so you get the main picture of what you are gonna get with this one! The majority of the songs are pretty up tempo but at the same time very melodic while Munroe makes no effort whatsoever to sound like no one else but himself! Probably the sole exception to the rule is the title song that could easily be a tribute to Iron Maiden’s classic “Children of the Damned”. All in all, Munroe has delivered yet another brilliant album and we recommend the purchase of “Lords of the Edge” without any second thought or hesitation whatsoever!