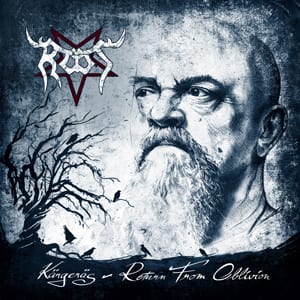 Root are from Czech Republic and their case is quite curious. They were founded back in 1987 and it’s one of the bands that showed up before the second wave of black metal. They followed the footsteps of Venom and Bathory, but soon they evolved into something different because the extreme vocals and extreme music started to step aside. Their 30 years of presence in the scene finds them with their 10th full-length album that is concept and continues the story form “Kargeras” released in 1996.

They may be presented as a legendary black metal band, but as I said before they have nothing to do with this sound anymore. It’s like presenting Anathema as doom/death metal. Root play mid-tempo heavy metal with the distinguished vocals of their founder Jiri “Big Boss” Valter being their trademark. He sings with an operatic style, something that you don’t usually see in bands outside the symphonic metal sound, and also produced this album (like some others before) doing a good job. In general, Big Boss is an iconic figure of the scene. He made guest appearances in albums of Moonspell and Behemoth, he has played hundreds of shows worldwide and is the founder of Church of Satan in Czech Republic. However, “Kargeras…” didn’t get me very excited. On one hand, these vocals were never really my style. On the other hand, the music is at least mediocre without giving many thrills. Especially in the middle of the album there are two long acoustic songs that made me yawn so much that hurt my jaw.