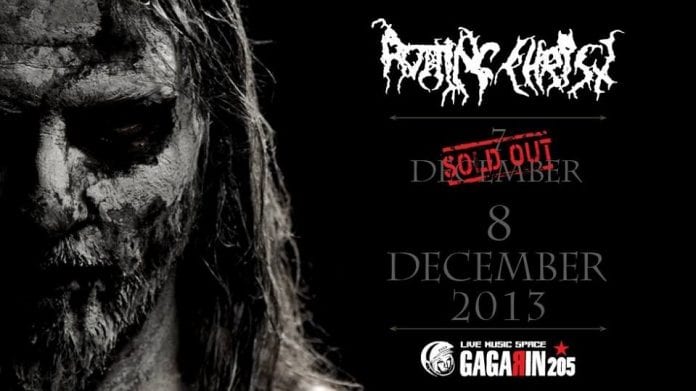 Did a Greek band made a sold out at Gagarin two days in a raw? Not exactly but we will talk about it at the end. Having heard on Saturday, things verging on hysteria about the performance of Rotting Christ, I had an extra reason to pay special attention on Sunday. The performance was sold out and people were huddled up inside and outside the club.

The support bands were Necrovorous and Slaughtered Priest and despite the fact that their performances were decent, they were more unlucky than lucky, being in a position that any band of this kind would want to be. There were so many things that Sakis Tolis and his colleagues provided to the fans that there was no room for that audience to deal with anyone else. 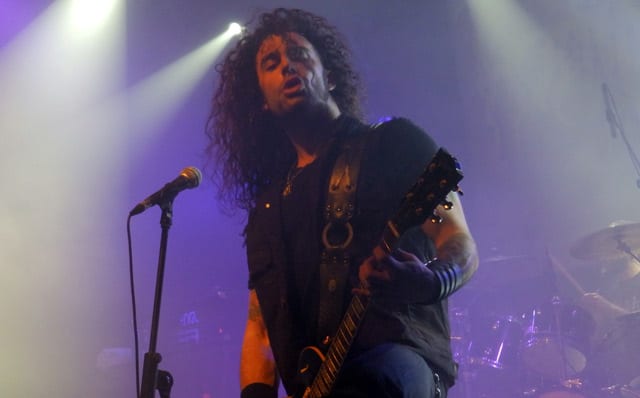 Two hours and fifteen minutes of music pleasure for the fans who retaliated with worship what they received. The amazing performance by the legendary band, the incredible performing and immediacy with the fans were the key elements of the Sunday concert.

We listened to songs of all the releases of Rotting Christ and we got impressed by the performance of those of the first period which- to tell the truth- are listened difficult and by few people on vinyl or CD. There were continuous mosh pit in front of the stage and constant urgings from the band not to stop even for a moment.

I use to write in my live reports about the top moments of a concert; I won’t do it now though. The top moment was the entire concert from the intro till the outro. A tireless band and entranced fans had created the ultimate feeling of a concert. Really, I don’t remember to have seen something like this in a concert.

Closing this report, the only thing I’ll say, is that I can’t wait to see live this great band again, so simple… 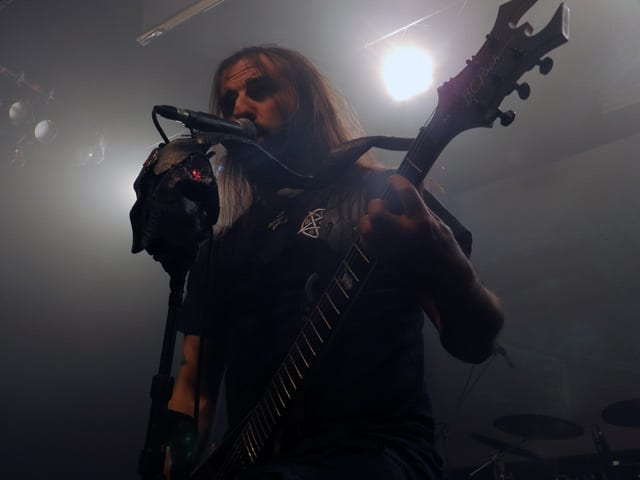 Saturday at Gagarin was a night to remember. This year, Rotting Christ complete 25 years of existence and 20 years since the release of their debut ‘Thy Mighty Contract’, and promised a one of a kind, long and intense experience. The show was sold out both days, a testament to the enthusiasm of the Greek metal fans for the special occasion.

Around 9:30 a slideshow with dark paintings by William Blake and others was shown, in order to get us into the right mood. Then the band came on stage with ‘666’ off their brilliant last record ‘Kata ton Daimona Eautoy’, from which we heard five songs in total. Two and a half hours, including a short break, thirty something songs and two encores later we were left with a devastating live show that covered the entire history of the band from 1989 demo ‘Satanas Tedeum’ until today. Our necks were sore, our bodies beaten – just the way it should be. Celebratory atmosphere, glowing eyes, great performances and sound (Sakis Tolis truly tested his voice’s endurance) and of course a fitting response from the crowd with relentless singing, headbanging, moshing etc.

There were lots of highlights to be found in this ‘Evening with Rotting Christ’ type of show such as Athanati Este’, ‘Nemecic’, ‘Feast of the Grand Whore’, ‘Grandis Spiritus Diavolos’ (what a masterpiece), ‘Non Serviam’ many more. It was a spectacular live show by the best metal band in Greece. May they continue for another 25 years. 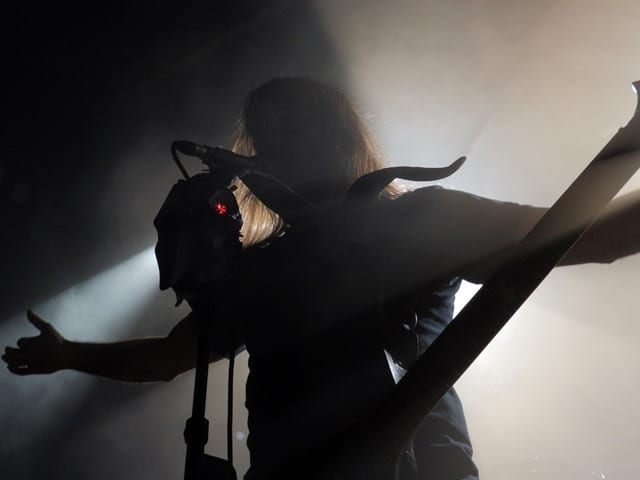