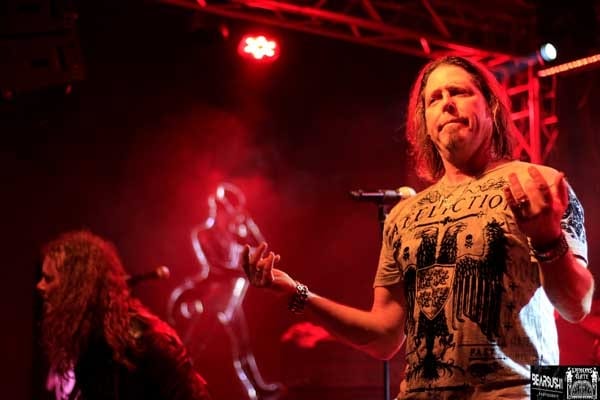 I am forced to start yet another report with my usual nagging concerning the attendance. If a Soul Cages and Royal hunt concert isn’t enough to rally more than 250 fans then we shouldn’t expect similar events to happen in the future. We will remain doomed to watch the same acts over and over, trapped in an endless déjà vu. And as a bonus feature lingering like a ghost over our heads the rhetorical question “Why the promoters don’t bring…….. (insert band name)”. That is how I imagine the concert version of hell. 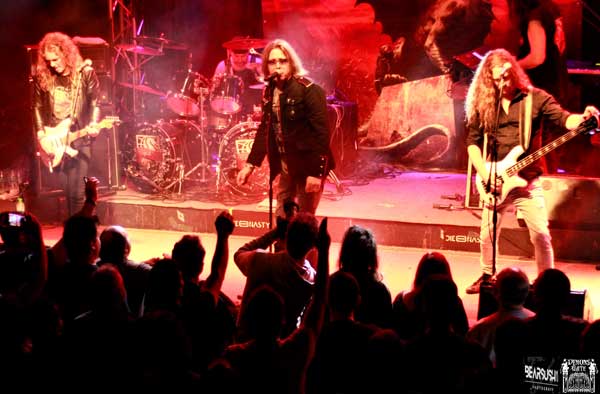 And now that I confessed my concern I can proceed with the facts of the evening. One hour after the announced starting time (should I nag again???), Athenian band New Past hit the stage. They define themselves as Progressive rock and that’s about right. I have to admit that their style is a bit of a heavy load to bear in a concert environment, quite introvert and relatively close to Pain of Salvation. I found the idea of video projection on the stage backdrop very interesting and the images where well balanced with the music. I would like to check their studio material and make the comparison. 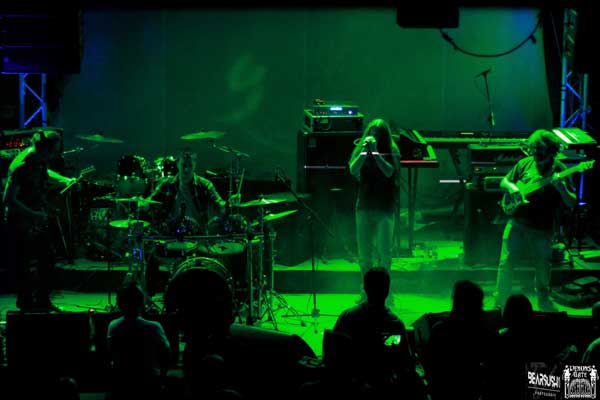 Soul Cages appeared for the second time on the Kyttaro stage. The first thing that one notices is the apparent joy they feel while delivering their material in front of fans and friends. Greece has always been very welcoming for the band and it wouldn’t be an exaggeration to say that they have established their main fanbase here. I have to admit though that their previous appearance was better especially in terms of coherence. Nevertheless their melodic and progressive material reached out and touched every soul present. 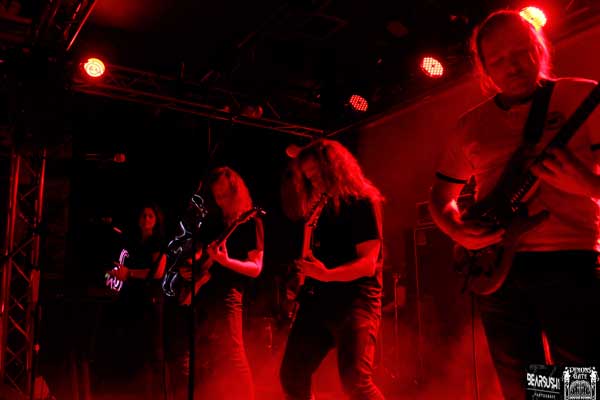 The clock stroke midnight and the headliners appeared on stage. The first notes of Last Goodbye excited the audience but when D.C. Cooper started singing I felt like the spell broke and the carriage went back to its pumpkin state. It was more than obvious that something was awfully wrong. This was the last gig of the tour and apparently the fatigue had taken its toll, affecting his abilities. It took at least two more songs before warming up and improve his singing significantly. But the thing that remained on the highest level throughout his entire performance was his presence as a frontman. Communicative, imposing and in constant motion. He maintained contact with the audience at all times and didn’t hesitate to walk among the crowd while singing and posing for photos with the fans. 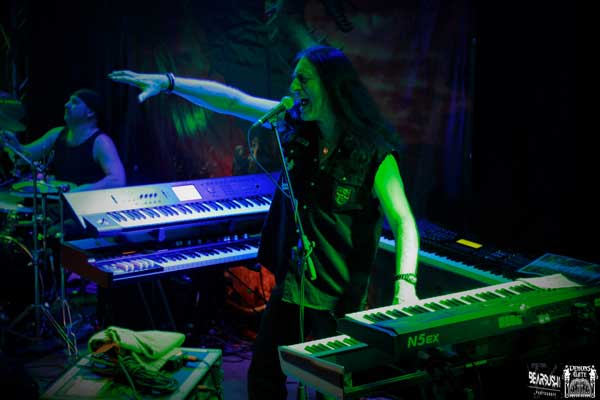 So Cooper’s performance improved but what remained stagnant for the entire set was the use of prerecorded backing vocals and the failed attempt of the band members to lip sync. Backing vocals is the backbone of the Royal Hunt grandiose delivery. I firmly believe that they should either perform these vocals live or at least come up with a way that prerecordings exist only as a background aid and that alone. Apart from this disappointment the gig offered some great moments. The setlist was filled with iconic songs from the band’s entire catalog and given the circumstances all musicians laid down highly professional performances. After 105 minutes they bid us farewell and I find the fact that a concert ended that late very disturbing. Many fans had already left and the band was forced to bow before a half empty venue. I also have to acknowledge the fact that the band stayed inside the venue in order to take pictures and sign autographs with the few remaining and patient fans. That shows a high level of dedication on both ends. 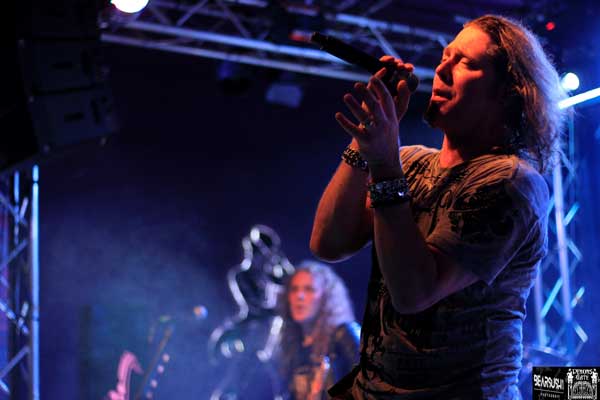