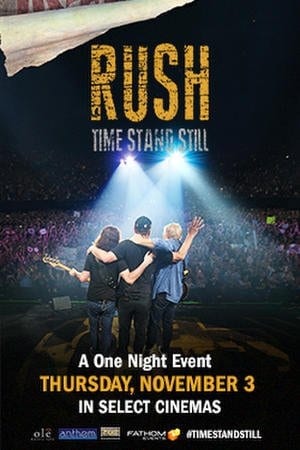 A documentary offering a behind-the-scenes look at Rush‘s R40 Tour is headed to theaters for a special one-night screening event later this year.
The R40 dates, billed as the band’s farewell to full-scale touring, have already been commemorated with last year’s R40 Live, but the new film — titled Rush: Time Stand Still — adds a more fan-focused twist. Promising “a raw, intimate and vivid look” at the shows, the synopsis calls Time Stand Still “a documentary event which covers the R40 tour and the unique relationship Rush have with their devoted fans.”
Those fans will get their chance to see it all unfold at select locations on Nov. 3.