A Saturday bight with a double tribute attack of Remember Lizzy and Saints & Sinners made the journey to Kyttaro club absolutely essential.

I got in a bit late with the sound of John Sykes’ “Please Don’t Leave Me” coming from the stage with a different singer from Michael Dandoulakis on stage, John Kalivas from Flying Mercury (wearing a special costume especially for the night), and a different drummer, with Lefteris Kaffetzis, instead of Akis Gavalas. The first was the case of a special guest, but on the second it was a health problem that didn’t allow Gavalas to perform and Kaffetzis, former member of the band, filling in literally in the last moment to save the day despite the fact that he haven’t rehearsed the setlist. Things like that win the respect and the admiration of everyone. 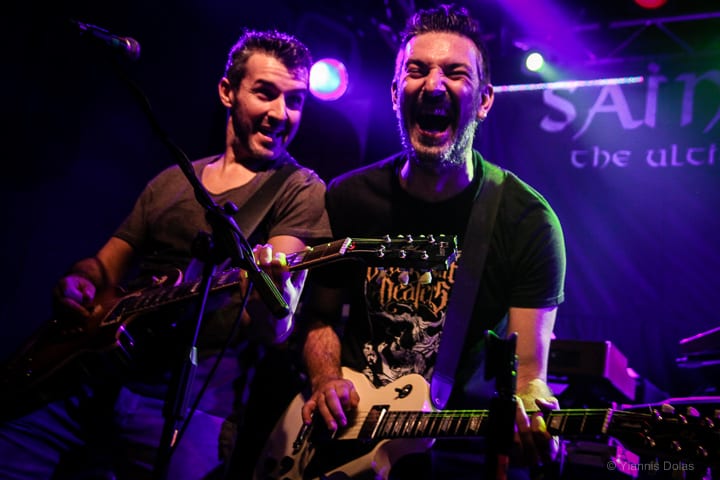 One of the best Greek tribute acts, if not the best, justified once more its fame and despite the drummer replacement performed with lots of love, feeling and precision the songs of the legendary Thin Lizzy. As mentioned before what was the revelation of the night was John Kalivas’ performance on “Holy War” and “Out In The Fields”. Not that Michael Dandoulakis’ who returned to the microphone for the epic “Still In Love With You” lacked. Plus, it’s worth mentioning that for the first time ever the band invited on stage Lefteris Pouliou to play saxophone on “Dancing In The Moonlight”. Therefore our next meeting with Remember Lizzy is set for April for the annual Gary Moore tribute, as well as the album debut of Noely Rayn that the band members play on.

Rosalie, Johnny The Fox, Bad Reputation, Massacre, Over The Hills And Far Away, Please Don’t Leave Me, Holy War, Out In The Fields, Still In Love With You, Dancing In The Moonlight, The Boys Are Back In Town, Róisín Dubh (Black Rose): A Rock Legend

After the short break in between band so that the stage was ready to welcome Saints & Sinners, the Greek Whitesnake tribute band that this year celebrates its 4th anniversary the 30(!)-song marathon took off paying its respect to David Coverdale’s personal band, as well as his Purple days. 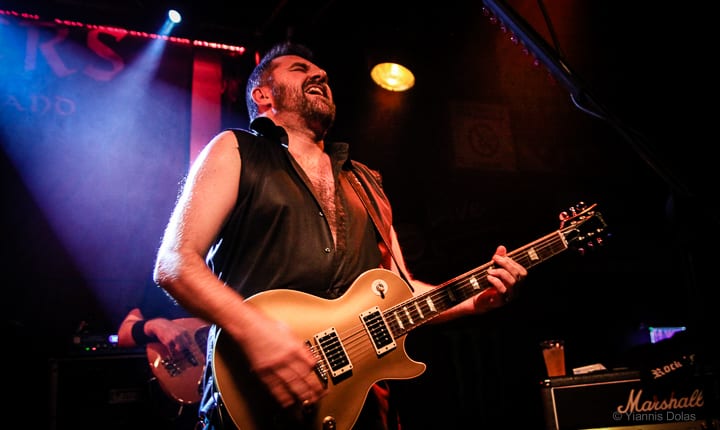 Dandoulakis changed shirt and devoted to the difficult task of signing on the 30-piece setlist spanning the entire Whitesnake career, with all the big hits included, as well as some more obscure songs that caused quite a steer to the enthusiastic audience. On guitars Manolis Tsigkos and George Maroulis went through all Snakes’ guitar phase and were pretty good on the passage through Deep Purple songs “Sail Away”, “The Gypsy”, “Stormbringer”, “Mistreated”. On the back of the stage George Papazoglou and Nikos Papadopoulos (another guy who was pulling double duty, as he played on both bands for almost 4 hours!) were keeping things tight on the rhythm section, while the left side was crammed in keyboards with the… maestro Makis Tselentis and his signature mirro-glasses being one of the coolest persons of the evening. 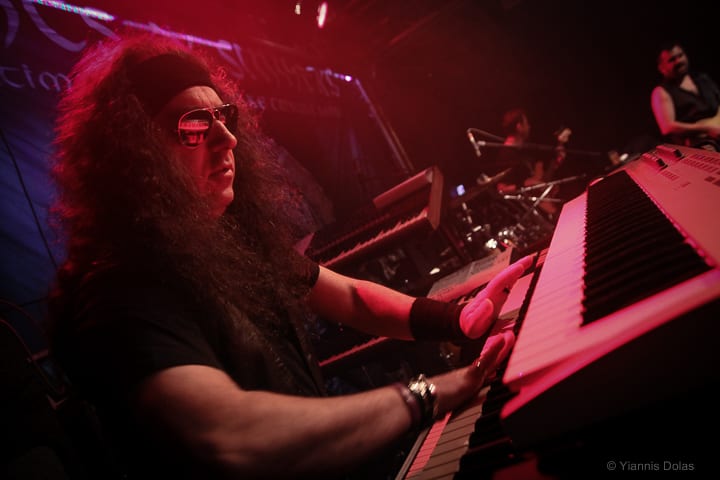 Honestly, when you witness a huge task like this there is no room for comments, and actually even the most demanding fan should be happy with 30 songs. In fact the level and the professionalism of those musicians wouldn’t even leave a hint of mediocrity out there. The crowd attendance can be judged as satisfactory even though Kyttaro club wasn’t filled to the brim, but at least it looked almost full and both those great tribute bands returned the favor to their fans’ support.

Sailing Ships, Victim Of Love, Standing In The Shadow, Slide It In, Ready’n’Willing, Gambler, Fool For Your Lovin’, Young Blood, Saints And Sinners, Blindman, Walking In The Shadow Of The Blues, Lovehunter, Slow’n’Easy, Medicine Man, Love Ain’t No Stranger, Ain’t No Love In The Heart Of The City, Trouble, Sail Away, The Gypsy, Stormbringer, You Keep On Moving, Mistreated, Here I Go Again, You’re Gonna Break My Heart Again, Guilty Of Love, Gimme All Your Love, Is This Love, Don’t Break My Heart Again, Crying In The Rain, Still Of The Night