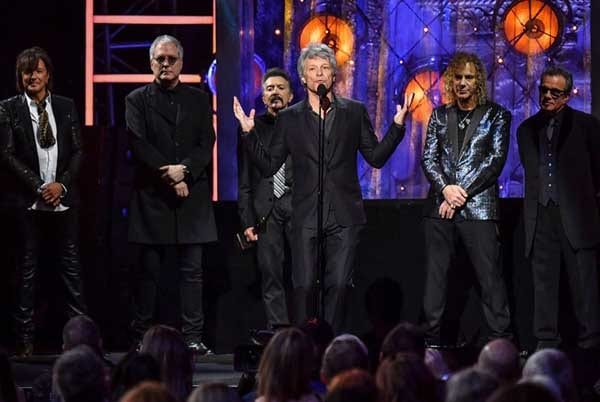 Last Saturday, April 14th, Richie Sambora got on stage with Bon Jovi to celebrate the band’s induction into Rock’n’Roll Hall Of Fame. Also, bassist Alec John Such played with them for the first time since 2001. They played three of their biggest hits “Livin’ On A Prayer”, ”You Give Love A Bad Name” and “It’s My Life”. Bon Jovi were inducted by famous radio producer Howard Stern. Also, what was interesting was the backstage interview where a journalist asked if the reunion will also apply on the band’s new album. Jon said: “I think Richie’s got his own career, maybe you’ll have to ask him.” He tossed it over to Sambora, who replied: “If he asks me…”