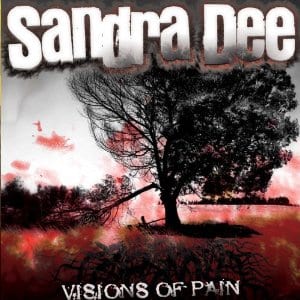 This fairly unknown outfit from Chicago was formed at the tail end of the 80s and became actively involved in the current music scene in the beginning of the next decade, “Visions of Pain” is actually a collection of unreleased songs that never got to see the light of day (or the darkness of night) but the band presented them in their live shows to an unsuspected audience.
Sandra Dee balances in between the hair metal sound (that was singing its swan song back then) and the tougher, street attitude sonic assault of the day with a few hints of the newly breed alternative music. That being said, the avid listener of White Lion or Winger may fins something appealing to these songs but definitely the fans of Alice in Chains and The Cult will love them. All in all, a remarkable collection of unknown songs cued from a golden era for the American rock n roll.
Highlight: If you wonder what does the name of the band mean, you’d better check the lyrics of Motley Crue’s “Come On And Dance”.