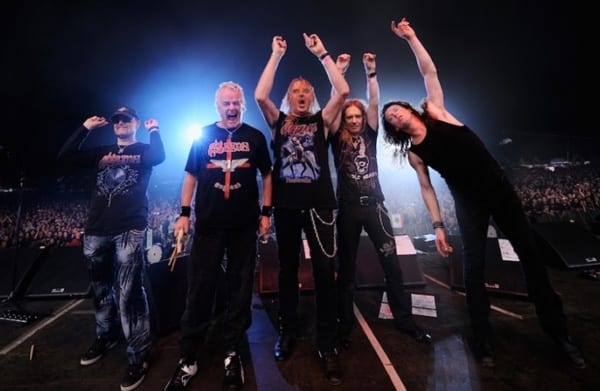 The British band and their crew had their phones, wallets and passports stolen from their dressing room at U Rock Festival in Sweden on Thursday, June 1st. Despite the theft Saxon managed traveled to their next show, but some members of the crew couldn’t. The group says: “[We’ve had] no luck in tracking the phones but we are checking regularly and the police are involved. We also have a witness, so hopefully this person is caught — especially before he strikes again!”