During Scar Of The Sun’s European tour supporting Firewind we had the chance to talk with singer Terry Nikas and got all the latest about their album “In Flood”, their thoughts about the future and their upcoming show in Athens after a long time. Interview: Mariza “Crash”

Rockpages.gr: Ιt hasn’t been long since we were present at the pre-listening session of IN FLOOD at Zero Gravity Studios. Since then, the album has been released, and after that, you toured with Firewind. What feedback do you have so far on the new album?

Terry Nikas: First of all, thank you very much for the interest you show for Scar Of The Sun! We received great feedback for the new album since the 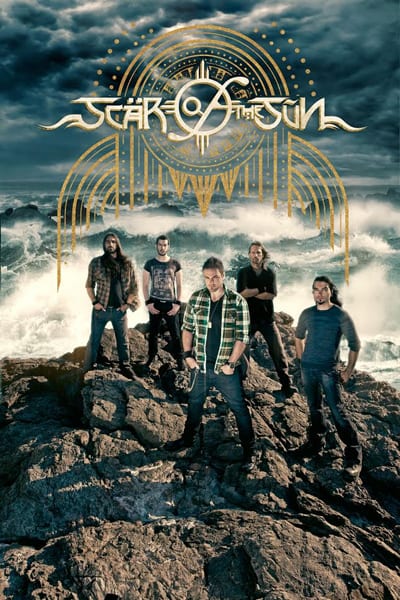 beginning, we got amazing reviews from many more countries this time, in comparison with our debut album, from USA to Australia and from Brazil to Japan, including the most commercial countries of the music industry. We had a slow start I can say, but gradually we were getting more reviews that were awesome in their vast majority. You will always have those that they won’t pay attention to an album when the band is not a big name, but that’s life. The truth is though that you get the most important feedback on the tour, when you have people coming over to talk to you in person.

Rockpages.gr: How did the tour with Firewind occur? Which country showed the biggest support towards Scar Of The Sun and what was the general impact of the tour?

Terry Nikas: The tour was very easy for us to book since Gus and Bob are very good friends of mine. We found out about the tour, we asked them and since they appreciate SOTS very much and they know us well because we opened for them in Athens at Fuzz club a few years ago they accepted immediately. They also know us in person very well and since they like a lot what we do the rest was easy. At this point we have to thank Firewind publicly and especially Gus and Bob because they accepted us and because they are treating us really great! I wish all the opening acts would receive the behavior we got from Firewind! So a huge respect to them and an even bigger thank you from us to Firewind! The countries that supported us the most were the UK and Germany, (the rest of the countries didn’t fall short though) and this is very encouraging since these are the two biggest markets in Europe. In that tour we experience a very pleasant situation because the reactions of the people towards the band were very warm, that much that I won’t get in detail because it will seem that I am exaggerating. We didn’t expect that either, to be honest…

Rockpages.gr: Αre you planning to tour Greece as well? How do you plan to support the new album?

Terry Nikas: We start the promotion of our new album with our headline show in Athens on the 1st of April with two very good bands, EIEN and Serenity Broken and we are in negotiations about other shows that we will announce when the time will come. On our show in Athens we will have the honor to play a couple of songs with our very good friend Marios Iliopoulos from mighty Nightrage. Marios is one of the best Greek guitarists ever and his music is a big influence for us! A lot of people were asking us to play live in Athens, so this is the most appropriate time to do so. Our aim is to play to other Greek cities too since till now we have played in Athens and Thessaloniki only. Playing in the rest of Greece is quite difficult because the most important thing for a show is to be promoted correctly and when you live far away you can’t control that. That means that when this will happen, it should be properly organized. When we will make sure this is viable, we will do it with all our heart. There are also some proposals for other shows outside Greece but we will also talk about those when we will have something certain. Generally we want to play everywhere, but only when the conditions are proper because we want people to come to a show and get what they deserve from us. 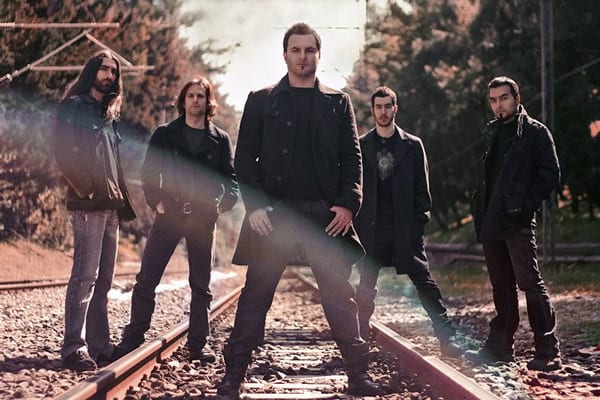 Rockpages.gr: Share your feelings about the first Scar Of The Sun album. When you compare it with the new one, where do you feel you are different musically, and how does your first album express you now?

Terry Nikas: Great question! I will be completely honest and thank you for this question! On our first album the vision was to do an album that will incorporate many different kinds of metal, like Orphaned Land and Funeral For A Friend were doing, through a modern atmospheric metal basis. The biggest part of the album was composed by me and I am not a guitar player so I didn’t compose many interesting guitar parts. Our second album is clearly based much more on interesting guitar parts since we now have two really great guitar players and composers. It is also more heavy and even more modern. Not everybody got our point but the vision is ours and it’s not possible for everybody to get what we do. So, I still love our first album, but we are not in the same mood anymore. I strongly believe that for a debut album is really mature, that much that many thought that we were confused and we didn’t know where we are heading because we left many doors open (on purpose) regarding the direction we will go in the future. If it was our fourth or our fifth album some people would accept it easier, but I would change very few things on that album even now!

Rockpages.gr: Even though “In Flood” is a brand new release, have you thought about the 3rd one yet or is it too early?

Terry Nikas: Before the tour we recorded the drums for our third album and after the tour we will continue the recordings. We finished composing the album about 4 months ago and the plan is to finish the recordings in April and finish with mixing and mastering in May. We want to release our third album before the end of 2017 and we already are in negotiations for our next European tour, that if we manage to book it, it will be our biggest and most important so far. We can’t say anything about it now, but we will when the time will come.

We would like to thank Rockpages.gr for supporting our band and we want to invite people to be present at our album presentation at An Club on the first of April because we will play a very interesting set and we are really looking forward to jam with Marios! It is really worth it to be there and we want to ensure everybody that they will leave with a big smile on their face! 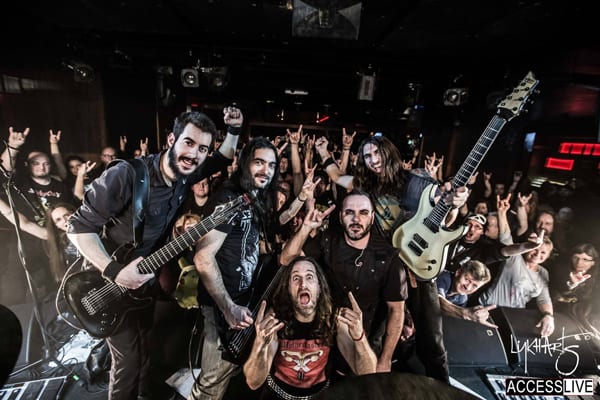